LONDON (Reuters) -Russia said on Thursday there was a risk of a man-made disaster at Ukraine’s Zaporizhzhia nuclear power plant and accused Kyiv and the West of planning “provocation” there on Friday during a visit to Ukraine by U.N. Secretary General Antonio Guterres.

A Ukrainian official dismissed what he depicted as a cynical assertion by Moscow and said Russian forces should leave the plant they captured soon after invading Ukraine nearly six months ago, demine it and remove any munitions stored there.

The Zaporizhzhia nuclear reactor complex (ZNPP), the largest in Europe, has come under repeated shelling, with both Moscow and Kyiv trading blame.

Russia says Ukrainian forces are recklessly firing at the plant, but Ukraine says Russia is deliberately using the reactor complex as a base to launch attacks against its population.

Russia’s foreign ministry said at a news briefing that a proposal from Guterres to demilitarise the area around the plant was “unacceptable”.

Russian defence ministry spokesman Igor Konashenkov told reporters Moscow was taking measures to ensure safety at the complex and denied it had deployed heavy weapons in and around the plant.

However, the ministry said a shutdown of the plant might be attempted if shelling continued.

Yevgeny Balitsky, head of the Russian-installed administration in Zaporizhzhia region, said earlier there was a risk that shelling could damage the cooling system of the reactor complex and was quoted as saying the plant was operating with only one unit.

It is not clear how the plant would be shut down, but the ministry said two of the plant’s six units may be put into “cold reserve”. The plant accounts for one-fifth of Ukraine’s annual electricity production.

Ukrainian state nuclear energy company Energoatom said shutting down the plant would increase the risk of “a radiation disaster at the largest nuclear power plant in Europe”. Disconnecting the complex’s generators from Ukraine’s power system would prevent them being used to keep nuclear fuel cool, in the event of a power outage at the plant, it said on the Telegram messaging app.

The Russian defence ministry accused Ukraine and what it called its “U.S. handlers” of trying to stage a “minor accident” at the plant in southern Ukraine to blame Russia.

It said the “provocation” was timed to coincide with a visit to Ukraine by U.N. chief Guterres, who arrived in Lviv or Wednesday and was due to visit the Black Sea port of Odesa on Friday, and that it may involve a radiation leak.

Reuters could not verify Russia’s assertion.

“There is a solution. You just need to take the (munitions)out of the halls, demine the buildings, release the plant’s personnel from cells, stop shelling (the southern city of) Nikopol from (the plant’s) territory and leave the station,” he wrote on Twitter.

In a briefing, Igor Kirillov, head of Russia’s radioactive, chemical and biological defence forces, said the plant’s back-up support systems had been damaged as a result of shelling.

Kirillov presented a slide, showing that in the event of an accident at the plant, radioactive material would cover Germany, Poland and Slovakia.

Guterres, who is set to meet Zelenskiy later on Thursday, has called for a halt to all fighting near the plant. 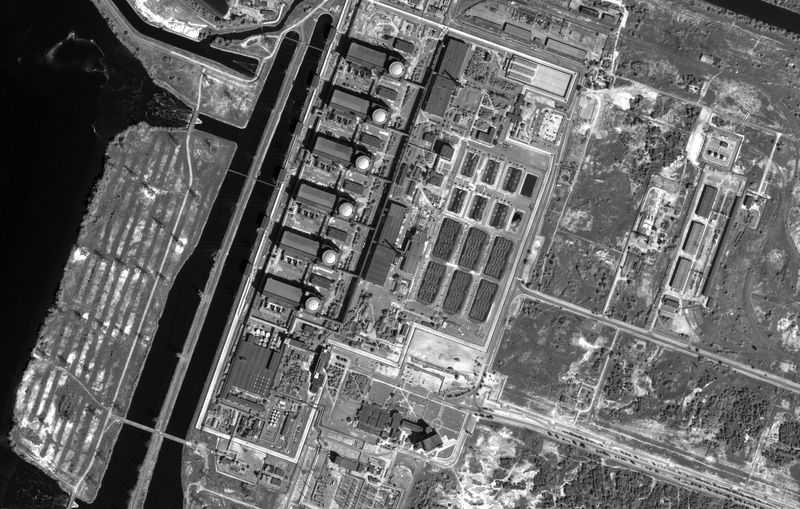 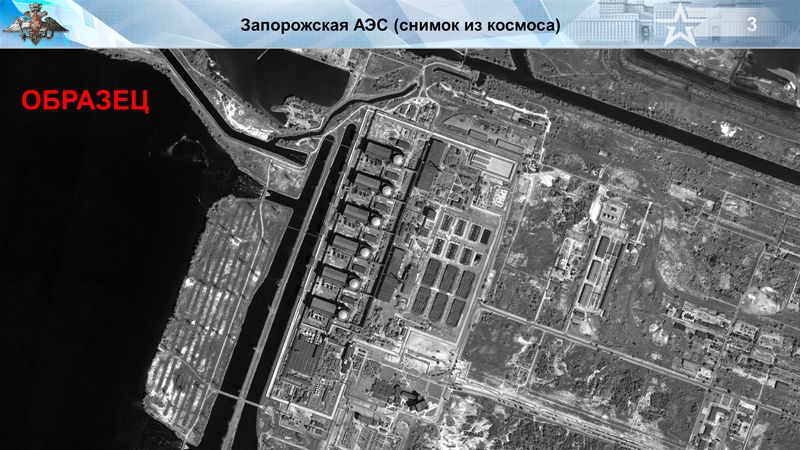