WASHINGTON (Reuters) – U.S. President Joe Biden’s climate law could help to expand a burgeoning but controversial industry that seeks to capture gases from rotting food and farm waste and convert them into fuel and other forms of energy.

The Inflation Reduction Act (IRA) Biden signed on Tuesday includes new tax credits for companies that build machinery, like anaerobic digesters, to capture climate-harming emissions including methane from landfills or animal manure lagoons and convert them into natural gas, electricity and heat. The biogas industry argues the technology is key to meeting the nation’s climate goals.

“This bill is probably the most helpful piece of legislation that we have had in well over a decade, maybe ever,” said Patrick Serfass, executive director of the American Biogas Council (ABC).

Many environmental groups have opposed the biogas industry, particularly the construction of on-farm manure digesters, because they are often economical only for large-scale farms. The groups argue new credits for the industry could incentivize already-big farms to grow, increasing emissions and other environmental harms such as runoff into waterways.

“We’re at a moment that really demands bold action on climate,” said Ruthie Lazenby, a staff attorney at the environmental justice clinic at Vermont Law School. “When you really dig into the details, it’s far less clear that biogas is actually a win for the climate.”

The law expands available tax credits for the industry to include biogas systems that produce heat and natural gas, previously available only to projects that generated electricity.

It also appropriates nearly $2 billion to the Department of Agriculture’s Rural Energy for America Program through 2027 and $8.45 billion to its Environmental Quality Incentives Program through 2026. Farmers can access funds through both programs to build pricy manure digesters that capture emissions from animal waste.

At present there are 2,300 biogas projects in the United States, according to the ABC. 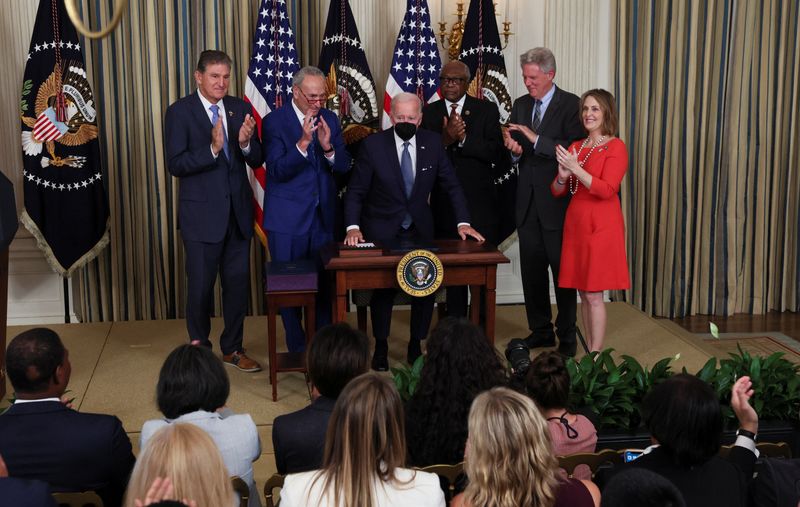