By Jonathan Stempel and Sabrina Valle

Occidental’s share price soared 9.9%, closing up $6.41 at $71.29, after the Federal Energy Regulatory Commission (FERC) said letting Berkshire add to its 20.2% stake was “consistent with the public interest.”

Berkshire had applied to increase its stake on July 11, saying it would not hurt competition, undermine regulatory authority, or boost costs for consumers. FERC regulates the interstate transmission of electricity, natural gas and oil.

“Buffett is taking advantage of stock market participants who are foolish about the oil and gas industry and consider it a dead business,” said Cole Smead, president of Smead Capital Management Inc in Phoenix, which owns Occidental and Berkshire shares. “Buffett thinks it can make him wealthy.”

Berkshire did not immediately respond to a request for comment sent to Buffett’s assistant.

Occidental spokesman Eric Moses said the higher ownership limit was “necessary” because the company owned assets subject to FERC regulation. It said the prior limit was 25%.

FERC’s authorization does not require Berkshire to buy any Occidental shares.

Buffett completed one of his biggest acquisitions, the $26.5 billion purchase of the BNSF railroad, in 2010 after Berkshire had amassed a 22.6% stake.

Morningstar analyst Greggory Warren said he “liked Occidental more as a wholly-owned subsidiary under the Berkshire umbrella” because it would reduce Occidental’s costs to access capital, and reduce exposure to commodity markets volatility.

“I can see him taking the whole thing private,” Sankey said, referring to Buffett.

Smead, in contrast, said Buffett is unlikely to buy all of Occidental soon, and can instead buy more shares on the open market at lower prices than in a full takeover.

“In the long run, he may, but you don’t file something like this with FERC if you’re planning it in the next six months,” Smead said.

Berkshire ended June with $105.4 billion of cash and equivalents, even after buying a net $45.2 billion of stocks in the year’s first half.

Buffett has pledged to keep $30 billion on hand. Occidental’s market value was about $66 billion after Friday’s run-up.

He also expressed confidence in Chief Executive Vicki Hollub, who has been reducing Occidental’s debt.

“She says she doesn’t know the price of oil next year. Nobody does,” Buffett said. “But we decided it made sense.” 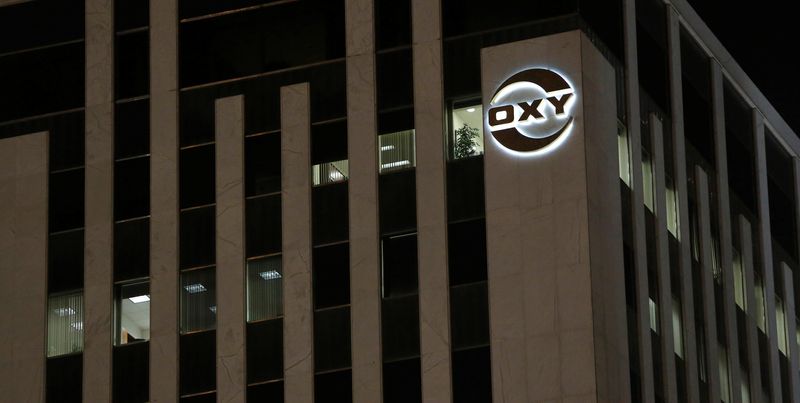