By Joanna Plucinska and Kuba Stezycki

WROCLAW, Poland (Reuters) – For Ukrainian soldier Dmytro Dovzhenko, embracing his family back in Poland after six months on the front line has a special poignancy as he tries to clear his mind of the image of a mother and child whose mutilated bodies had been tied together.

He came across the corpses in Irpin in early March as his unit fought to liberate the Kyiv suburb from Russian forces.

“The child was attached to the mother and then both had been blown up,” he said in his small apartment in the western Polish city of Wroclaw, where the family moved in 2019.

He also showed Reuters phone footage of a hospital he said he visited in nearby Bucha, where the bodies of people of all ages had been laid out as part of the Ukrainian clean-up operation.

Russian forces are accused of committing atrocities while occupying the once leafy town outside the capital early in the near six-month-old war.

Moscow has repeatedly denied targeting civilians in the war and called allegations that its forces executed civilians in Bucha a “monstrous forgery”.

The defence ministry in Moscow did not respond to a request for comment on Dovzhenko’s accounts of the war, which Reuters was not able to independently verify.

One of thousands of soldiers thought to have come from abroad to fight in Ukraine, the 41-year-old – who has also seen action in the south near Kherson – can now savour the simple daily activities he has been missing since late February.

He has spent his short time back home before he returns to the front cooking, cuddling his two small children and going for long walks with his wife Oleksandra.

“I don’t really know, I might have a very small chance of being able to return (again) to my wife and kids. But this work needs to be done,” said Dovzhenko, who runs an organisation of Ukrainian veterans living abroad.

‘WE NEED A LOT OF WEAPONS’

He fought against Russian troops in the eastern Donbas region in 2014, the year that Moscow annexed Crimea from Ukraine, but this time the conflict is more brutal, he said.

“There used to be a battle line – our country is here and there was a legal delineation. Now there’s no such line. And all of the rockets, the shots, everything that Russia is using now wasn’t there before,” Dovzhenko said.

With no sign of a let-up in the Russian advance and the Ukrainian army outgunned, Dovzhenko has little patience for western voices that express concern at the course of the war but offer no tangible help.

“Someone is very concerned while there are rockets falling on our heads. If you’re so concerned, we can switch spots. I invite them to Kharkiv or Mykolaiv. Their concern will be very much needed there,” Dovzhenko said.

“We just don’t have enough weapons right now. We need a lot of weapons, artillery, we need rocket systems and we need new handguns for the infantry. We also need a lot of technical help.”

Trying to reconcile the stark contrast between life in Ukraine and in Poland, things he once found normal, like streets full of pedestrians, suddenly seemed bizarre.

“I was driving and a helicopter was flying over the route. Maybe it was the police, maybe an ambulance, I don’t know,” he said.

“I almost had an accident because I wanted to turn off suddenly, because in Ukraine if you see a helicopter it means you’re about to fight. So I told myself, stop, stop, stop, stop.”

But, with the sun shining in Wroclaw, Dovzhenko and his wife stayed focused on trying to enjoy their last hours together before he returned to Ukraine.

“When he’s here, it’s always a holiday,” a tearful Oleksandra said. “He’s a wonderful husband and father… We are doing everything so we can be together.” 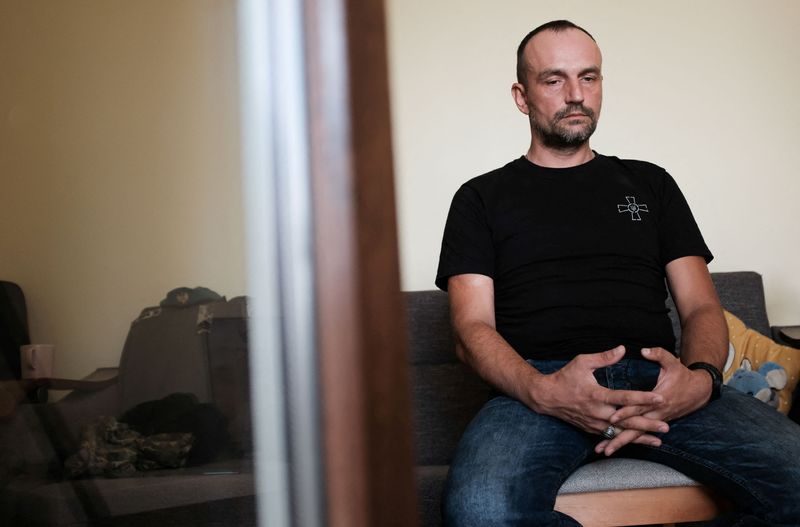 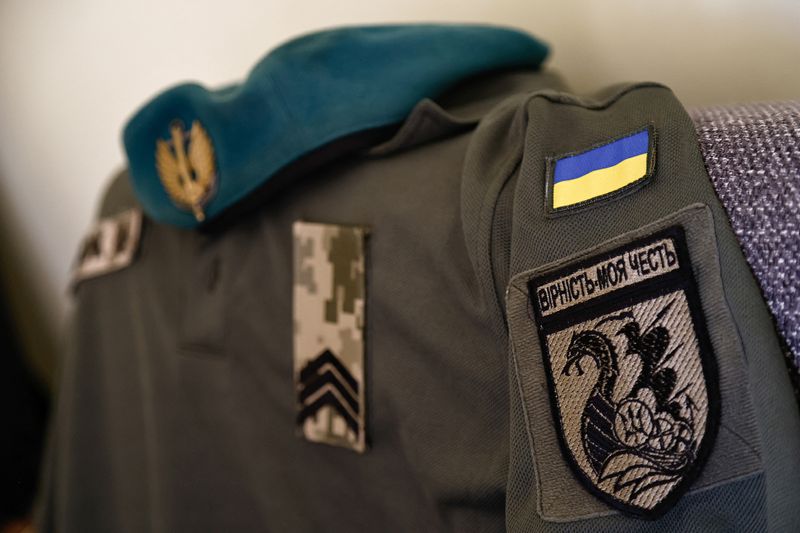 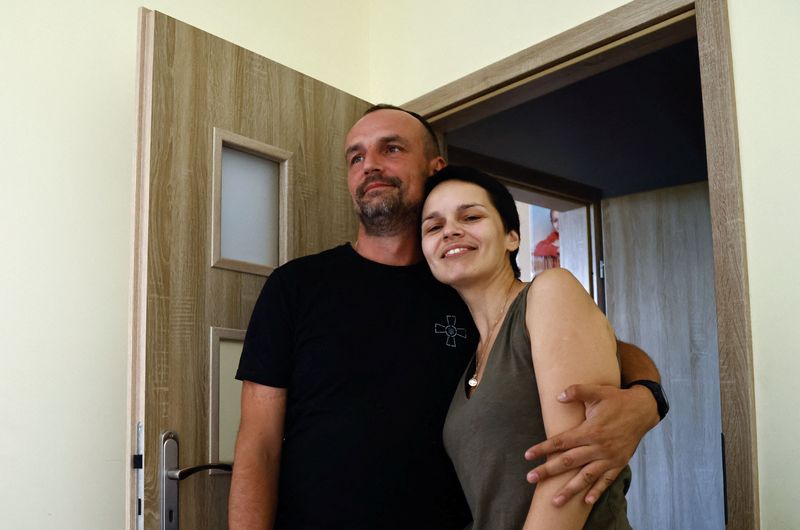 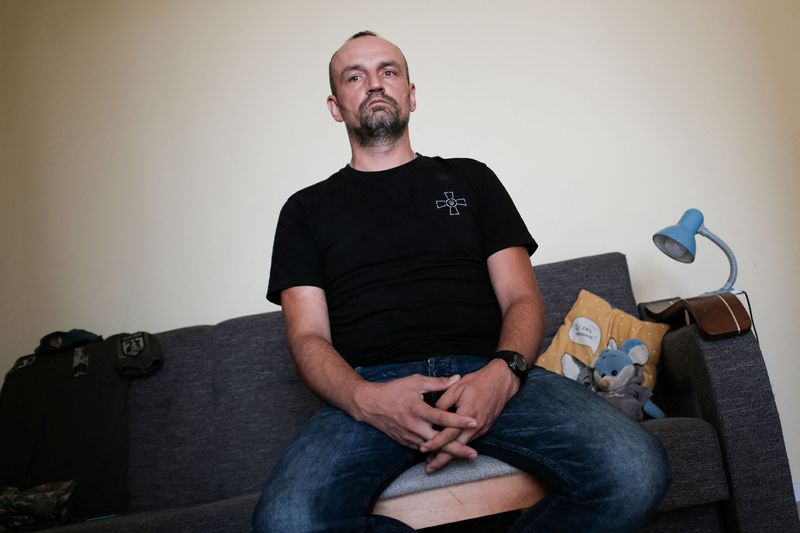