WIDUCHOWA, Poland (Reuters) – As thousands of dead fish neared the banks of the Oder River in the village of Widuchowa in western Poland on Aug. 11, local people realised an ecological disaster that started in late July in the country’s south-west was heading towards the Baltic Sea.

As Widuchowa’s residents searched for tools to remove the lifeless bodies from the the river, the government began crisis response that many scientists say came too late.

“It’s been the hardest five days of my life,” said Pawel Wrobel, the mayor of Widuchowa, which is around 400 kilometres (250 miles) from the town where dead fish had first been spotted. “I’d never imagined experiencing such a catastrophe, it is something you see in disaster movies.”

With the help of the local community, he gathered dozens of pitchforks, used to lift potatoes, to remove dead fish from the river, which marks part of the Polish-German border.

“We don’t know how to do it and what tools to use, we learn from our mistakes,” Wrobel said.

On Aug. 12, Prime Minister Mateusz Morawiecki fired the head of Poland’s national water management authority and the head of the general environmental inspectorate, saying that their institutions should have reacted earlier.

Despite numerous tests of fish and water samples conducted by Polish and foreign laboratories, and a 1-million-zloty ($211,775) reward for information on the source of contamination, it is still unclear what poisoned the Oder, Poland’s second largest river.

“We are focused on, on the one hand, stopping what is happening, and on the other hand, finding the reason for this situation,” said climate ministry spokesman Aleksander Brzozka.

Researchers in Germany and Poland’s climate ministry have pointed to a large overgrowth of toxic algae as a possible cause for the mass die-off.

“The most likely hypothesis is that it was a combination of various natural factors,” said Brzozka.

Local people told Reuters that firefighters and territorial defence forces deployed by the government to remove tonnes of dead fish were not prepared for what awaited them in the river.

The stench around the waters was so bad that most of them vomited during their work, according to residents of the village.

Local businesses have also been hit.

When Piotr Bugaj, a passionate angler and owner of boats, a slip and rooms to rent on the Oder heard what was coming, he knew that it was time to put his business on hold.

He asked his guests from the Czech Republic to leave the water and cancelled all future reservations from clients, who flock to Widuchowa from around Europe for its wilderness and diverse population of large fish such as catfish and pike-perch.

“If it’s possible with such a tragedy, I would really like to learn that only what was on the surface died out and not more. But for the moment, no one has checked what is currently at the river bottom,” he said.

The government has promised support for those affected by the crisis.

Piotr Piznal, a local activist, has dedicated his life to photographing wildlife around the Oder. For the past week he has been documenting the disaster.

“It is hard because in fact, the world we’ve observed and photographed with my friend for the past few years is disappearing,” he says. “I think that after what has happened in the Oder it will take years to rebuild the ecosystem… It will all have to be reborn to function the way it has until now.”

“The dead fish have warned us that something is wrong,” said Sylwia Palasz-Wrobel, wife of Widuchowa’s mayor, standing next to her husband at the foul Oder shore. “When the fish are gone, who will inform us next time when a disaster happens? We would like to know who is responsible for this.” ($1 = 4.7220 zlotys) 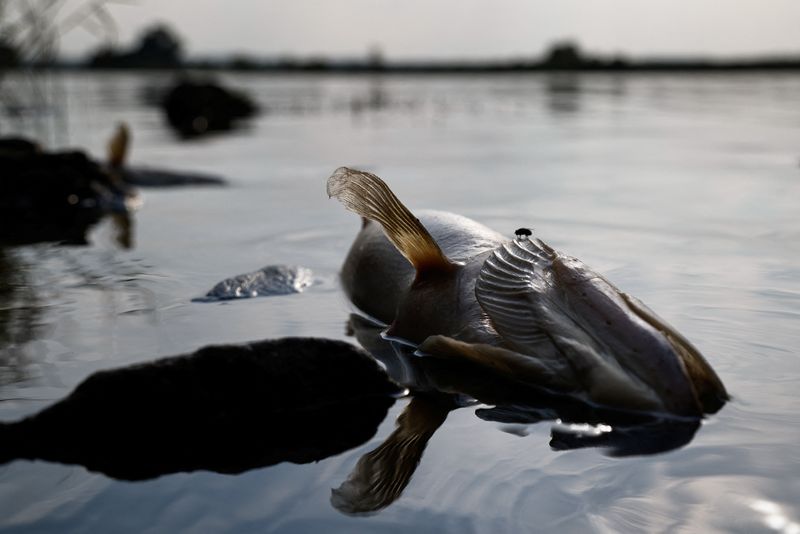 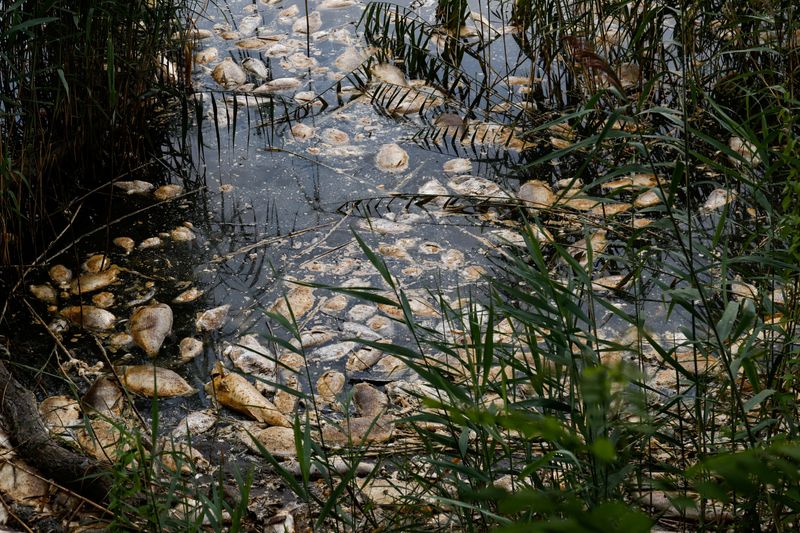 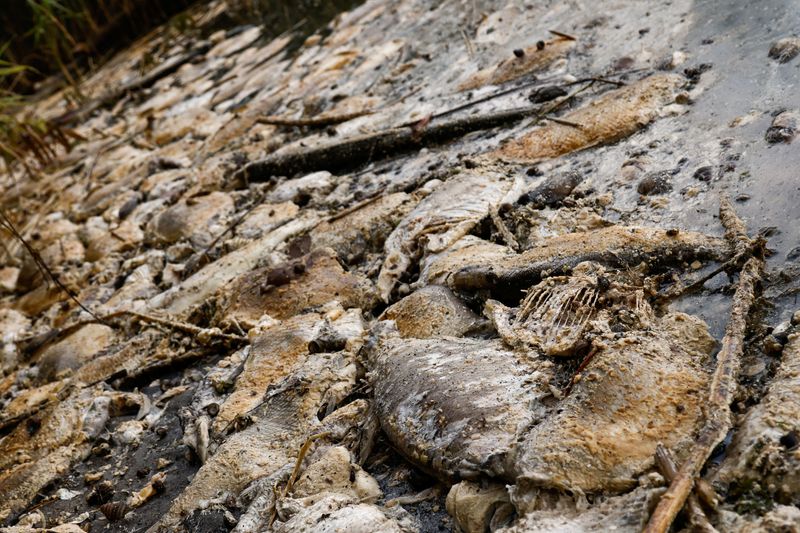 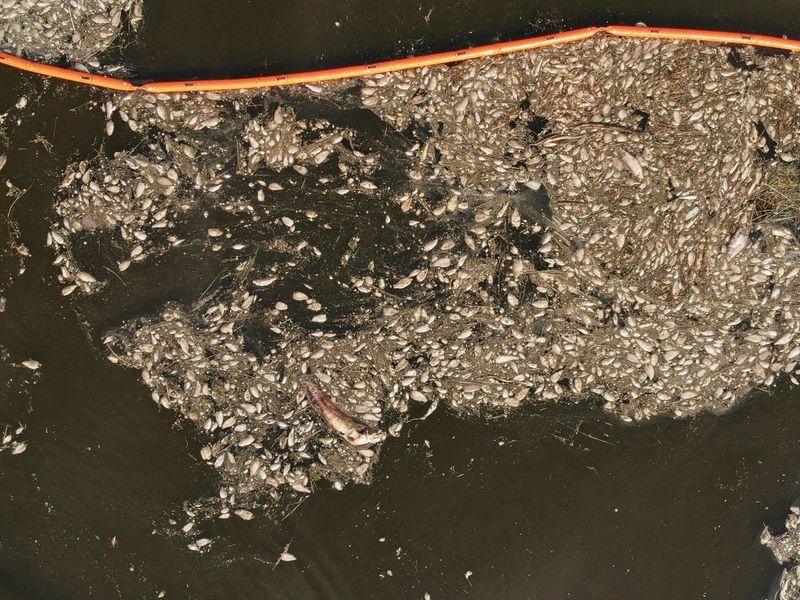 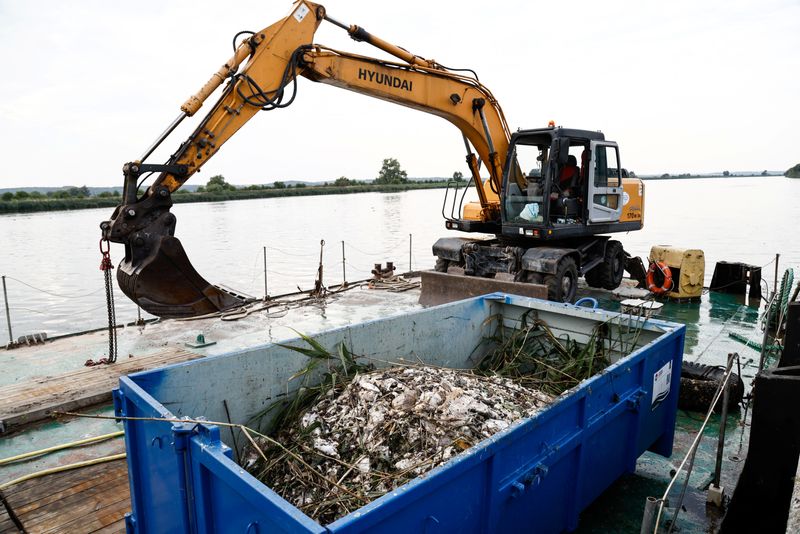 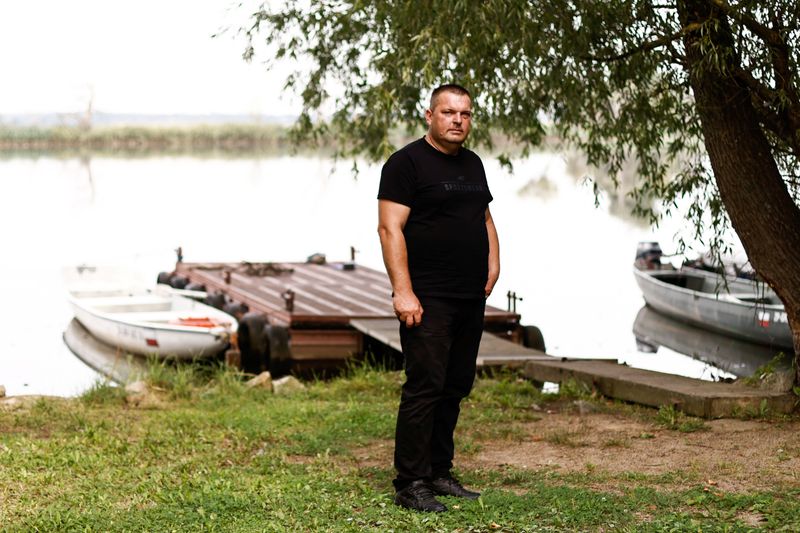