In a video message on Saturday, Scholz said he had spoken with Navalny while he was recovering in hospital in Berlin and found him to be a brave man who wanted to return to Russia to fight for democracy, freedom and the rule of law.

On his return, however, Navalny – President Vladimir Putin’s most vocal critic inside Russia – was immediately imprisoned.

“The war that Russia started against Ukraine is a war that also has consequences for Russia,” Scholz said. “Freedom and democracy were already endangered before. But now, freedom of expression is much more endangered and many fear to say their own opinion.”

That was why it was so important to remember Navalny, Scholz added, since he was fighting for his belief that “one lives best in a democracy and state governed by the rule of law”.

Navalny is serving an 11-1/2 year sentence after being found guilty of parole violations and fraud and contempt of court charges. He says all the charges were fabricated as a pretext to jail him and thwart his political ambitions.

The 46-year-old returned to Russia in 2021 from Germany where he had been treated for what Western laboratory tests showed was an attempt to poison him in Siberia with a Soviet-era nerve agent. Russia denies trying to kill him. 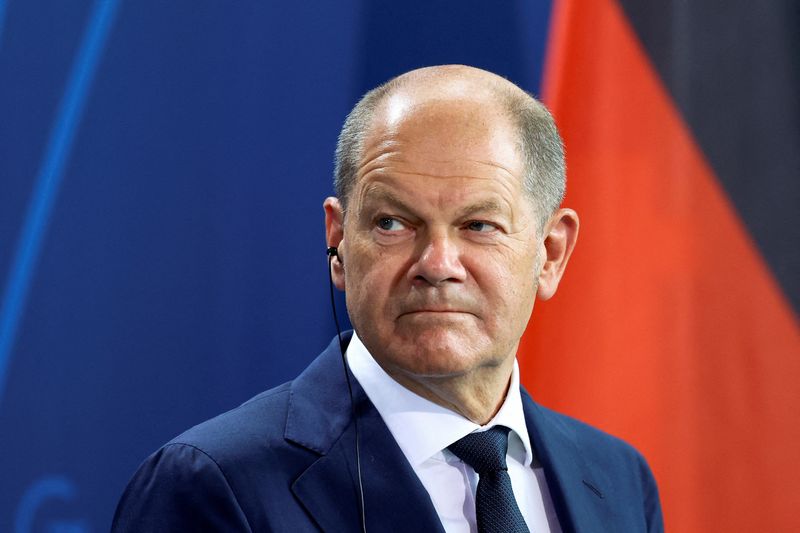