(Reuters) – Artillery shells rained down on a city near Europe’s biggest nuclear plant and Russian missiles struck near the Black Sea port of Odesa on Sunday, as Ukraine warned of the potential for more serious attacks by Russia as the war neared its six-month anniversary.

Wednesday marks 31 years of Ukraine’s independence from Soviet rule as well as half a year since the invasion and President Volodymyr Zelenskiy called for vigilance, saying Moscow could try “something particularly ugly.”

In his nightly video address on Sunday, Zelenskiy said he had discussed “all the threats” with French President Emmanuel Macron and word had been sent also to other world leaders including Turkish President Tayyip Erdogan and U.N. Secretary-General Antonio Guterres.

“All of Ukraine’s partners have been informed about what the terrorist state can prepare for this week,” Zelenskiy said, referring to Russia.

The Financial Times, in an article published Sunday, quoted Gennady Gatilov, Moscow’s ambassador to the United Nations in Geneva, as saying Erdogan had tried to facilitate dialogue. But he dismissed speculation about talks between Zelenskiy and Russian President Vladimir Putin, saying there “was not any practical platform for having this meeting,” the report said.

Putin ordered what he called a “special military operation” to demilitarise its smaller neighbour and protect Russian-speaking communities. Ukraine and Western backers accuse Moscow of waging an imperial-style war of conquest.

While investigators said they were considering “all versions” when it came to establishing who was responsible, the Russian Foreign Ministry speculated there could be a link to Ukraine, something a Zelenskiy adviser dismissed.

“Ukraine, of course, had nothing to do with this because we are not a criminal state, like the Russian Federation, and moreover we are not a terrorist state,” Mykhailo Podolyak said on Ukrainian television, suggesting the incident was “Karmic” payback for supporters of Moscow’s invasion.

As Ukraine prepared to mark its Independence Day embroiled in a war that has flattened towns and cities, killed thousands and forced millions to flee, officials reported more Russian strikes on targets in the east and south of the country.

Of particular concern was the shelling of Nikopol, a city near Zaporizhzhia, Ukraine and Europe’s biggest nuclear plant.

The fighting in the proximity of Zaporizhzhia and Saturday’s missile strike on the southern Ukrainian town of Voznesensk, not far from Ukraine’s second-largest atomic plant, spurred fears of a nuclear accident.

Five Russian Kalibr cruise missiles were fired from the Black Sea at the region overnight, a regional administration spokesperson said, citing information from the southern military command. Two were shot down by Ukrainian air defences and three hit agricultural targets, but there were no casualties.

Russia said on Sunday the missiles had destroyed an ammunition depot containing missiles for U.S.-made HIMARS rockets. Kyiv said a granary had been hit.

A series of explosions have made headlines in recent weeks from Crimea, the Black Sea peninsula Russia annexed from Ukraine in 2014. A Telegram post by Mikhail Razvozhayev, Crimea’s Russian-appointed governor, who is not recognised by the West, said a drone attack on the headquarters of Russia’s Black Sea fleet had been thwarted on Saturday morning.

In a daily Facebook update, Ukraine’s general staff reported several attempted Russian assaults over the past 24 hours in Donbas, a region in eastern Ukraine partially controlled by pro-Moscow separatists.

In the south, Russian forces conducted a successful assault on the village of Blahodatne on the border between the Kherson and Mykolaiv regions, it said. The city of Mykolaiv was hit with multiple S-300 missiles early on Sunday, regional governor Vitaliy Kim said on Telegram.

Russia’s defence ministry said its forces had destroyed two M777 Howitzers in combat positions in the Kherson region, and a fuel depot in the Zaporizhzhia region.

Reuters was not able to independently verify the battlefield reports. 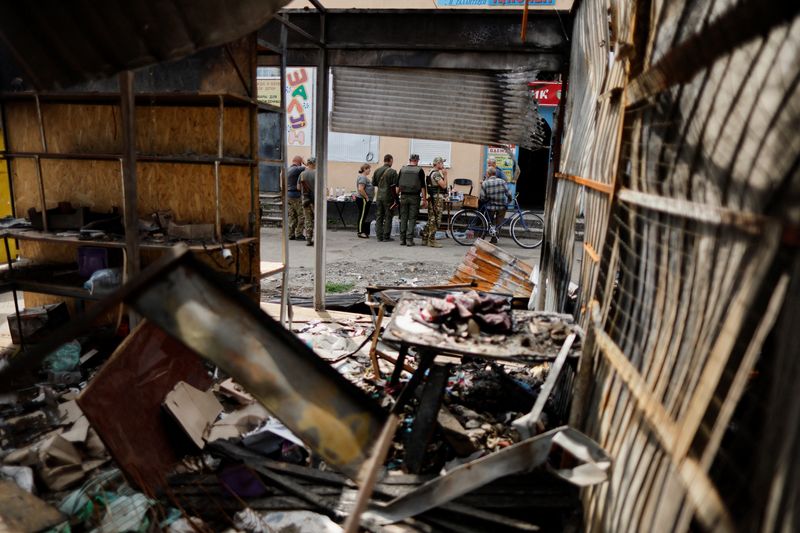 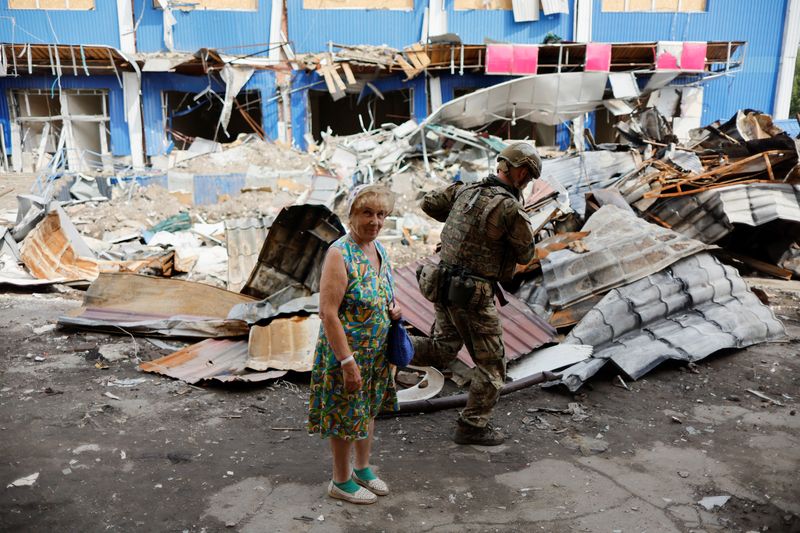 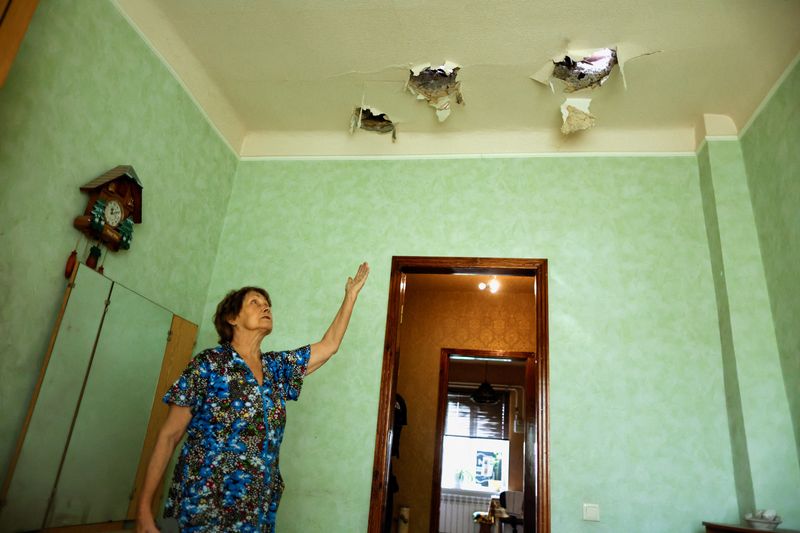 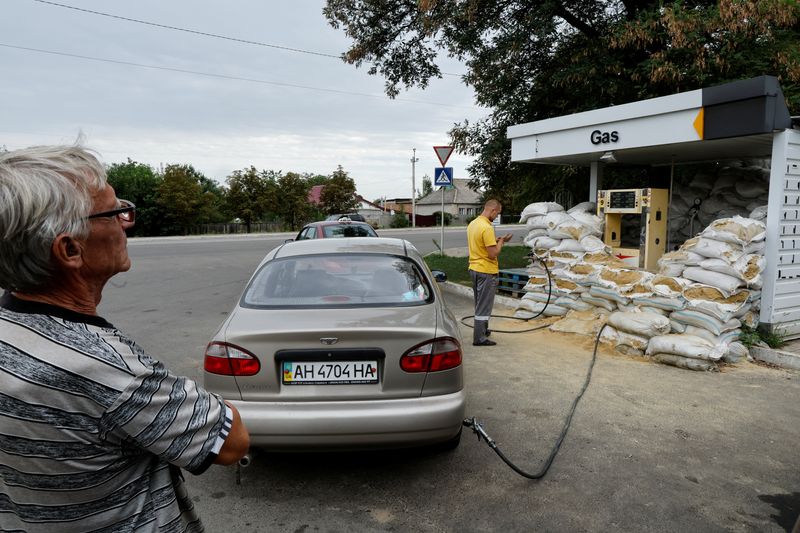 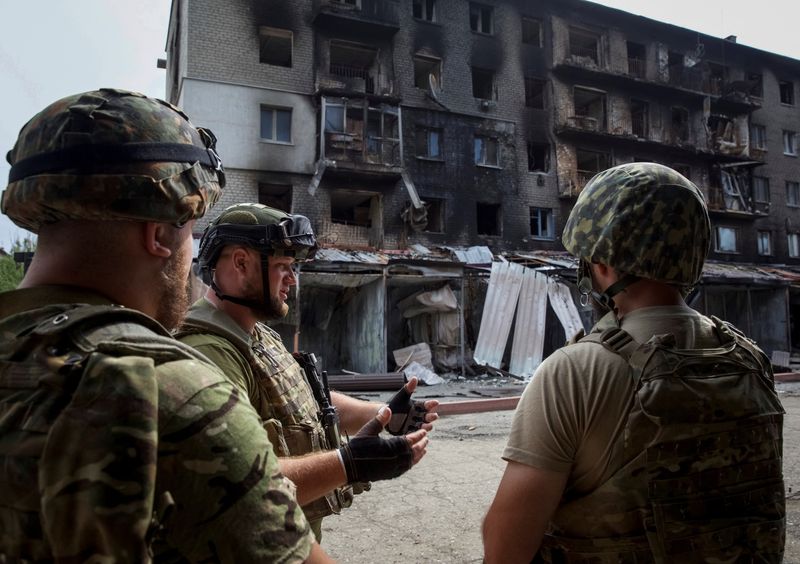