(Reuters) – People living near Europe’s largest nuclear power plant, which is in southern Ukraine, on Monday said they were worried about the potentially disastrous consequences if it were hit by shells.

Russia and Ukraine repeatedly accuse each other of firing at the Zaporizhzhia facility, which lies close to the town of Enerhodar that pro-Moscow forces now control.

“Of course, we are worried. … It’s like sitting on a powder keg,” said Enerhodar resident Alexander Lifirenko.

The head of the city’s civil-military administration said local authorities had a plan to cope with an accident and noted some shells ere falling close to the plant’s six reactors.

“In case a reactor is hit, it will be not a local, but a global catastrophe,” said Alexander Volga. 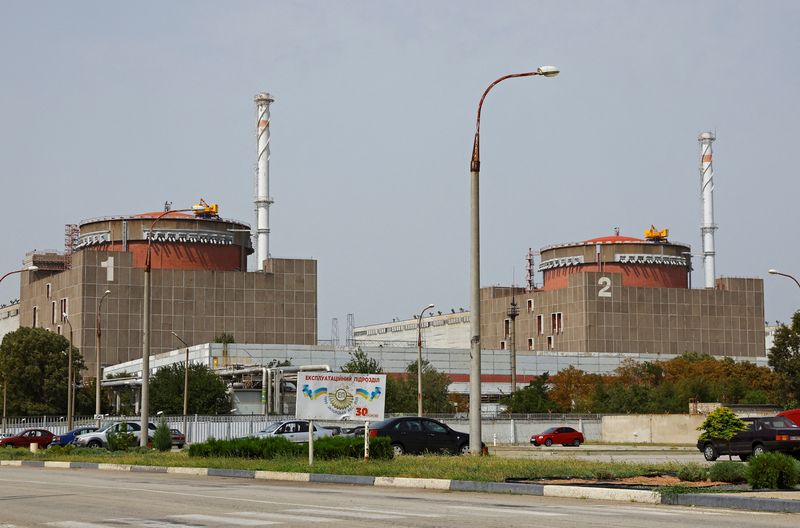