Earlier this month Colombia’s leftist government proposed a tax reform bill to lawmakers that would raise some 25 trillion pesos ($5.8 billion) in 2023 in an effort to increase revenue to fund anti-poverty programs.

The reform targets gradually increasing tax collection via anti-evasion and anti-avoidance measures until hitting an additional 50 trillion pesos per year ($11.4 billion) by the end of Petro’s term in 2026. It has caused concern among businesses and investors.

“We want the tax reform to be approved, improving what can be improved, enriching it, even in matters that we have not seen,” Petro said at a meeting with the national council of business associations, adding that the reform’s objectives include financing the state, growing equality and shrinking social inequality.

The reform will target ending preferential tax treatment that benefits the wealthy to reduce poverty and inequality, including tackling hunger across the country.

Its main proposals include higher taxes for those earning more than 10 million pesos per month ($2,273), a permanent wealth tax and duties on earnings from the sale of shares in companies listed on the stock exchange.

The reform would also levy a 10% tax on exports of coal, oil and gold on income earned when each commodity exceeds a certain price threshold. The threshold for oil would be $48 per barrel, while coal exports would see the duty levied when prices exceed $87 per tonne. The threshold for gold shipments would be $400 per troy ounce. 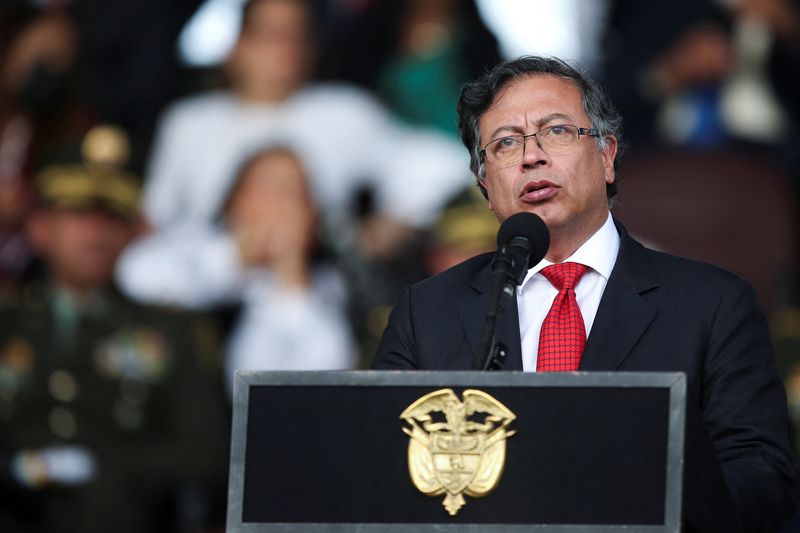