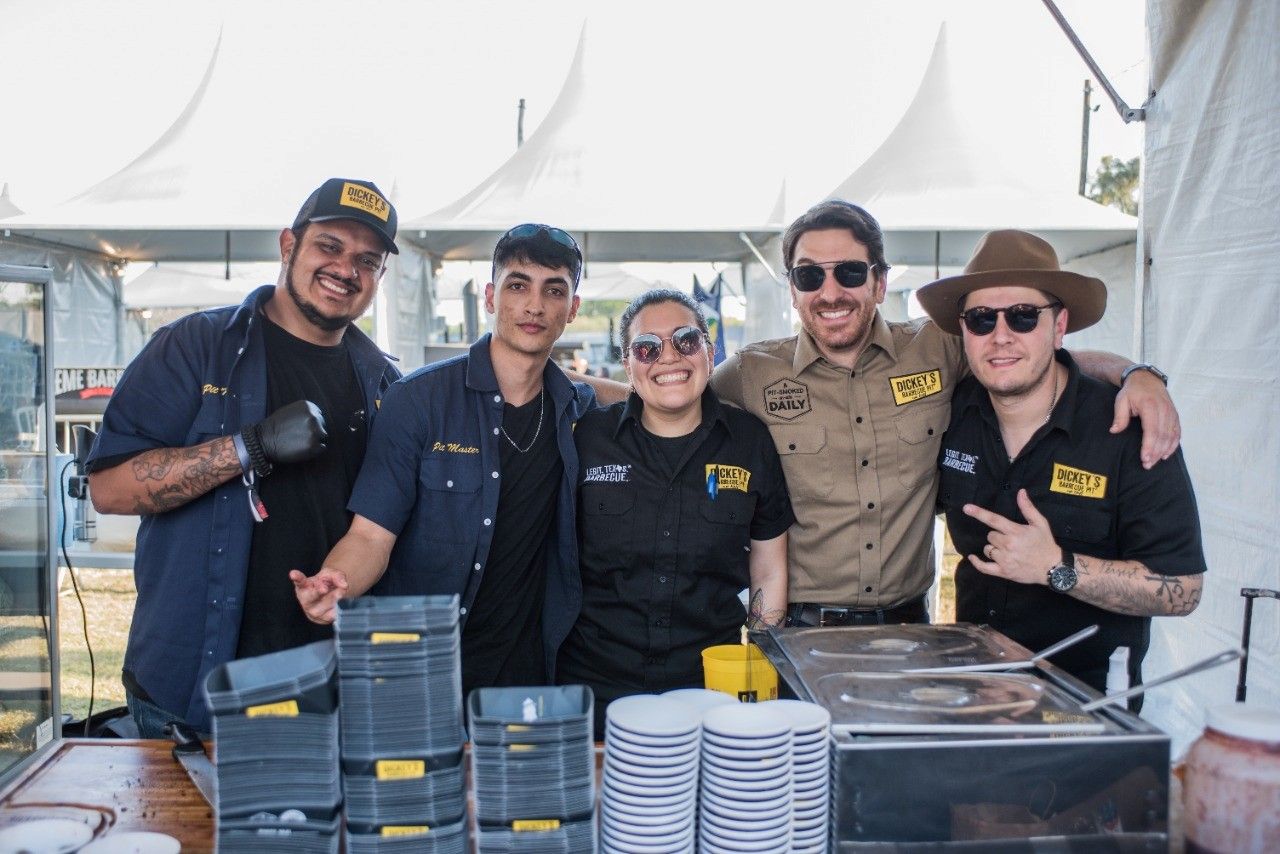 Dallas, TX  (PRESS RELEASE)  What happens when Legit. Texas. Barbecue.™ goes to Brazil and competes in the largest barbecue event in the world? It absolutely smokes the competition!

Dickey’s Brazil Owners and key staff members banded together and competed against 28 other teams from around the world, all in the name of barbecue, at the Meatstock BBQ Wars from July 8 to 10. More than 30,000 people flocked to Lucky Wings Arena in Sorocaba, São Paulo to enjoy music and barbecue cookoffs at the three-day festival.

“It was an amazing experience to bring our pitmasters outside the store to represent Dickey’s Barbecue Pit in the contest,” said Dickey’s Brazil Co-Owner Bruno Gallucii. “We learned a lot about team spirit and how important it is to motivate our crew. We laughed a lot, had fun and the most important thing – we showed all Brazilians what Legit. Texas. Barbecue is all about!”

Dickey’s Barbecue Restaurants, Inc., the world’s largest barbecue concept, was founded in 1941 by the Dickey family. For the past 80 years, Dickey’s Barbecue Pit has served millions of guests in 44 states Legit. Texas. Barbecue.™ At Dickey’s, all our barbecued meats are smoked onsite in a hickory wood burning pit. Dickey’s proudly believes there’s no shortcut to true barbecue and it’s why our name isn’t BBQ. The Dallas-based, family-run barbecue franchise offers eight slow-smoked meats and 12 wholesome sides with ‘No B.S. (Bad Stuff)’ included. Dickey’s Barbecue has 550 locations across the United States and eight other countries.

Exxon plans to raise spending in 2023 closer to $25 billion