By Tom Balmforth and Valentyn Ogirenko

KYIV (Reuters) – At least 22 people died and dozens were wounded on Wednesday when Russian rocket strikes hit a Ukrainian town and set a passenger train on fire, officials said, as the nation marked 31 years since its independence from Moscow-dominated Soviet rule.

President Volodymyr Zelenskiy had warned on Tuesday of the risk of “repugnant Russian provocations” on Independence Day, which by chance was also six months since Russian forces invaded Ukraine, touching off Europe’s most devastating conflict since World War Two.

In a video address to the United Nations Security Council, Zelenskiy said the rockets hit a train in the small town of Chaplyne, some 145 km (90 miles) west of Russian-occupied Donetsk in eastern Ukraine. Four carriages were on fire, he said.

“Chaplyne is our pain today. As of this moment there are 22 dead,” he said in a later evening video address, adding Ukraine would make Russia take responsibility for everything it had done.

“We will without any doubt evict the invaders from our land. No trace of this evil will remain in our free Ukraine,” he said.

Zelenskiy aide Kyrylo Tymoshenko later said Russian forces had shelled Chaplyne twice. A boy was killed in the first attack when his house was hit by a missile and 21 people died later when rockets hit the railway station and set fire to five carriages of a passenger train, he said in a statement.

The Russian defence ministry did not immediately respond to a request for comment.

Celebrations of the Aug. 24 public holiday were cancelled, but many Ukrainians marked the occasion by wearing embroidered shirts typical of the national dress.

After days of warnings that Moscow could use Independence Day to fire more missiles into major urban centres, the second-biggest city Kharkiv was under curfew, following months of frequent bombardment.

Air raid sirens blared at least seven times in the capital Kyiv during the day though no attacks transpired.

In an emotional speech to compatriots earlier in the day, Zelenskiy said Ukraine was “reborn” when Russia invaded and that it would eventually drive out Russian forces completely.

“A new nation appeared in the world on Feb. 24 at 4 in the morning. It was not born, but reborn. A nation that did not cry, scream or take fright. One that did not flee. Did not give up. And did not forget,” he said, speaking in front of Kyiv’s main monument to independence in his trademark combat fatigues.

Zelenskiy and his wife, Olena Zelenska, joined religious leaders for a service in Kyiv’s 11th-century St. Sophia cathedral and laid flowers at a memorial to fallen soldiers.

The 44-year-old leader said Ukraine would recapture Russian-occupied areas of eastern Ukraine and the Crimean peninsula, which Russia annexed in 2014.

“We will not sit down at the negotiating table out of fear, with a gun pointed at our heads. For us, the most terrible iron is not missiles, aircraft and tanks, but shackles,” he said.

In its evening update, Ukraine’s army high command said Russian air and missile strikes on military and civilian targets alike continued through Wednesday. “Today was rich with air raid sirens,” it said in a note without giving further details.

Ukrainian forces shot down a Russian drone in the Vinnytsia region while multiple Russian missiles landed in the Khmelnytskyi area, regional authorities said – both west of Kyiv and hundreds of kilometres from front lines.

No damage or casualties were reported, and Reuters could not verify the accounts.

Russia has repeatedly denied its forces are aiming at civilian targets. Russian Defence Minister Sergei Shoigu told a meeting in Uzbekistan that Moscow had deliberately slowed down what it refers to as its “special military operation” in Ukraine to avoid civilian casualties.

At a U.N. Security Council session on Wednesday, Russian Ambassador Vassily Nebenzia reiterated Moscow’s rationale for its actions in Ukraine, saying a “special operation” was needed to “denazify and demilitarise” the country to remove “obvious” security threats to Russia.

Moscow’s stance has been dismissed by Ukraine and the West as a baseless pretext for an imperialist war of conquest.

On a surprise visit to Kyiv on Wednesday, British Prime Minister Boris Johnson also promised a further $63.5 million worth of military support, including 2,000 drones.

NATO Secretary General Jens Stoltenberg told Ukrainians they were an inspiration to the world. “You can count on NATO’s support. For as long as it takes,” he said in a video message.

Russia has made few advances in recent months after its troops were repelled from Kyiv in the early weeks of the war.

Ukraine’s top military intelligence official, Kyrylo Budanov, said on Wednesday Russia’s offensive was slowing because of moral and physical fatigue in its ranks and Moscow’s “exhausted” resource base.

On the eastern frontlines of Ukrainian resistance and in shattered cities, some with deserted streets under curfew, combatants and civilians marked the holiday with words of resolve and the promise of victory.

Ukraine declared independence from the disintegrating Soviet Union in August 1991, and its population voted overwhelmingly for independence in a referendum that December.

Russian forces have seized areas of the south including on the Black Sea and Sea of Azov coasts and large tracts of Luhansk and Donetsk provinces that comprise the eastern Donbas region.

The war has killed thousands of civilians, forced more than a third of Ukraine’s 41 million people from their homes, left cities in ruins and shaken the global economy, creating shortages of essential food grains and pushing up energy prices. 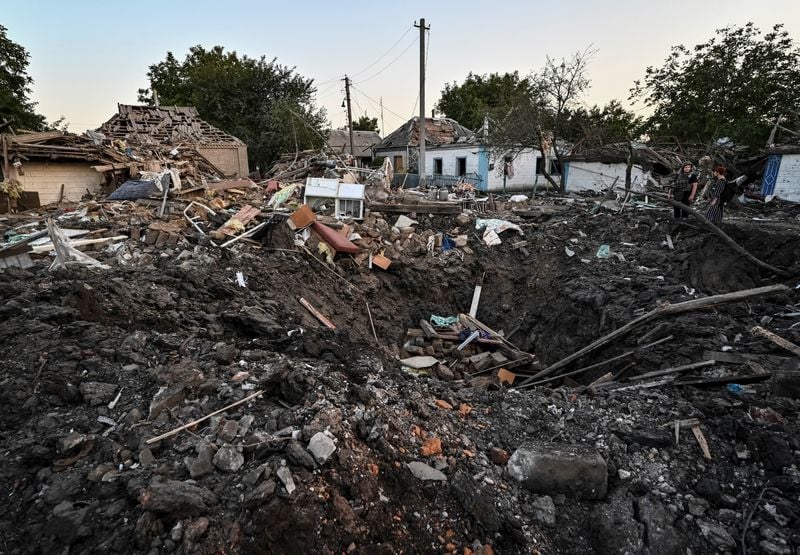 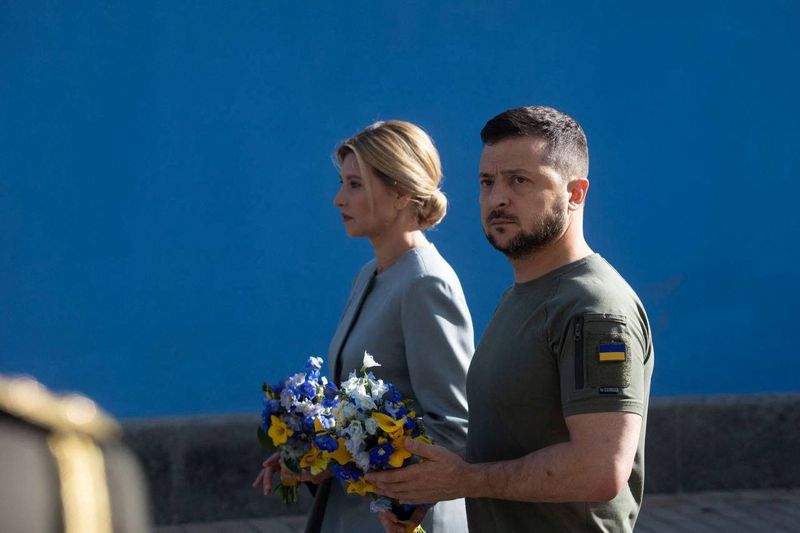 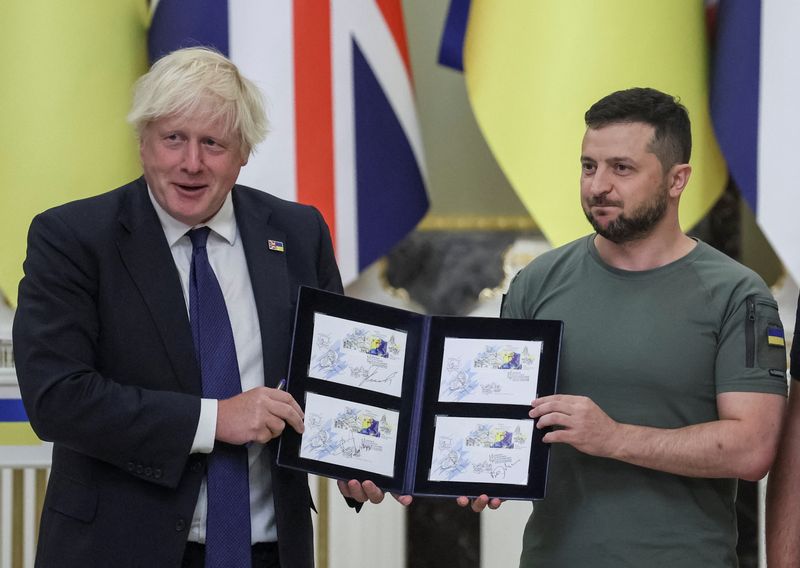 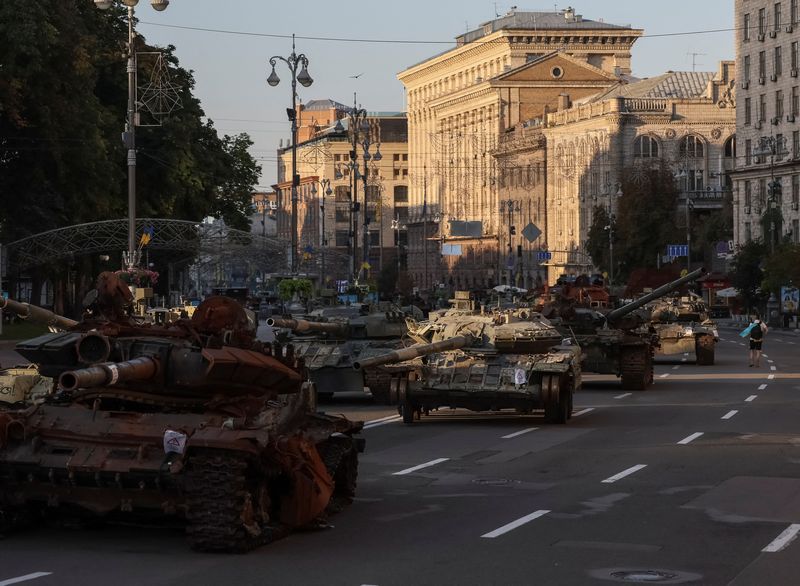 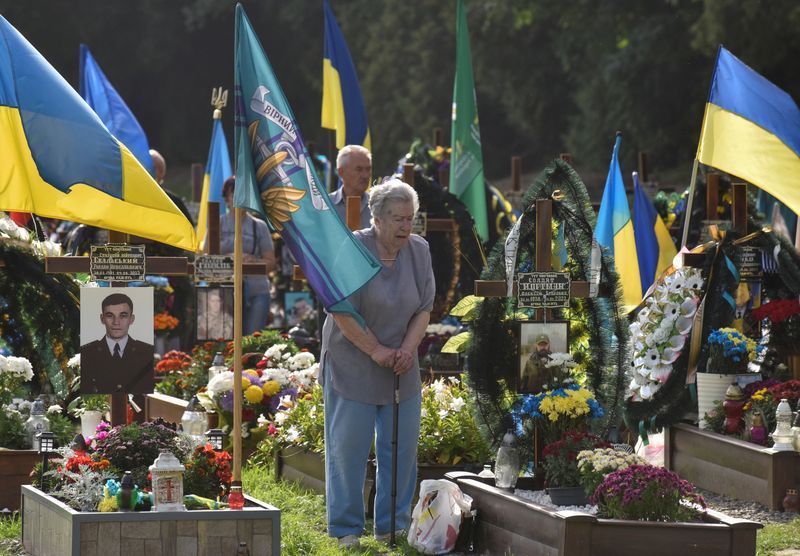 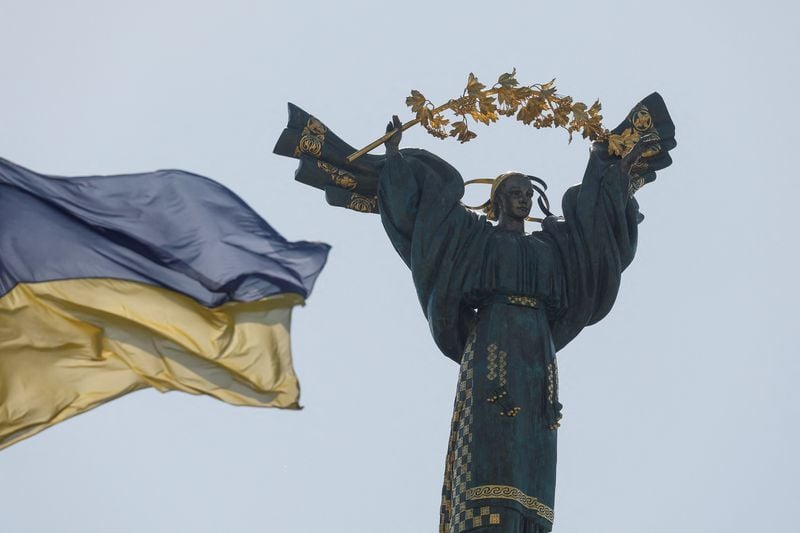 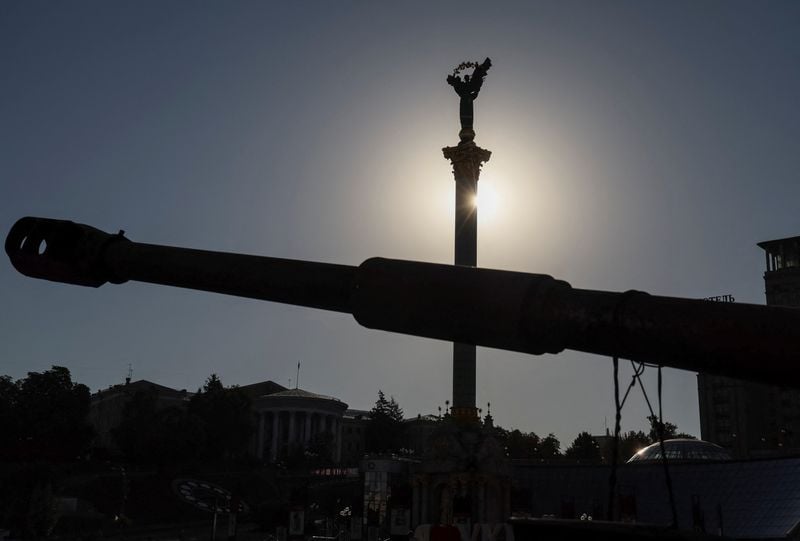 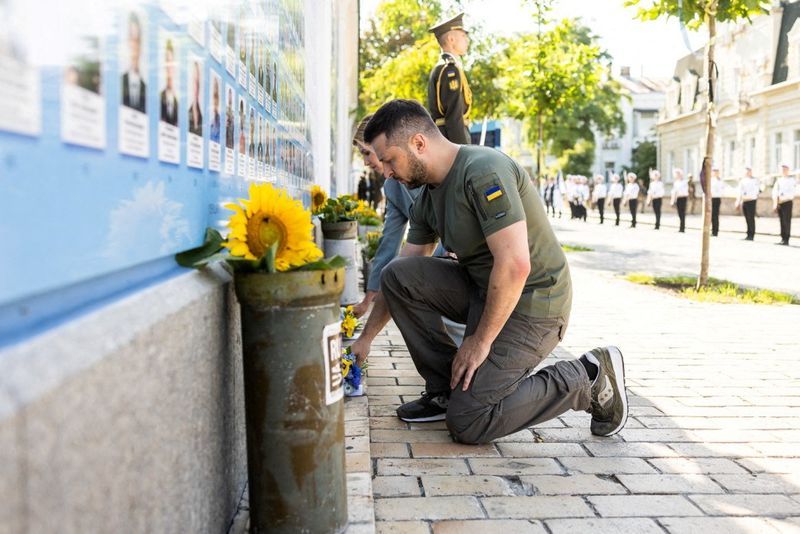 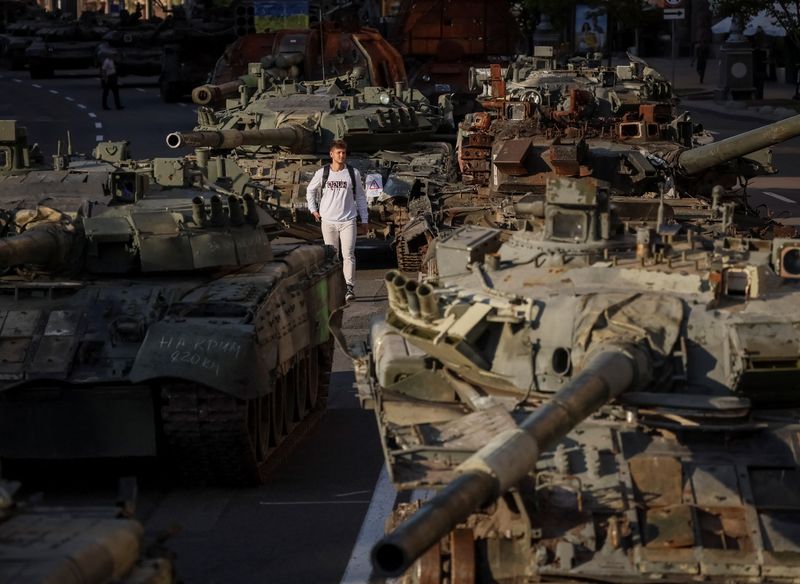