WELLINGTON (Reuters) – Both the United States and China need to be on board to ensure peace and bring action on climate change, Tuvalu’s foreign minister said on Thursday.

Simon Kofe told Reuters at a virtual Newsmaker event that Tuvalu was mindful when approaching geopolitics in the Pacific that China needs to be involved to address challenges facing his country and the broader region.

“If we’re truly serious about world peace, and we’re really serious about addressing climate change, then there really is no good guys and bad guys … We need China on board. We need the United States on board,” he said.

Still, Kofe said Tuvalu, one of four countries in the Pacific that has diplomatic relations with Taiwan rather than China, believed Taiwan remained a very strong partner despite coming under pressure to switch its recognition to Beijing.

“We’re not looking to do anything to China. In fact, we try to avoid them as much as possible. But when we are confronted by them … we are not afraid to speak our minds and to make a stand,” he said.

The Pacific region has become increasingly contested, with China’s growing influence sparking pledges by the United States and its partners pledging to do more. A recent security pact between China and the Solomon Islands has raised concerns about Beijing’s ambitions to expand its military presence.

Kofe grabbed global attention for his nation of 12,000 people last year when he addressed a global climate conference standing ankle deep in the sea to illustrate Tuvalu was “sinking”. Forty percent of the capital district is underwater at high tide, and the tiny country is forecast to be submerged by the end of the century.

In June, Kofe pulled out of the U.N. ocean conference after China blocked Taiwanese nationals that were part of their delegation from attending. 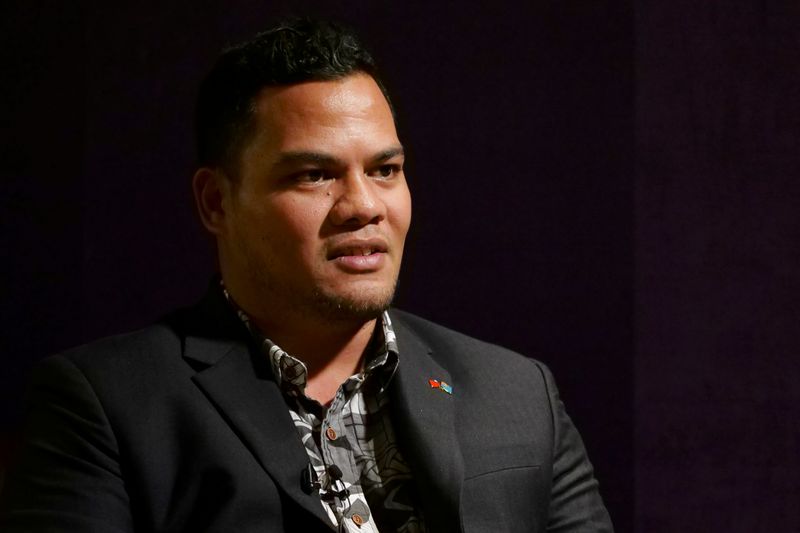