KYIV (Reuters) – Ukraine rejected on Wednesday what it called a “cynical” Independence Day greeting from Belarusian leader Alexander Lukashenko, blasting Minsk for allowing Russia to stage attacks on Ukraine from its territory.

In an unexpected message on his website to mark the 31st anniversary of Ukraine’s independence from the Moscow-dominated Soviet Union, Lukashenko wished Ukrainians “peaceful skies, tolerance, courage, strength and success in restoring a decent life”.

Belarus is a close ally of Russia and has allowed Moscow to use its territory to send thousands of troops into neighbouring Ukraine, as well as to launch missiles from its airspace.

“I am convinced that today’s disputes will not be able to destroy the centuries-old foundation of sincere good neighbourly relations between the peoples of the two countries,” Lukashenko said in the statement.

“Lukashenko truly believes the world does not notice his participation in crimes against Ukraine,” Podolyak wrote.

“That is why he cynically wishes us a ‘peaceful sky’ while allowing deadly rockets to hit us,” he added.

Lukashenko’s statement stood at odds with some of his recent declarations of support for Russia’s invasion of its neighbour.

In July, he described Belarus as “the only country in the world to support Russia in its fight against Nazism”, echoing a claim by Moscow that it is conducting a “special military operation” in Ukraine to cleanse it of ultra-nationalists.

Kyiv and its Western allies say Russia is waging an unprovoked imperial war of aggression.

Lukashenko has previously said that Belarus was “being dragged” into joining the war by Kyiv’s actions, and that Belarusian air defences had shot down Ukrainian missiles. Ukraine denies firing at targets in Belarus. 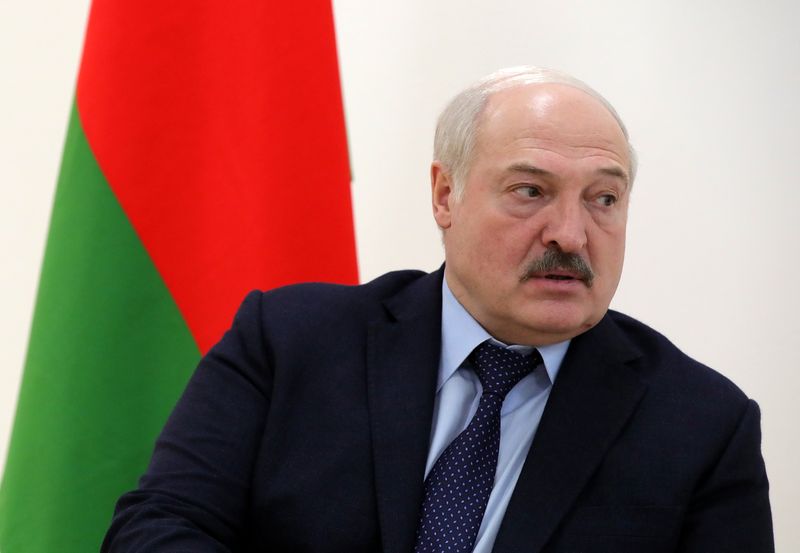