NEW YORK (Reuters) – The U.S. economy will need tight monetary policy “for some time” before inflation is under control, a fact that means slower growth, a weaker job market and “some pain” for households and businesses, Federal Reserve Chair Jerome Powell said on Friday in remarks warning there is no quick cure for fast rising prices.

“Reducing inflation is likely to require a sustained period of below-trend growth. Moreover, there will very likely be some softening of labor market conditions. While higher interest rates, slower growth, and softer labor market conditions will bring down inflation, they will also bring some pain to households and businesses,” Powell said in prepared remarks for a speech to the Jackson Hole central banking conference in Wyoming.

“Chairman Powell spoke today at Jackson Hole where he maintained and reiterated the hawkish stance the US Federal Reserve is taking towards the current high levels of inflation.

“In a short and concise speech, he made several points. Firstly, that the economy was still showing strong underlying momentum and that the labour market in particular remains out of balance. Second, that interest rates will continue to rise to a restrictive stance and importantly stay there for some time. Partly because the Fed views it will take time for inflationary forces to decline, but also because in previous inflationary episodes it was a mistake to relax policy too early.

“In short, the speech was hawkish and we would expect yields of government debt to continue to rise.”

“Powell’s short but direct speech was focused on delivering a message to the market to reset expectations for a longer period of maintaining tighter monetary policy conditions in order to successfully combat inflation.  He provided a historical context and justification for the need to maintain levels once the current cycle peak is reached and indicated the Fed’s willingness to do so even in the face of a recession and rising unemployment.  So, the headline summary is that we are getting closer to the peak but we will plateau for an extended period prior to any potential path downward.”

“It was pretty much in line with what we’re expecting and that’s even though they don’t want to give forward guidance.”

“They are going to try and guide markets to the idea that they’re going to slow down the pace of the hiking cycle, but they’re going to offset that with the idea that rates are going to be restricted for longer. And that was what was stressed within the actual statement, that duration is now the preference – having a longer period of tighter monetary policy as opposed to, you know, continuing front loading it at the expense of potentially having to cut rates in the future.”

“I don’t think markets necessarily priced this correctly to begin with.”

“This was a speech for his legacy because this Fed has been tarnished for its stubborn “transitory” view of rising inflation, which was exacerbated by a perception that Powell wouldn’t be tough enough to do what’s necessary to expunge inflation from the economy.”

“By invoking the work of other Fed chairman (Volcker), who have had to deal with inflationary pressures, Powell made it clear how he wants to be perceived: as a Fed chair who restored price stability in order to restore a strong economic foundation!”

“Given the backdrop of easing financial conditions since early July, as we expected, we have seen a pushback by Fed Chair, Jerome Powell, on the market’s assessment of an immediate pivot by warning against loosening policy sooner rather than later. Whilst inflation has started to show signs of a turn, some of the more resilient and persistent components remain elevated. In addition, the labour market remains tight. The one sector which is showing signs of clear slowdown in activity is housing. In his speech, Chair Powell kept a rate rise of 75bp on the table for September. We have now revised the terminal rate to around 4% from 3.5% previously, and think rates may remain higher for longer, which seems more consistent with the Fed’s stance of keeping policy restrictive until clearer signs of economic and inflation slowdown appear.”

“He certainly focused on the expectations channel and so talked a lot about rational expectations which the Fed believes guide what happens with making inflation permanent. He focused on not loosening policy too early but he didn’t mention going any further on a hawkish side.”

“The Fed wants to talk tough because they don’t want inflation to become ingrained in the economy. That was Powell’s key point that inflation expectations are important. He very rarely mentioned anything else.”

“To me, next week’s labor report would be the determining factor on whether the Fed goes 50 or 75. The market’s big fear was that the Fed would hike rates, demand would cool but inflation won’t. You’re seeing inflation cool. At the same time, demand is weakening. That’s going to continue and the market has sniffed that out, despite all the commentary that’s out there to the contrary.”

“Jackson Hole has only reiterated the Fed’s desire to bring down inflation at all costs, even admitting to do so could bring some pain to households. That comment took investors by surprise and hammers home how serious they are about raising rates to fight inflation.”

“The hope of a dovish pivot was squashed, at least for now. Powell needs to see more than just one month of improving inflation data and he made it clear that continued tightening is the path he will take.”

“As expected the Fed will continue to raise rates to combat inflation and until they can bring it down to about 2%. This means that the risk free rate is going to go up steadily and that could end up compressing valuations big time both for equity and fixed income markets. We expect a big correction in valuations for both of the above mentioned markets.

“Powell’s comments were remarkably in line with market expectations. He emphasized that the size of the September rate hike hinges on the ‘totality’ of the data — this is telling in two regards: 1) there will be a hike (which was a given;) and 2) July’s inflation data isn’t enough to take 75 bp off the table — so the debate remains 75 vs 50 at least until we see the September 13 release of August’s CPI. Powell went on to add that restrictive policy will be required for ‘some time’ — a sentiment which speaks to the Fed’s efforts to push back against the rate cuts being priced into late 2023. Moreover, the comment that history cautions against prematurely loosening policy is in keeping with the idea that the FOMC will achieve terminal and attempt to keep rates that high for an atypically long period of time. But that’s a 2023 problem, isn’t it?”

“I would say that his remarks were in line with what we expected and with what other Fed speakers have said in the last few days.  We don’ think it requires any significant change to an investment view or to our portfolios—we expect a period of sustained below-trend growth and persistently tight monetary policy as the Fed struggles to bring inflation back under control, and that’s what Chair Powell told us this morning. Equity markets may struggle somewhat with the idea that rates could stay elevated for longer than they expected, but we don’t view that as a surprise.”

“I think so far it’s playing out in classic ‘buy the rumor sell the fact’ for the greenback. We saw the dollar rally…in the run up to Mr Powell’s speech, and then Mr Powell’s remarks were largely in line with expectations. I think that left the dollar a bit vulnerable to some profit taking.”

“I think overall the Fed chairman was really hawkish, but not above and beyond what had been priced in and I think the jury is still out on whether or not we see a 50 or 75 basis point rate hike next month. So I think that uncertainty is somewhat capping dollar gains, and where we go from here its going to be payrolls next week and inflation – the next consumer price index in mid-September, and that should give us some clarity on how aggressively the Fed moves next month.”

“It was hawkish, as expected. Powell’s message is clear, the Fed is far from done in its fight against inflation. He refrained from explicit references to financial conditions which was the main risk to financial markets today, but he implicitly endorsed other FOMC members’ comment that the Fed will be in no hurry to cut (rates) next year.

“Also, the text is peppered with Volcker references. All in, this should be enough for the weakness in front-end bonds to be maintained but nothing earth-shattering. Market reaction is justifiable sanguine.”

“I don’t think there are any great surprises. I think he did what he wanted to accomplish, which is make the markets know the Fed is serious: ‘Were going to keep fighting good fight,’ and this is what the mandate of the Fed is. What we have essentially done is we’ve extended the conversation of seeing what the data looks like in the coming weeks to see if we get 50 or 75 (basis points of hiking in September.) I’m still in the camp that even though things are slowing, and you got some relief from the PCE today, the Fed has much more risk of being too dovish too early than being too aggressive.”

“Fed Chair Jerome Powell’s keynote speech at Jackson Hole added to the tide of recent Fed speakers pushing back against market expectations that the Fed is close to pivoting toward rate cuts. Nevertheless, as inflation (including core) falls faster than officials expect over the next 12 months, we still expect the Fed to be lowering interest rates again in H2 2023.” 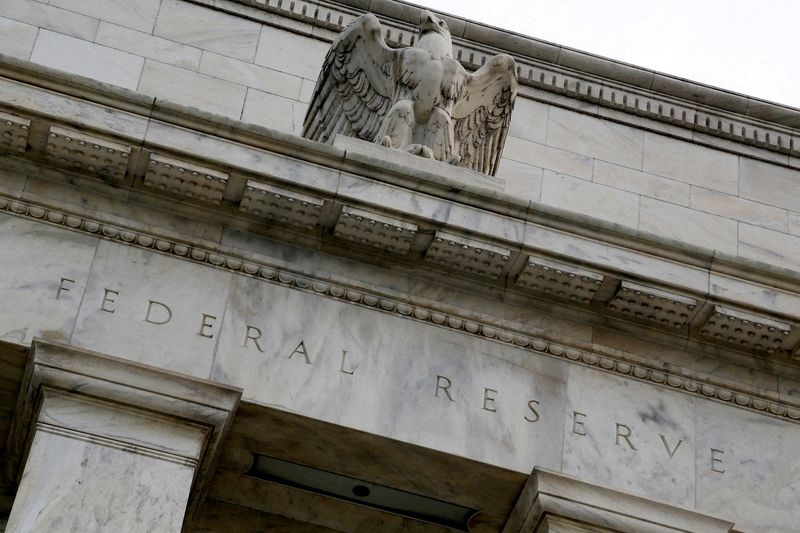