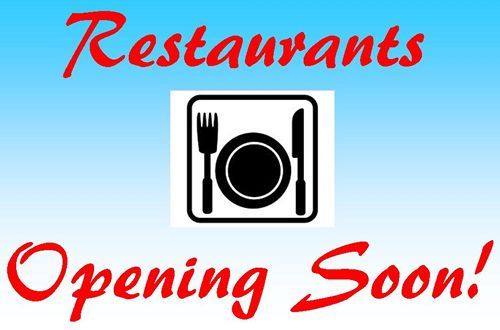 (PRESS RELEASE)  Flhip.com has released its latest restaurant openings report, providing restaurant vendors with a sampling of fresh sales and marketing leads that can be found on their website.

Peabody, MA – Ithaki
Ipswich restaurant Ithaki is moving to Peabody next month, but a new restaurant is ready to fill its current space. For 25 years, Itaki has been serving modern Mediterranean cuisine on Hammett Street in Ipswich. The business will serve its last meal there on Aug. 14, then reopen in late September at 1A Newbury St. in Peabody, formerly Carrabba’s Italian Grill (next to the Holiday Inn).

Silver Spring, MD – Firepan KBBQ
Back in April of 2021, we let you know that Firepan KBBQ started construction at the old Pete’s New Haven Style Pizza location at 962 Wayne Avenue Suite L-B in Downtown Silver Spring. Firepan had its Montgomery County ABS alcohol license hearing on November 4, 2021 previously announced an August 1st, 2022 opening date on its website. That date was recently changed to Mid-September, according to the website (previously reported by Source of the Spring).

Richardson, TX – Aloha Chicken and Shrimp
Aloha Chicken and Shrimp will open in a second location in Richardson later this year. The new restaurant will be located at 581 W. Campbell Road, Ste. 127, next to the former space of I Love You A Latte coffee shop. No grand opening date has been announced, but ownership said it expects to open this August. Aloha serves a variety of Hawaiian-style rice dishes, including a surf and turf plate, a Spam hand roll and a coconut shrimp plate.

Schaumburg, IL – Mrs. Fields
Mrs. Fields, the cookie specialist from Famous Brands International, is opening a new location in Schaumburg, located at 5 Woodfield Mall. The company’s newest location will share a space with its subsidiary company TCBY in the lower level of the Dining Pavilion wing, across from Peppa Pig World of Play. These new dessert shops will sit beneath a new Falafill East Mediterranean Kitchen and Byrd’s Hot Chicken coming to the Dining Pavilion. The new TCBY/Mrs. Fields will be owned and operated by franchisee Lomesh Amin and is expected to open in December, possibly January 2023. The shopping center is also adding a new Abercrombie & Fitch and Gilly Hicks.

For more information or to view the leads in your area, please visit Flhip.com