PARIS (Reuters) – TotalEnergies is selling its stake in a Siberian gas field, owned in a joint venture with Novatek, to the Russian oil and gas company, the French energy major said on Friday amid criticism over its business dealings in Russia.

The French company, unlike a number of Western rivals, has so far held on to many of its assets in Russia. A spokesperson declined to comment on whether it would do anything with its 19% share in Novatek itself, or any of its other businesses in the country.

A Russian presidential decree published earlier this month banned investors from what Moscow terms unfriendly countries, including France, from selling shares in certain energy projects and banks until the end of the year, but the decree provides for waivers in some cases.

The development will be viewed as a small positive by TotalEnergies’ peers such as BP or Shell, who have been stuck with tens of billions worth of assets in Russia and have struggled to find buyers.

Regarding the sale of its stake in Terneftegaz, which operates the Termokarstovoye gas and condensates field in Siberia, “closing (of the deal) is expected in September 2022, subject to customary conditions,” TotalEnergies said in a statement.

The announcement came after days of controversy over Terneftegaz, which Le Monde newspaper said supplied condensate gas which was later transformed to kerosene used in two Russian army bases.

TotalEnergies said that the divestment had been planned before the controversy emerged.

“On July 18, 2022, TotalEnergies agreed to sell to Novatek TotalEnergies’ 49% interest in Terneftegaz… on economic terms enabling TotalEnergies to recover the outstanding amounts invested in the field,” it said.

The company added that it had sent Russian authorities a request to approve the deal on Aug. 8 and that it got the green light on Thursday.

“As a result, on August 26, 2022, TotalEnergies and Novatek signed the final sale and purchase agreement of TotalEnergies’ 49% interest in Terneftegaz.

TotalEnergies shares traded 0.15% lower on Friday, broadly in line with peers and outperforming the CAC-40 which was down 1.68%.

In a separate statement, TotalEnergies confirmed it and Novatek jointly produce gas condensate in Russia that ends up in jet fuel, but said that it was all for export.

Global Witness, a campaign group which helped Le Monde compile the report, said TotalEnergies was contradicting itself in its statements and that there should be an enquiry.

“The sale of its stake in the Termokarstovoye gas field should not become a smoke screen for TotalEnergies’ remaining commercial relationships in Russia,” Greenpeace legal campaigner Clara Gonzales said in a statement.

Greenpeace said the firm should also sell its stake in Novatek – which it said supplies the Russian army – and cut all commercial links with it.

TotalEnergies decided in July to sell the remaining 20% interest it held in the Kharyaga oil field, in what was its first major divestment in Russia in the wake of Western sanctions over Moscow’s invasion of Ukraine. 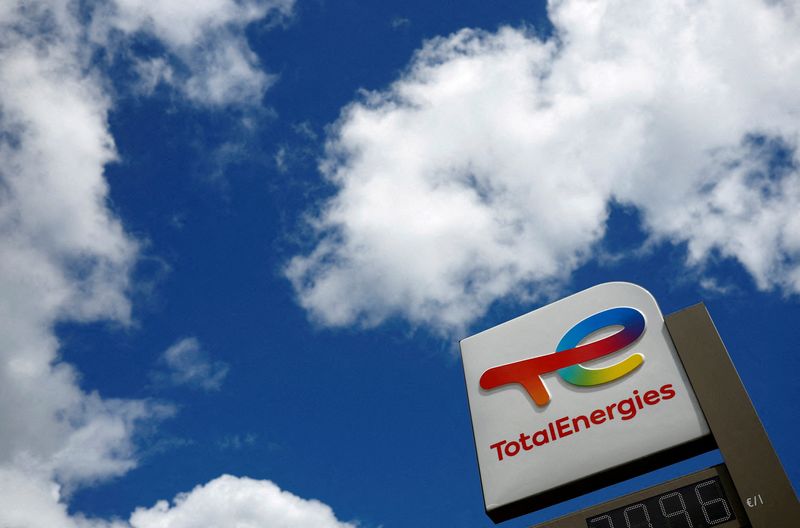