JACKSON HOLE, Wyo. (Reuters) – Cleveland Federal Reserve Bank President Loretta Mester on Saturday said she would base her decision on whether to back a third straight 75-basis point interest rate hike next month on U.S. inflation data, not the closely-watched jobs report.

Fed Chair Jerome Powell on Friday said the Fed will raise borrowing costs high enough to start biting into growth, soften the labor market and bring down inflation, but said the size of September’s rate hike would depend on the “totality” of the data before then. [L1N30219A]

The U.S. Labor Department releases its estimate for September job gains next Friday, and for the consumer price index a week before the Fed’s Sept. 20-21 meeting. The University of Michigan will publish its closely-watched inflation expectations data on Sept. 16.

“I don’t have a lean at this point,” Mester told Reuters on the sidelines of the annual central bankers’ conference in Jackson Hole, Wyoming, adding data on inflation and the inflation outlook will guide her calculus. “We haven’t really seen, to my satisfaction, convincing evidence that inflation is on a downward path – I’m not even convinced it’s peaked yet.”

Mester also said she envisions raising the U.S. central bank’s policy rate to a little above 4% by early next year and then holding it there for all of 2023. The Fed currently targets its policy rate in the 2.25%-2.5% range.

“I don’t see the fed funds rate moving back down next year,” she said. That’s contrary to market expectations for a small decrease, presumably in response to a weakening economy or a decline in inflation.

With the labor market very tight, Mester said she is not expecting a recession. She also does not expect the unemployment rate, now at 3.5%, to rise to more than 4.25%, much less to the 5%-6% that some analysts have said might be required to really cool inflation that, by the Fed’s preferred measure, rose 6.3% in July.

That measure, the personal consumption expenditures price index, was down from June’s 6.8%, but has been running at above the Fed’s 2% target since March 2021.

Mester’s remarks underscore the complete unity among Fed policymakers on the need to raise rates further to beat inflation, regardless of the hit to households as the jobless rate rises.

But they suggest there is room for debate over how far they need to go. Atlanta Fed President Raphael Bostic on Friday for instance said he sees a need for another 100 to 125 basis points of increases, which would bring the target rate to somewhere between 3.25%-3.75%.

While rising unemployment will hurt households, things would be worse if the Fed doesn’t act, Mester said, echoing Powell’s remarks on Friday.

“Inflation right now is causing pain ,” Mester said. “Right now inflation is still very high, it’s unacceptably high, and it’s just going to take more action on the part of the Fed to get it on that downward trajectory.” 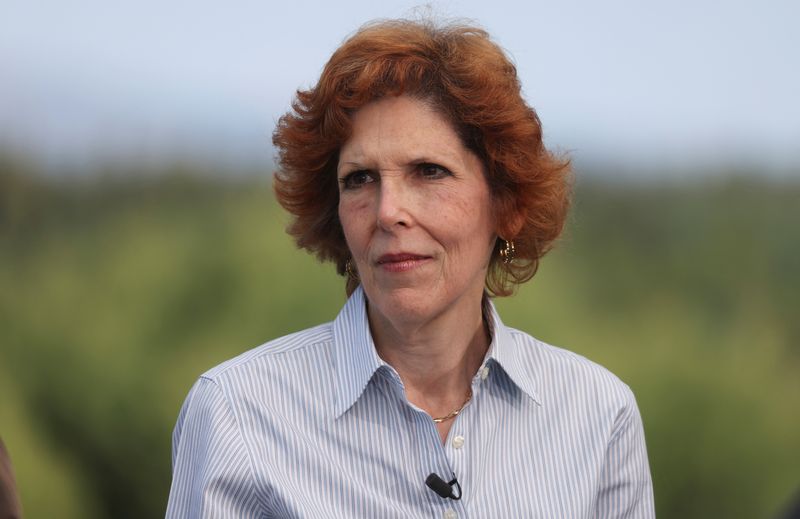