WASHINGTON  – U.S. consumer spending barely rose in July as falling gasoline prices hurt sales at service stations, but monthly inflation slowed sharply, which could reduce the need for the Federal Reserve to deliver another three-quarters of a percentage point interest rate hike next month.

Though the report from the Commerce Department on Friday showed a modest gain in personal income last month, wages increased strongly. That could help to underpin consumer spending and keep the economy growing, albeit moderately.

The slowdown in inflation is likely to be welcomed by U.S. central bank officials. Fed Chair Jerome Powell told the annual Jackson Hole global central banking conference in Wyoming on Friday that the U.S. will need tight monetary policy “for some time.” Powell gave no indication of how high interest rates might rise before the Fed is done. The central bank has raised its policy rate by 225 basis points since March.

“With gasoline prices on track for an even larger fall than in July, and mounting signs that core goods inflation is stepping down, we suspect that could clear the way for a smaller 50 basis points hike in September,” said Michael Pearce, a senior U.S. economist at Capital Economics in New York.

Consumer spending, which accounts for more than two-thirds of U.S. economic activity, edged up 0.1% last month after advancing 1.0% in June. Economists polled by Reuters had forecast consumer spending would gain 0.4%.

The national average gasoline price dropped to about $4.27 per gallon in the last week of July after hitting an all-time high just above $5 in mid-June, according to data from motorist advocacy group AAA.

While that freed money for spending on motor vehicles, clothing, recreational goods, furniture as well as housing and utilities, it depressed sales at service stations. As a result, spending on goods fell 0.2% after surging 1.5% in June.

Outlays on services rose 0.3% amid moderate gains in spending at restaurants and bars as well as on recreation services. Services spending increased 0.7% in June.

A moderate pace of consumer spending in the second quarter helped to blunt the drag on the economy from a sharp slowdown in inventory accumulation caused by supply bottlenecks. Gross domestic product contracted at a 0.6% annualized rate last quarter after shrinking at a 1.6% pace in the first quarter.

Stocks on Wall Street fell on Powell’s comments. The dollar slipped against a basket of currencies. The yield on the two-year U.S. Treasury note briefly popped to its highest level since October 2007 before stabilizing near two-month highs.

The economy is, however, not in a recession. When measured from the income side, it grew at a 1.4% pace, slowing from the January-March quarter’s 1.8% rate, the government reported on Thursday.

Though the Fed’s aggressive monetary policy tightening has raised the risk of an economic downturn, easing price pressures, if sustained, could give it leeway to scale back its rate hikes.

Financial markets see a 50/50 chance of 75 basis points or half-a-percentage point increase at the Sept. 20-21 meeting.

The personal consumption expenditures (PCE) price index dipped 0.1% last month, the first drop since April 2020, after surging 1.0% in June. In the 12 months through July, the PCE price index increased 6.3%. That was the slowest year-on-year rise since January and followed a 6.8% jump in June.

Excluding the volatile food and energy components, the PCE price index gained 0.1%, the weakest reading since February 2021, after racing 0.6% in June.

The so-called core PCE price index increased 4.6% on a year-on-year basis in July. The smallest annual advance in nine months followed a 4.8% rise in June.

There was more encouraging news on inflation. The University of Michigan’s consumer sentiment survey on Friday showed households’ near-term inflation expectations fell to an eight-month low in August.

Though oil prices have dropped significantly, rental costs have remained hot, leaving some economists hesitant to declare that inflation has peaked.

“Previous instances of slowing inflation momentum this past year have unexpectedly pivoted back to acceleration,” said Will Compernolle, as senior economist at FHN Financial in New York.

With monthly inflation subsiding, inflation adjusted consumer spending increased 0.2% in July after being unchanged in June, indicating a steady pace of growth at the start of the third quarter.

Strong wage growth amid a tight labor market bodes well for consumer spending, especially if inflation continues to cool. The saving rate was unchanged at 5%.

Despite the tepid consumer spending rise, GDP growth is expected to rebound this quarter, thanks to a shrinking trade deficit. A separate report from the Commerce Department on Friday showed the goods trade deficit narrowed 9.7% to $89.1 billion in July as imports declined. Wholesale inventories rose 0.8%, while stocks at retailers increased 1.1%.

“The baseline outlook is for the U.S. economy to remain recession-free,” said Matt Colyar, an economist at Moody’s Analytics in West Chester, Pennsylvania. 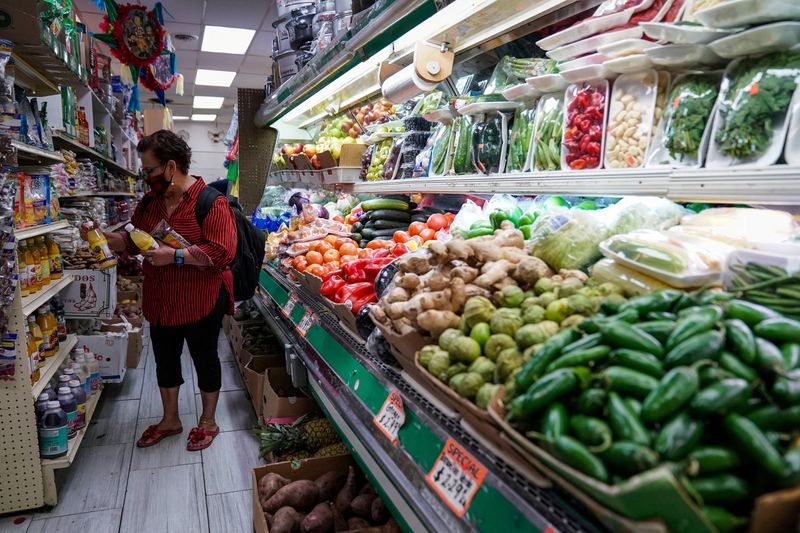 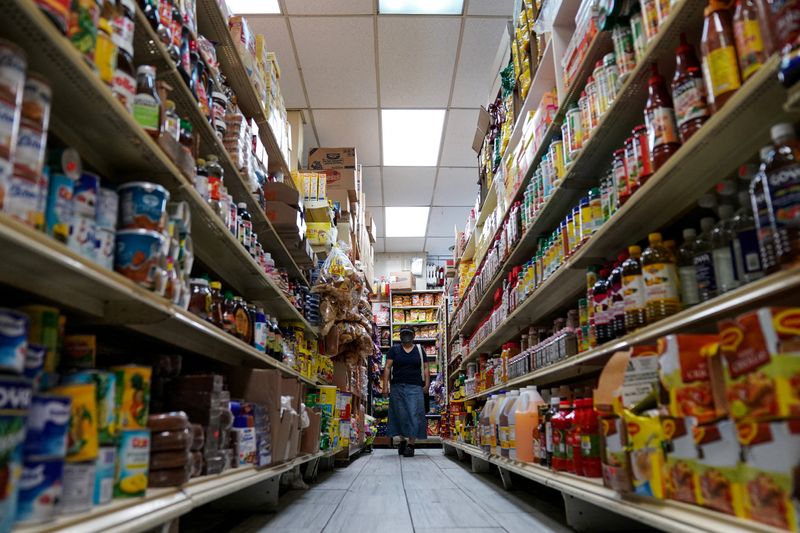