U.S. labor markets are even more constrained than the current 3.5% unemployment rate indicates, according to new economic research that argues declines in the number of hours employees want to work were reinforced by the pandemic and are set to continue.

The research, released on Friday at the Kansas City Federal Reserve’s annual Jackson Hole research symposium in Wyoming and published separately, shifts the focus from how many people are working, to how many hours they are putting in – or want to.

In economically more developed nations, the trend on that front has been falling for decades, according to research presented at the symposium and conducted by Goethe University Frankfurt’s Nicola Fuchs-Schundeln, Vanderbilt University’s Adam Blandin and the St. Louis Fed’s Alexander Bick.

They suggest the advent of more flexible work schedules and work from home during the COVID-19 pandemic will likely strengthen a trend in which the number of people in jobs continues to rise, but the average hours each one works falls.

Overall labor “effort,” in other words, grows more slowly than employment – and implies less labor slack in the economy than might be suggested from the number of jobs alone. In gauging wage and inflation trends, central banks try to estimate whether an economy is below, at, or above the rate of employment that might produce price pressures, and getting that wrong can lead to policy mistakes.

Changing labor preferences “could also affect the responsiveness of labor to business cycle shocks, monetary policy shocks, and tax policy shocks,” according to the research.

It’s just the latest in a string of research showing how the pandemic changed the labor market.

Firm conclusions may be difficult in the short-run, and the situation may change over time. The current high rate of inflation, for example, could prompt people to want to work more, or even return to a job from what was expected to be a permanent retirement.

Still, Fed policymakers and other officials have been surprised at how strong hiring has remained in recent months, with only a slight change in the number of job openings even as the economy seems to be slowing. They’ve been similarly disappointed that labor force participation hasn’t rebounded to where it was before the pandemic, and that the overall number of people working or looking for a job has not budged this year.

The result – wage increases running faster than productivity – could be adding to the high inflation the Fed is trying to control.

One recent Fed discussion paper noted that surveys point to large numbers of adults reporting long COVID symptoms, including cognitive problems, and concluded “there is growing evidence that long COVID may be restraining labor supply.”

A recent paper by Chicago Fed economist Jason Faberman suggests that sluggish labor supply may be here to stay.

In particular, it appears that retirees, stay-at-home parents, or others out of the labor force are less willing now than in the past to pick up odd jobs or part-time work.

That trend was documented through a survey administered by the New York Fed that Faberman helped design.

Using a measure that captures the difference between the number of hours people want to work and the number of hours they actually work, “our findings suggest that an overall lower willingness to work has led to a contraction in labor supply,” Faberman wrote. 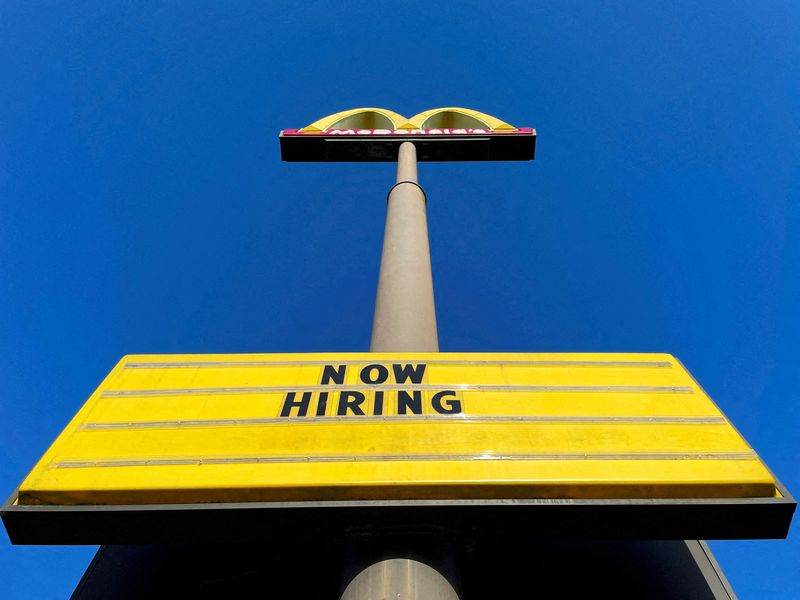 Two shot outside Capital One Arena in D.C. after Rod Wave concert

34-Year-Old Shot To Death In Baltimore