WASHINGTON (Reuters) -Two U.S. Navy warships sailed through international waters in the Taiwan Strait on Sunday, the first such operation since a visit to Taiwan by U.S. House Speaker Nancy Pelosi enraged China which regards the island as its territory.

The U.S. Navy, confirming a Reuters report, said cruisers Chancellorsville and Antietam were carrying out the ongoing operation. Such operations usually take eight to 12 hours to complete and are closely monitored by China’s military.

In recent years, U.S. warships, and on occasion those from allied nations such as Britain and Canada, have routinely sailed through the strait, drawing the ire of China which claims Taiwan against the objections of its democratically elected government.

Pelosi’s Taiwan trip in early August infuriated China which saw it as a U.S. attempt to interfere in its internal affairs. China subsequently launched military drills near the island which have since continued.

“These (U.S.) ships transited through a corridor in the strait that is beyond the territorial sea of any coastal state,” the U.S. Navy said.

The operation demonstrates the United States’ commitment to a free and open Indo-Pacific, and the U.S. military flies, sails and operates anywhere international law allows, the Navy said.

John Kirby, a spokesperson for the U.S. National Security Council, echoed that position on CNN, saying the ships’ passage was “very consistent” with the U.S. “one-China” policy and of seeking “a free and open Indo-Pacific.”

Kirby added that the operation was planned long ago.

The Chinese military’s Eastern Theater Command said it was following the ships and warning them.

“Troops in the theater remain on high alert and are ready to thwart any provocation at any time,” it added in a statement.

Taiwan’s defense ministry said the ships were sailing in a southerly direction and that its forces were observing but that “the situation was as normal”.

The narrow Taiwan Strait has been a frequent source of military tension since the defeated Republic of China government fled to Taiwan in 1949 after losing a civil war with the communists, who established the People’s Republic of China.

Pelosi’s visit to Taiwan was followed around a week later by a group of five other U.S. lawmakers, with China’s military responding by carrying out more exercises near the island.

Senator Marsha Blackburn, a U.S. lawmaker on the Senate Commerce and Armed Services committees, arrived in Taiwan on Thursday on the third visit by a U.S. dignitary this month, defying pressure from China to halt the trips.

The administration of U.S. President Joe Biden has sought to keep tension between Washington and Beijing from boiling over into conflict, reiterating that congressional trips are routine.

The United States has no formal diplomatic relations with Taiwan but is bound by law to provide the island with the means to defend itself.

China has never ruled out using force to bring Taiwan under its control.

Taiwan says the People’s Republic of China has never ruled the island and so has no claim to it, and that only Taiwan’s 23 million people can decide their future. 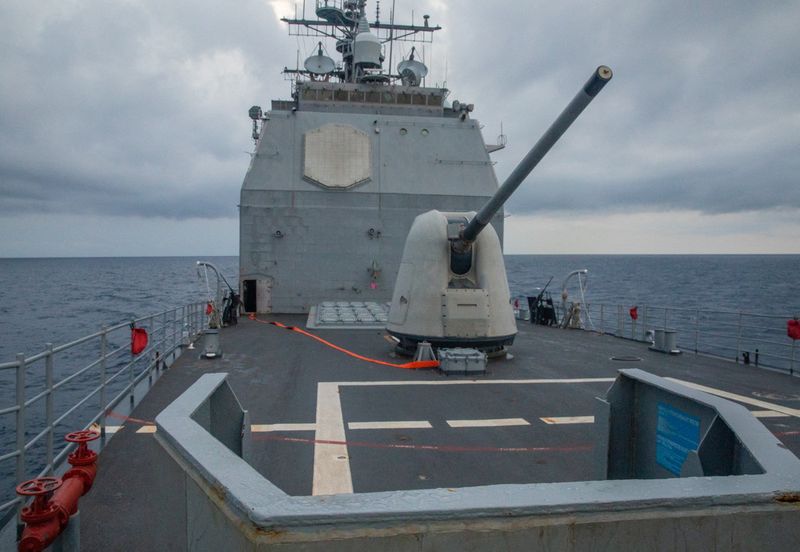