NEW YORK (Reuters) – A U.S. judge on Monday handed a victory to Peloton Interactive Inc, saying subscribers must arbitrate their claims that the maker of at-home bicycles improperly charged sales tax on memberships in New York, Virginia, Massachusetts and Oregon.

Ramos said Peloton had not waived its right to arbitrate after failing to pay filing fees and defaulting in an unrelated 2019 arbitration over the deletion of thousands of videos from its streaming library.

He also rejected claims that the plaintiffs were not formally told by Peloton or never formally acknowledged they had agreed to arbitrate.

The plaintiffs contended that New York-based Peloton should have treated its $39-a-month “All Access” and $12.99-a-month digital memberships as tax-exempt “digital goods” in the four states, instead of charging sales tax between 6.3% and 8.9%.

They said Peloton may have collected millions of dollars improperly nationwide, despite having in January 2021 stopped charging the tax in New York, Virginia and Massachusetts.

Some defendants prefer arbitration to litigation because arbitration can cost less and remain confidential, and obtaining evidence can be more difficult.

Lawyers for the plaintiffs did not immediately respond to requests for comment.

Peloton did not immediately respond to a similar request, but has said it does not discuss pending litigation.

In its most recent quarter, Peloton lost $1.24 billion as demand for its bicycles and treadmills tumbled and the number of subscriptions stagnated. Both had soared early in the COVID-19 pandemic.

Peloton’s share price has fallen 90% in the last year. 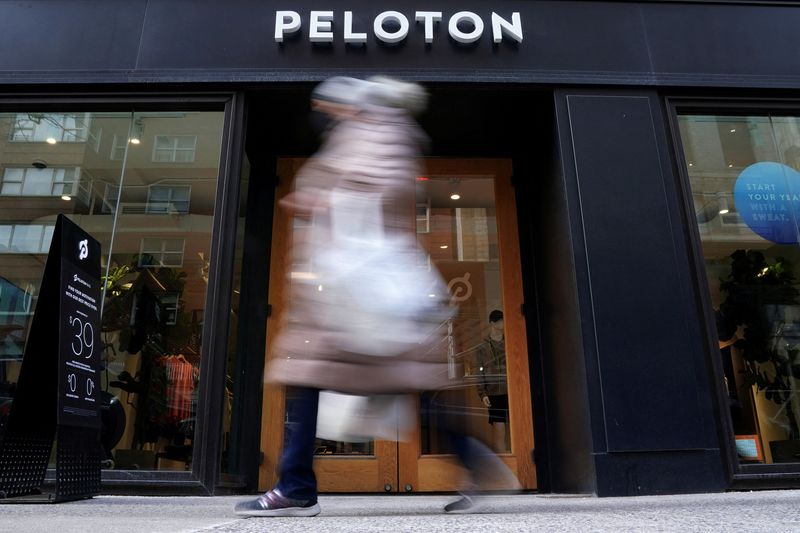