(Reuters) -The U.S. government said on Monday it would provide about $11 million to support the packaging of Bavarian Nordic’s Jynneos monkeypox vaccine at a U.S.-based manufacturer’s facility.

The Danish company, which is the maker of the only approved monkeypox vaccine, had earlier this month signed up Michigan-based Grand River Aseptic Manufacturing to package the two-dose shot.

The production is expected to begin later this year, the U.S. Department of Health and Human Services said, adding that the funding will help the manufacturer recruit more staff and buy additional equipment.

Globally, the number of confirmed monkeypox cases have crossed 47,600 with over 17,000 cases reported in the United States so far.

The Jynneos vaccine is in short supply and U.S. regulators have authorized a method of administration that allows providers to get five doses instead of one from a single vial to expand access.

The United States initially ordered 3 million doses and in July sought another 2.5 million doses. Bavarian Nordic said the additional doses would be packaged at the U.S. facility.

The delivery of the total 5.5 million doses is spread across this year and the next.

More than 207,000 doses of Jynneos vaccine have been given in the country as of Aug. 23, but very few people have received the second shot needed for full protection, U.S. Centers for Disease Control and Prevention Director Rochelle Walensky said last week.

(Reporting by Amruta Khandekar in Bengaluru; Editing by Arun Koyyur) 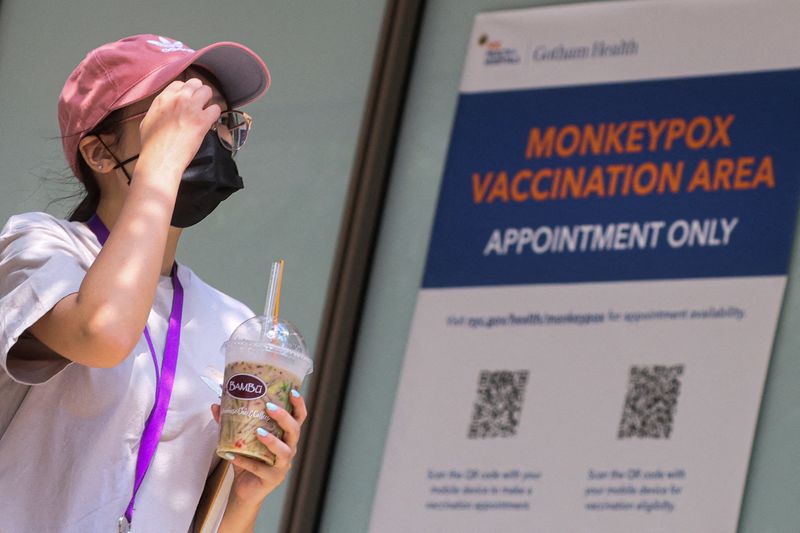