LONDON (Reuters) – Europe’s short-haul aviation market is unlikely to return to its pre-pandemic peak during the next two years due to high energy costs and the resultant economic shock, Ryanair boss Michael O’Leary said on Tuesday.

“I think that the overall market will not in 2023, 2024, return to pre-COVID traffic levels. They will probably lag behind,” the Ryanair Group Chief Executive told a news conference in London.

Ryanair on the other hand “will grow stronger in a recession as we have in every other recession heretofore,” he said, saying the airline’s relatively high level of fuel hedging and low aircraft costs would allow it to undercut rivals. 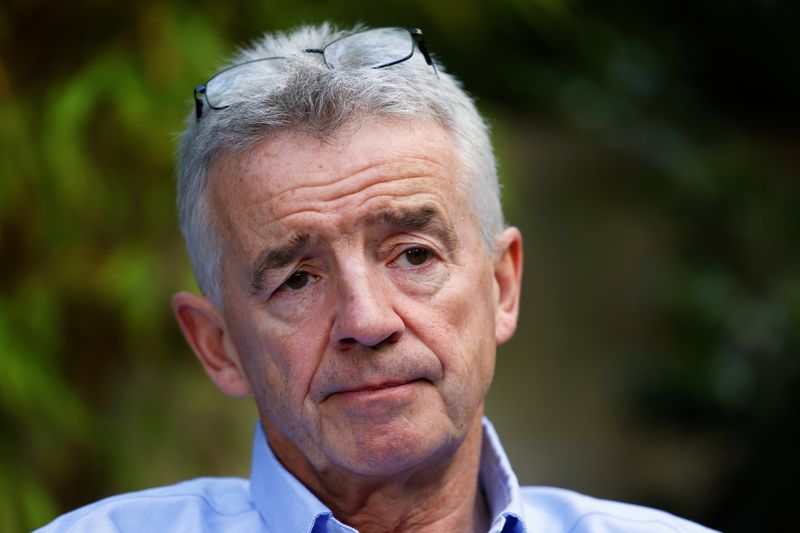