LONDON (Reuters) – Jailed Russian opposition politician Alexei Navalny said on Tuesday that he had been thrown into solitary confinement for the third time this month to punish him for his political activity.

President Vladimir Putin’s most vocal critic inside Russia is serving 11-1/2 years in a high-security penal colony after being convicted of parole violations, fraud and contempt of court – charges that he says were fabricated to thwart his political ambitions and smother dissent.

In a post on his Twitter and Instagram accounts, each with millions of followers, Navalny wrote via his lawyers that he had been sent to a punishment cell for seven days for introducing himself incorrectly.

“The fact is that I am ‘too politically active for a prisoner’,” he wrote. “The prisoners’ union I created is a source of great irritation: ‘We didn’t put him in jail for him to create labor unions here’.”

Navalny said the campaign of his Anti-Corruption Foundation (ACF), banned in Russia, to have international sanctions extended to more of Russia’s rich and powerful had prompted those people to demand measures to make him and the foundation “back off”.

The Federal Penitentiary Service did not immediately respond to a request for comment.

Navalny restated his opposition to Russia’s war in Ukraine.

“I’m no worse off than many others, I don’t have bombs falling on me here. I hate this war, and me and my colleagues at the ACF are trying to do something to bring it to an end,” he said.

“Putting pressure on Putin’s corrupt elite to the point of splitting it is what we need now.”

Last week, Navalny said he had received a similar five-day punishment for briefly walking without his hands behind his back.

On Aug. 15, he said he had been thrown into a punishment cell for three days failing to do up the top button on his prison uniform, which he said was too small.

In his latest post, he said the punishment cell meant sitting “on an iron stool in a 2×3-metre cell eating nothing but slop”.

Navalny was arrested last year when he voluntarily returned to Russia from Germany, where he had been treated for what Western laboratory tests showed was a near-fatal attempt to poison him in Siberia with a Soviet-era nerve toxin. Russia denies trying to kill him. 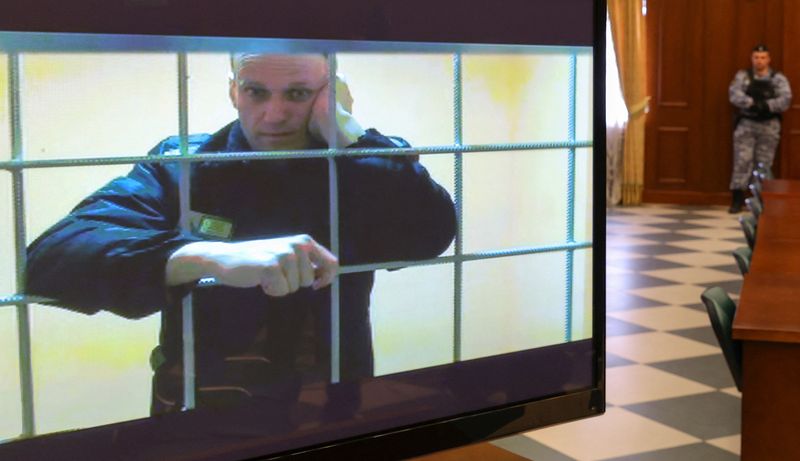