(Reuters) – Silicon Valley-based SiMa.ai, a machine learning startup backed by Fidelity Management & Research Company, said on Tuesday it started shipping chips and systems to customers that are testing them, an important step for mass production.

SiMa.ai board members include Moshe Gavrielov, an independent director on the world’s top chip maker Taiwan Semiconductor Manufacturing Co.’s board, and Lip‑Bu Tan, who was elected to Intel’s board of directors, effective Sept. 1, 2022.

Krishna Rangasayee, SiMa.ai CEO and founder, said while data centers and cloud systems use cutting edge chips for machine learning applications, chip development for gadgets such as security cameras, drones has been slower despite the explosion of new internet connected devices.

“In my mind, it’s a bigger market than the cloud. It’s multi-trillion dollar market,” he said.

Tan, who has also invested in SiMa.ai, said he was attracted by the company’s strategy of building a software platform for the chip that supports all machine learning formats, making it easier for companies to use the chip in their products.

SiMa.ai semiconductors are manufactured at TSMC and used chip software tool Synopsys Inc to design the chip. Mass production is scheduled for the first quarter next year, said Rangasayee. 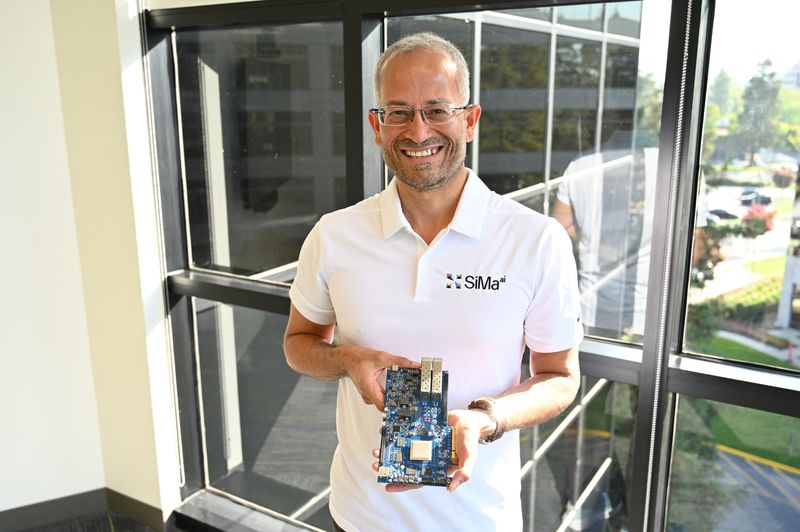