CHICAGO (Reuters) -More farm equipment dealers are going out of business, leaving a handful of companies with control of a large swathe of the market and greater ability to set prices for selling and repairing equipment, according to interviews with farmers, equipment dealers and analysts.

In Montana, a state the size of Germany, only three Deere & Co. dealerships remain compared to around 30 two decades ago, according to the state Farmers Union. Local barley farmer Erik Somerfeld said one dealer network dominates all sales and repairs for rival equipment maker CNH Industrial.

Somerfeld has had to travel out of state to get parts for his equipment when they aren’t in stock at his local dealership 25 miles (40 km) from his home.

“The dealership that’s 110 miles away normally has anything I want at a lower price,” Somerfeld said.

Fewer dealers to service millions of acres of farmland means U.S. farmers are paying more for equipment and gas at a time they also face higher costs https://www.reuters.com/markets/commodities/off-charts-chemical-shortages-hit-us-farms-2022-06-27/ of seeds, fertilizer, and other crop care chemicals. Increased costs are threatening their profits and ability to expand plantings next season at a time of growing concern over global food security.

Roughly 65% of farmers in the United States have access to fewer equipment dealerships than they did five years ago, according to a survey https://uspirg.org/feature/usp/deere-headlights-ii conducted in late 2021 by the U.S. Public Interest Research Group (PIRG) and the National Farmers Union, based on interviews with 74 farmers.

For Deere, more than 80% of authorized dealer locations are now part of larger chains, defined as owning seven or more stores, according to the survey and dealership location data analyzed by Reuters. CNH and AGCO Corp have a smaller percentage of their dealerships owned by larger chains — at 37% for CNH’s Case IH brand and 22% for AGCO as of December 2021.

Deere, best-known for its green tractors that have been the workhorse of agriculture for decades, CNH, and AGCO declined to comment on dealership consolidation.

Ag-Pro, Deere’s largest privately owned dealer chain, added 59 dealerships to its portfolio through 20 acquisitions since 2017, according to data from the company’s website.

Farmers say the scarcity of local dealers, on the other hand, has cost them time and money hauling in machinery.

An oil pressure issue with Tony Lourey’s 20-year-old tractor put him out of commission at the beginning of hay bailing season last July.

With the only independent repair shop near him estimating a three-week wait to get the tractor up and running, the Duluth, Minnesota, farmer ended up driving over 150 miles to a Wisconsin-based AGCO dealer to purchase a brand-new $75,000 tractor. The delivery fee added another $1,200 to the bill.

After getting the new machine onto his field, the high-horsepower tractor malfunctioned minutes after he put it into gear.

“At this point, I’m pulling my hair out,” Lourey said.

At the same time farmers lack bargaining power to get better purchase prices on equipment due to fewer dealers, they are also facing higher prices to repair equipment. As the industry accelerates its adoption of technology, high-tech machinery has made it nearly impossible for them to fix their own equipment, or go to independent technicians.

U.S. President Joe Biden’s administration has tried to address the so-called right-to-repair with machinery-makers through a sweeping executive order signed last summer aimed at promoting more competition in the economy amid rising inflation, and manufacturers have made some concessions in response to lawsuits from consumers.

Until recently, Deere only gave authorized dealers the gateway to access the complex computerized systems of their tractors and other machinery. This has translated into a solid bottom line for its parts and services business. Financial filings from the Moline-based company showed that annual sales of parts have increased from $4.5 billion in 2011 to $6.8 billion in 2020.

In March, the company announced that it would make a diagnostics software tool available to farmers and independent repair shops that could be purchased online.

Other machinery makers are also raising prices for repairs after consolidating dealership ownership in an effort to boost sales, mechanics and farmers said.

An independent technician, who declined to be named and used to work at a dealership that was bought by Titan Machinery, the largest dealer chain for CNH Industrial, said he often gets calls from customers he believes are being overcharged.

For example, he said changing gear fluids on a quadtrac tractor, a machine used for planting and harvesting in muddy conditions, should cost around $2,000.

“I would get calls from farmers telling me that Titan has billed them $12,000,” he said.

Titan Machinery did not respond to request for comment.

The pressure from machinery makers for dealers to grow their market share has increased, meaning further consolidation in the industry is likely, said Ken Wagner, president of Kansas-based Heritage Tractor Inc, which sells Deere equipment.

“Deere demands performance from their dealers – it’s all about size and scope now,” he said. 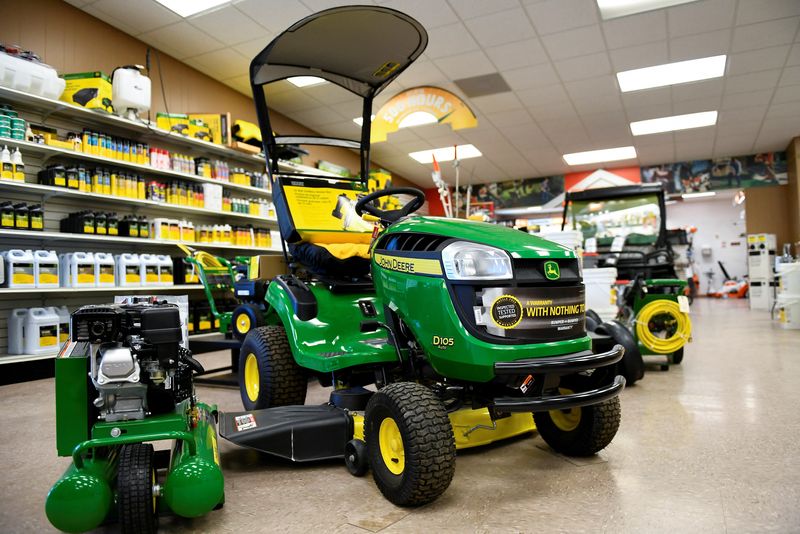 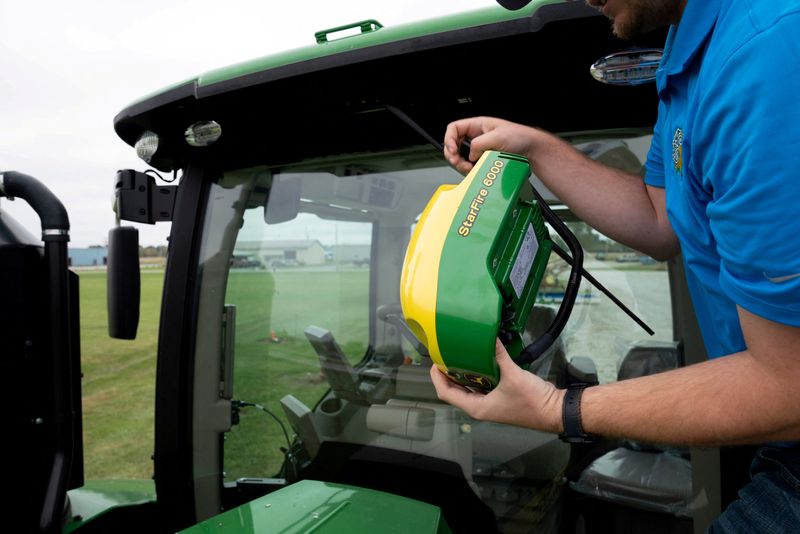