Biden accused lawmakers and others devoted to the Make America Great Again (MAGA) agenda led by former U.S. President Trump as willing to overturn democratic elections, ignore the Constitution and “determined to take this country backwards” to a time without rights to abortion, privacy, contraception or same-sex marriage.

“Donald Trump and MAGA Republicans represent an extremism that threatens the very foundations of our republic,” Biden said. “As I stand here tonight, equality and democracy are under assault. We do ourselves no favor to pretend otherwise.”

The prime-time speech in Philadelphia, the birthplace of American democracy, marked a sharp turn for Biden as midterm congressional elections approach.

Aides say the president is increasingly concerned about anti-democratic trends in the Republican Party, and sees a need to jump into this year’s election fight and recast the stakes of his own 2024 re-election bid.

After spending much of 2022 trying to combat high inflation at home and Russia’s invasion of Ukraine, and enduring two bouts of COVID-19 over the summer, Biden has in recent days repeatedly lashed out at Trump-aligned Republicans.

His remarks on Thursday denouncing political violence and urging bipartisan compromise came after speeches in recent days where he condemned MAGA philosophy as “semi-fascism” and assailed Republican threats against the FBI after a search of Trump’s Florida home as “sickening.”

“Instead of trying to bring our country together to solve these challenges, President Biden has chosen to divide, demean and disparage his fellow Americans,” McCarthy said in Biden’s hometown of Scranton, Pennsylvania. “Why? Simply because they disagree with his policies.”

A Democratic fundraiser said donors are closely watching Biden’s performance over the next few months to gauge whether to back him in a 2024 presidential run.

Some have already decided that Biden, 79, should step aside to make way for fresh leadership, while others want to see if he can lead the party effectively.

“If we can pull it off and retain the Senate, then there will be enough voices saying he has earned it and pave the way for re-election,” said a senior Democratic official. “If we don’t, the overwhelming sentiment will be ‘Pass the torch.'”

Biden spoke in Philadelphia from behind bullet-proof glass and within earshot of chanting Trump-supporting protesters. He made his remarks at a venue meant to signal the historical significance of his appeal, near Independence Hall, where the U.S. Declaration of Independence and Constitution were adopted.

Some historians and legal scholars have cast the stakes in starker terms than Biden’s political future, saying free elections and commitment to the rule of law hang in the balance.

They say losing Congress would not only make Biden a lame-duck president, but also turn over control of certifying the results of the next presidential election to Trump sympathizers, some of whom never accepted Biden’s 2020 victory and who have pledged to overhaul voting systems.

Biden alluded to the concerns, saying “I will not stand by and watch elections in this country be stolen by people who simply refuse to accept that they lost.”

The speech echoed Biden’s signature 2020 campaign pledge to restore the “soul of the nation” and, by implication, purge the values associated with Trump. In the nearly two years since Biden was elected, Republican voters have mostly backed candidates aligned with the former president; more than half say they believe Trump rightfully won the election.

Confronted by threats after Trump’s loss, one in five election workers polled this year said they may quit before the next presidential election.

(Reporting by Steve Holland in Philadelphia, and Trevor Hunnicutt and Jarrett Renshaw in WashingtonAdditional reporting by Jeff Mason and Tyler Clifford in WashingtonEditing by Heather Timmons, Jonathan Oatis and Matthew Lewis) 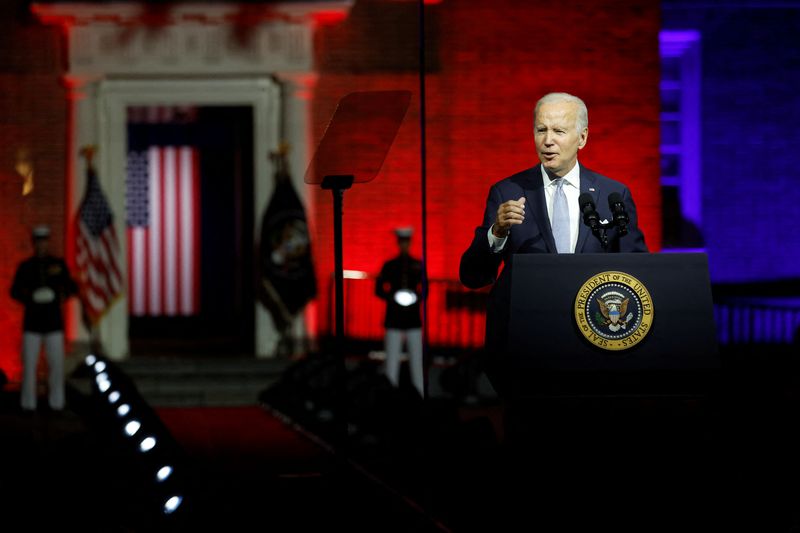 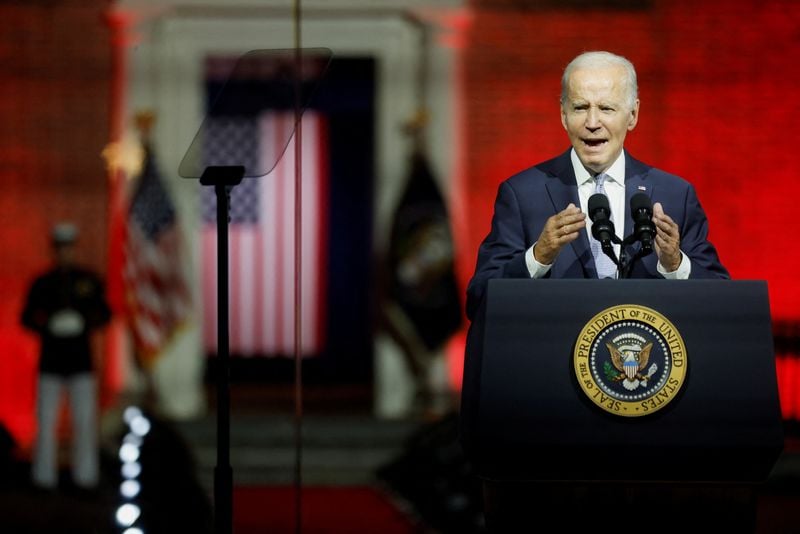 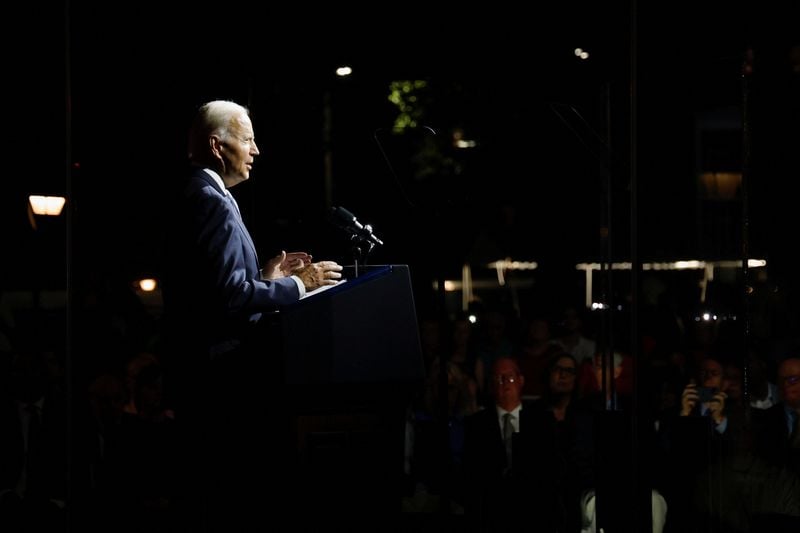 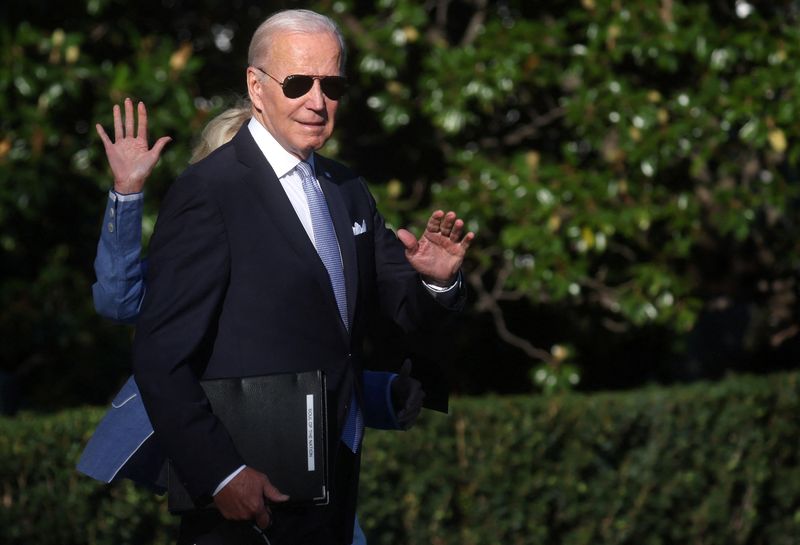 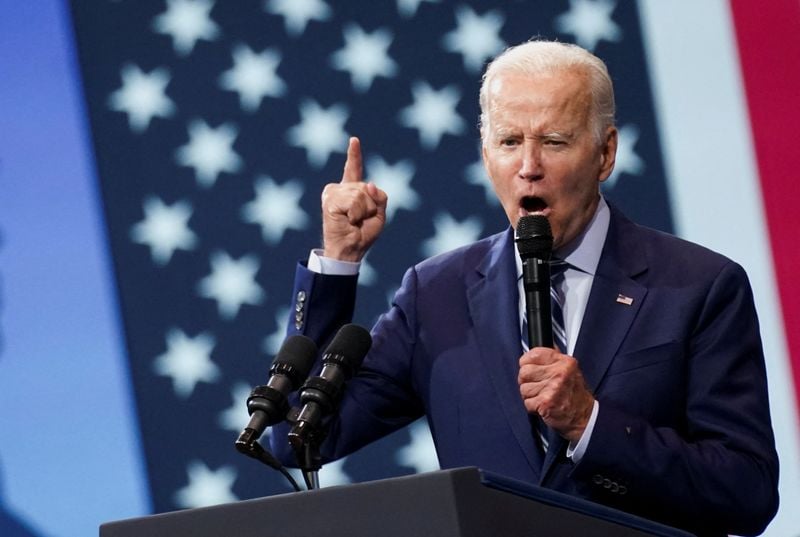