By Karin Strohecker and Vincent Flasseur

LONDON (Reuters) – The pace and scale of interest rate hikes delivered by central banks across developed and emerging markets slowed in August as policy makers reassessed the trajectory for inflation and energy prices.

Global central banks collectively lifted interest rates by 675 basis points (bps) in August – about half of the amount they ramped up benchmarks in July.

Of the total, 200 basis points was delivered by policymakers overseeing four of the 10 most heavily traded currencies.

But it was rate setters in emerging markets who really took the foot off the pedal. They delivered 475 bps worth of hikes, roughly half of the tightening compared to the previous month, Reuters calculations showed.

Yet altogether, major emerging market economies have delivered 5,740 bps in rate increases since the start of the year compared to 1,300 bps from developed peers.

“Central banks all over emerging markets have hiked pre-emptively – they were ahead of the curve,” said Flavio Carpenzano, investment director at Capital Group. “They did not have the luxury of letting inflation run.”

In emerging markets, Asian central banks – which had been laggards in the cycle – upped rates, with Indonesia, India, South Korea, Thailand and the Philippines all lifting benchmarks.

China cemented its outlier status by trimming its rates while Turkey shocked markets by cutting rates 100 bps to 13% despite inflation topping 80%.

Price pressures – especially from food and energy prices surging in the wake of Russia’s invasion of Ukraine – are not the only worry for policymakers.

Post-pandemic euphoria has quickly given way to growth fears. A recession is now almost certain in many parts of the world, while inflation is still running high and a winter with looming energy shortages – especially in Europe – is fast approaching.

Rate hike momentum is expected to pick up again this month with the U.S. Federal Reserve, the European Central Bank and the Bank of England all expected to raise borrowing costs again.

Indeed, as the growth outlook turns, many developed central banks are expected to frontload rates with market bets on a more aggressive 75 bps ECB September rate hike ramped up this week.

“Expect more big rate hikes in September from the major central banks, even if many of them are closing in on the end of their respective tightening cycles,” predicted James Knightley, chief international economist at ING. 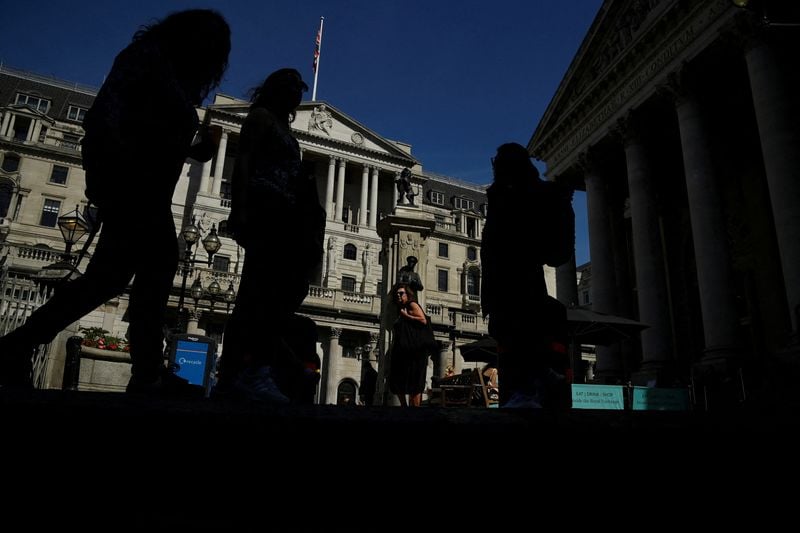