(Reuters) – Russia said on Friday it found leaks during maintenance on the Nord Stream 1 pipeline that supplies natural gas to Europe and will keep it shut for an undisclosed period.

Flows will not resume until all faults are rectified, Russia said in a statement, a worrisome development for Germany and other countries, hoping to build gas stocks before winter.

Nord Stream 1 operator Gazprom had shut the line on Aug. 29 for three days of maintenance, and was due to resume flows to Germany on Saturday. The Russian state company said it found an oil leak that meant a pipeline turbine could not run safely.

The maintenance shutoff was a pretext, said Brussels, which accused Russia of using gas as an economic weapon to retaliate for Europe’s support of Ukraine. A repaired turbine readied for Gazprom has been stuck in Germany.

“This is part of Russia’s psychological war against us,” he tweeted. “Putin violates contracts without scruples, turns the gas tap on and off, even at the expense of his own economic interests. Nord Stream 2 won’t help with this, only energy transition and energy diversification.”

“Europe is on pace to enter this winter in a more advantageous storage position than in 2021, but storage alone will not be enough to get through the winter. Demand will almost certainly need to be curtailed if Nord Stream remains offline for a significant period of time.

“There is also a risk that U.S. LNG exports will be reduced in the coming months as hurricane activity begins to develop in the Atlantic and as facilities need to go offline for routine maintenance.”

“Gazprom’s announcement this afternoon that it is once again shutting down Nord Stream 1 under fallacious pretenses is another confirmation of its unreliability as a supplier,” he said in a tweet.

“It’s also proof of Russia’s cynicism, as it prefers to flare gas instead of honoring contracts.”

“It is unfortunately not surprising that Russia continues to use energy as a weapon against European consumers. The U.S. and Europe have been collaborating to ensure sufficient supplies are available.

“As a result of these efforts, European gas storage will be full by the critical winter heating season. These efforts alone will not suffice and we will continue to work together to address the concerning energy picture in Europe.”

“A complete shutdown will obviously have implications on market sentiment given how tight the market is and will increase the risk of further cuts via other pipelines bringing Russian gas to the EU via Ukraine and Turkey. Prices will inevitably shoot up on Monday when markets will re-open.”

“Russia made all of these calculations prior to attacking Ukraine, and can play a game of chicken with Central and Western Europe in terms of crude oil and natural gas. Russian holds most, if not all, of the cards, and does not have to blink first. India and China continue to fund some percentage of the Russian war effort by purchasing big volumes of Russian commodities at discounted prices. This is the question: which comes first – Russia runs of cash to fight Ukraine or the heat and lights go out in Europe this winter?”

“It seems like Russia is trying to force gas prices high enough that oil is used for power and heat generation” instead of gas, he said. “It’s revenue maximizing for them to have high TTF & JKM prices and high oil prices,” he added, referring to European and Asian gas price indexes by the acronyms.

“It is only going to cement Europe’s bitter divorce from Russian energy supplies over next couple of years and further Europe’s desire to put in place infrastructure facilities to wean themselves off of Russian gas.

“In the near term there certainly will be a price to pay on the part of the consumer, paying more for natural gas and electricity in Europe. But I think this is also going to harden the resolve of the European Union to minimize their dependence on Russian energy supplies.

“There may be short-term gain for Russia, especially politically if this results in social unrest in Europe, but the blame is going to be pointed on Russia and in the long term that could have a serious detrimental effect.”

“Should Nord Stream flows not resume, and if we have an average winter, European inventories might end up at 26% by the end of March 2023, which is still a positive outlook as Europe will have higher levels than it had at the start of 2022 summer.

“The main risk is in the scenario that Europe faces an extremely cold winter this year. If it happens, we estimate that Europe could end winter with 8% of storage level. This is below the technical limits, which, summed with power market tightness due to lower nuclear, coal and hydro-power outputs, could result in gas and power demand rationing.” 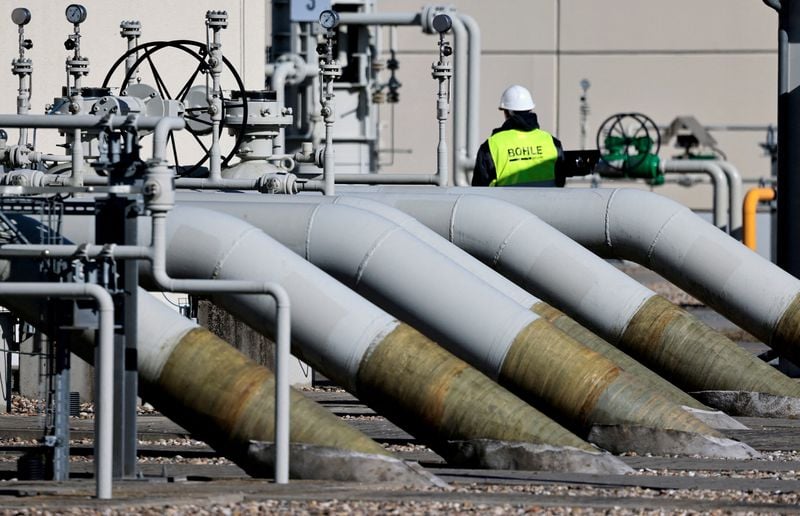