Among the highest temperatures expected on Tuesday was a record-setting 115 degrees Fahrenheit (46 C) in the state capital of Sacramento, the National Weather Service said.

The heatwave, which began in Southern California last week and moved north over the Labor Day weekend, brought all-time high temperatures for Sept. 5 to San Francisco, Oakland, San Jose and other nearby cities, the National Weather Service said.

The hottest day of the heatwave was expected to be Tuesday, and California Governor Gavin Newsom said the risk of power outages was real and immediate.

“This heat wave is on track to be both the hottest and longest on record in the state and many parts of the West for the month of September,” Newsom said in a video sent to reporters.

The weather has also made it more difficult to fight wildfires, as hot air dries vegetation that can fuel blazes.

On Monday, a rapidly expanding wildfire in Riverside County, east of Los Angeles, killed two people and injured a third. On Tuesday, it was only 5% contained, according to the California Department of Forestry and Fire Protection (Cal Fire).

Over the past week, a fire in the far nothern portion of the state killed two people and destroyed hundreds of homes and buildings in and around the city of Weed. As of Tuesday morning, that fire was 55% contained after scorching some 4,300 acres (1,620 hectares).

The California Independent System Operator, which manages much of the state’s electrical grid, extended its call for residents to set thermostats to 78 degrees (25.5 C) and avoid using large appliances during the hours of 4 pm to 9 pm. During those peak hours, power generated by solar and hydro-electric resources begins to fade yet demand for air conditioning remains high as inland areas hit the hottest parts of their day.

Other power managers, including the Sacramento Municipal Utility District, asked residents of the hard-hit state capital region to conserve even more, setting their thermostats to 80 degrees to help avoid blackouts.

The heat, which is expected to continue through Friday, is leading to record demand on the energy grid, said Newsom, whose office has asked residents to chill their homes in the cooler mornings to 70 degrees, and then set thermostats higher in the afternoon and evening.

More than two decades of drought and rising temperatures, exacerbated by climate change, have made California more vulnerable than ever to wildfires. The two most devastating years on record were in 2020 and 2021, based on the number of acres burned. 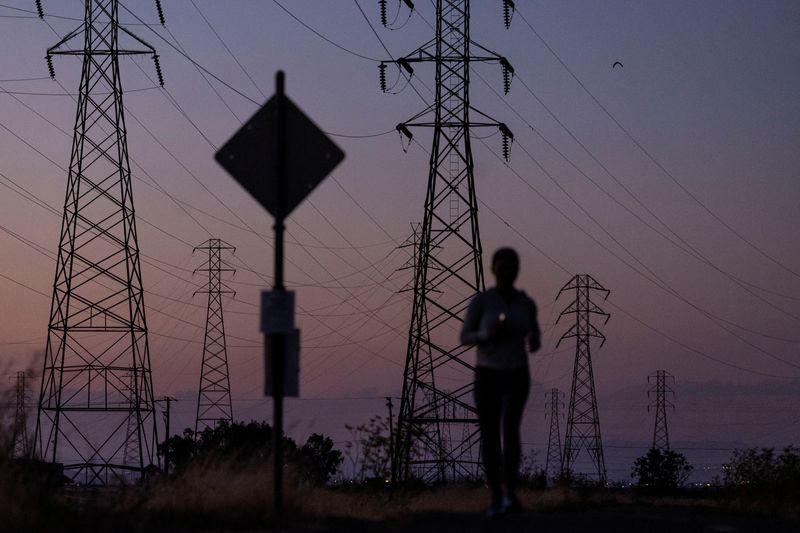