PARIS (Reuters) – The share price of EDF on Tuesday crossed the 12 euros price set by the French government to buy out the French energy giant, as speculation grows about efforts by activist minority shareholders to obtain a higher offer price.

The EDF stock hit a high of 12.03 euros ($11.95) during morning trading in Paris, signaling that some investors were ready to lose a few cents per share should the government’s planned takeover offer be successful at its current price.

It is the first time the stock crossed the 12 euros line since the French government, which already controls 84% of EDF shares, announced in July it would nationalise the debt-laden company.

Analysts covering merger arbitrage funds, which typically bet on the outcome of public offers, argued that the fact that the bid has not yet been lodged with the French financial markets regulator was fuelling speculation of a sweetened bid.

The Finance Ministry in July said it planned to file its offer at the beginning of September.

A number of EDF shareholders argue that it is unfair to ask them to foot the bill for a government decision to shield consumers from skyrocketing energy prices, a policy for which EDF is claiming 8.3 billion euros in compensation from the state.

Some investors might therefore be tempted to buy the stock at just above 12 euros in the hope that a court, albeit in a few years, rules in favor of EDF and orders the state to pay some form of compensation to shareholders, analysts said. 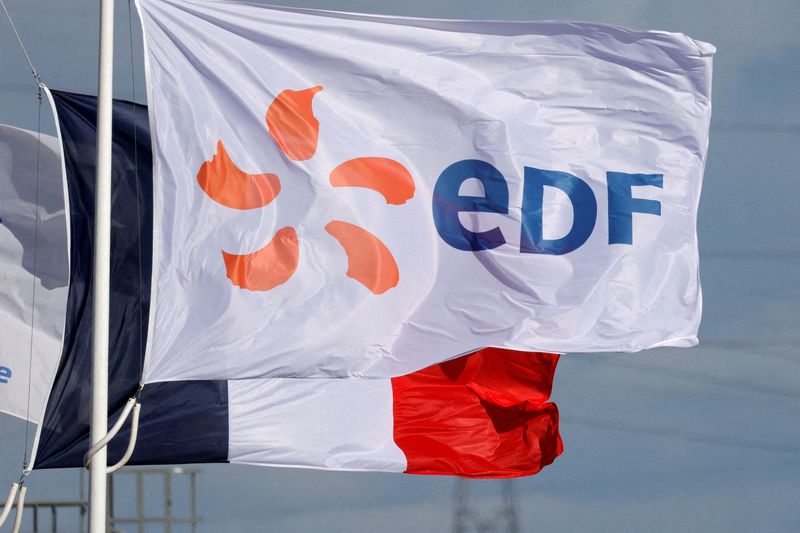