BANGKOK (Reuters) – Thailand’s central bank will raise interest rates gradually to curb inflation and ensure a smooth recovery as the economy is expected to return to pre-pandemic levels late this year or early next year, its governor said on Wednesday.

The recovery of Southeast Asia’s second-largest economy has lagged other countries as its vital tourism sector has just started to recover while investment remains sluggish.

The economy is expected to grow about 3% this year and 4% the next, Bank of Thailand Governor Sethaput Suthiwartnarueput told a business seminar. Last year’s growth of 1.5% was among the slowest in the region

The BOT, among Asia’s less hawkish central banks, last month raised its key interest rate for the first time in nearly four years, by a quarter point to 0.75%. A further hike is expected at the next meeting on Sept. 28, as inflation hit a 14-year high of 7.86% in August.

Monetary policy normalisation will be conducted in a gradual and measured manner in accordance with economic conditions, Sethaput said, adding that a larger move or a pause is possible if necessary.

“Our goal is to make the takeoff smooth… we don’t want financial conditions to tighten too quickly and disrupt the recovery,” he said.

Sethaput reiterated that the BOT was not behind the curve in its policy and, unlike others, hiked rates even before the economy returned to its pre-pandemic levels. 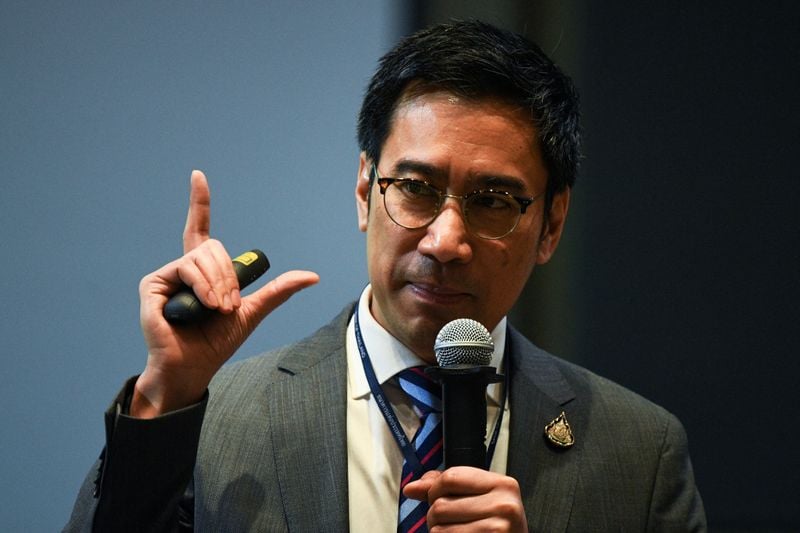