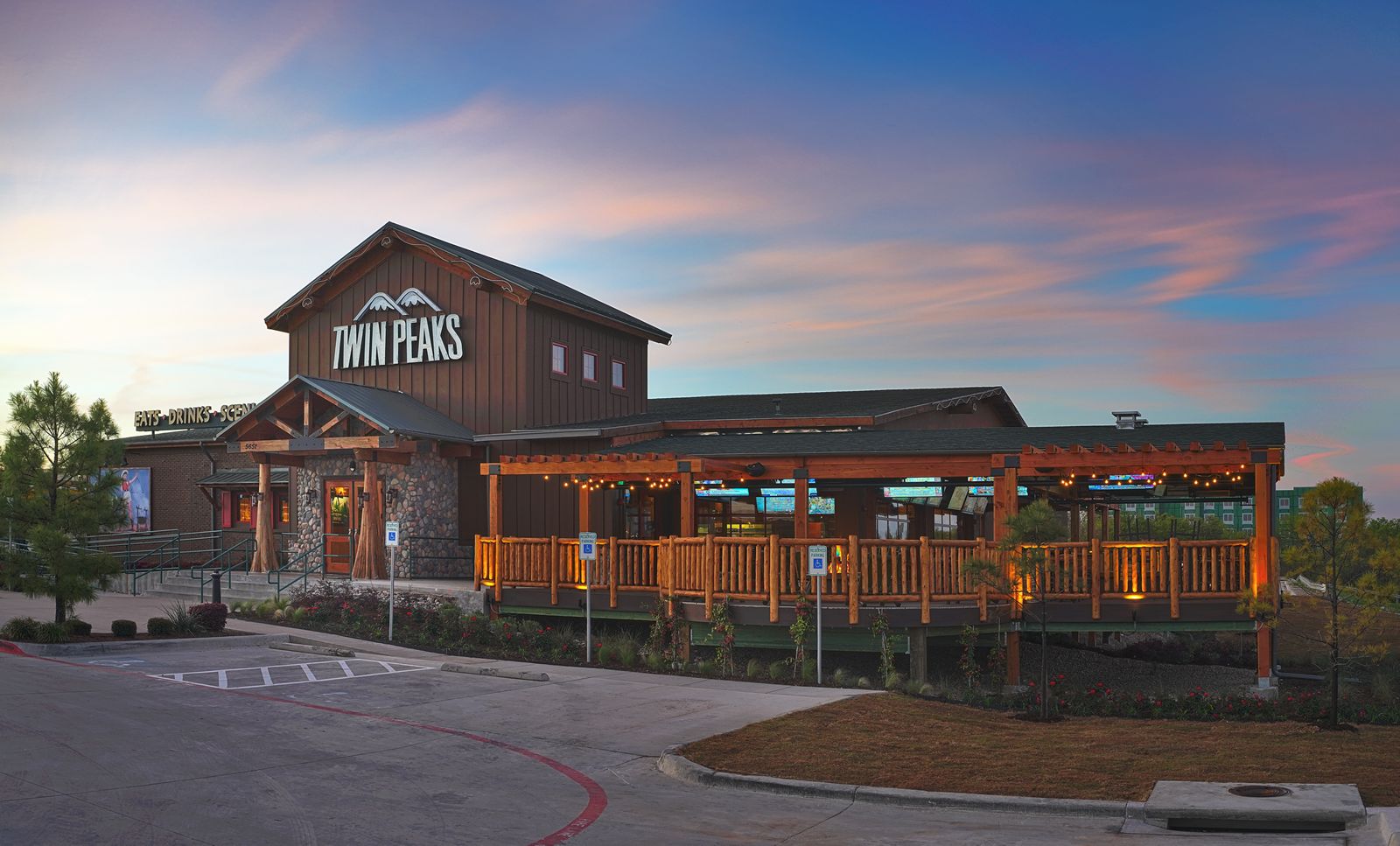 Dallas, TX  (PRESS RELEASE)  Sports fans in and around Louisville will soon learn why Twin Peaks Restaurant, with the coldest beer in the business and best scenic views around, is the ultimate sports lodge experience!

By extending its previous agreement JEB will now be able to develop and operate a total of 12 restaurants. The plans are to to expand more around Cincinnati and Columbus, while also growing in Louisville and southern Indiana.

“JEB has been a fantastic franchisee and we’re excited to continue working with them to expand the Twin Peaks brand in the Louisville market and throughout the Ohio Valley,” Hummel said. “The partners within JEB have been working in the real estate and restaurant industries for decades and they know how to tackle expansion quickly and effectively. Sports fans throughout Ohio and Kentucky will be thrilled to know that more scenic views are coming!”

JEB consists of real estate investors and developers John Hong and Brent Irish as well as Ed Williams, the leader of the group with more than 30 years of experience in the restaurant industry, including a stint as a Wendy’s franchisee.

“From the time we opened our first location in Ohio, we’ve loved being a part of the Twin Peaks family,” Williams said. “Our initial restaurant in West Chester was a huge success and each one since has only been better because our guests love the scratch-made food, ice-cold beer and the care they get from the Twin Peaks Girls! We expect the same response as we venture closer to Louisville.”

Twin Peaks offers more than just wall-to-wall TV coverage of every major sporting event, tournament, game and fight. In addition to Twin Peaks’ wide selection of draft favorites, the robust beverage menu has something for everyone, whether it’s a rare bourbon or tequila poured over a crystal-clear ice ball or a hand-crafted cocktail. Plus, the made-from-scratch kitchen is bursting with flavors with items such as hand-smashed burgers seared to order, beer-battered chicken tenders, in-house smoked favorites and game day shareables for the whole crew.

Founded in 2005 in the Dallas suburb of Lewisville, Twin Peaks is nearing 100 locations in the US and Mexico. Twin Peaks is the ultimate sports lodge featuring made-from-scratch food and the coldest beer in the business surrounded by scenic views and the latest in high-definition TVs. At every Twin Peaks, guests are immediately welcomed by a friendly Twin Peaks Girl and served up a menu made for MVPs. From its smashed and seared to order burgers to its in-house smoked brisket, pork and wings, guests can expect menu items capable of satisfying every appetite. To learn more about franchise opportunities, visit twinpeaksfranchise.com. For more information, visit twinpeaksrestaurant.com.

This press release contains forward-looking statements within the meaning of the Private Securities Litigation Reform Act of 1995, including statements relating to the timing and performance of new store openings and growth in same-store sales. Forward-looking statements reflect expectations of management concerning the future and are subject to significant business, economic and competitive risks, uncertainties and contingencies, including but not limited to uncertainties surrounding the severity, duration and effects of the COVID-19 pandemic. These factors are difficult to predict and beyond our control, and could cause our actual results to differ materially from those expressed or implied in such forward-looking statements. We refer you to the documents that are filed from time to time by FAT Brands Inc. with the Securities and Exchange Commission, such as its reports on Form 10-K, Form 10-Q and Form 8-K, for a discussion of these and other factors. We undertake no obligation to update any forward-looking statement to reflect events or circumstances occurring after the date of this press release.