MUMBAI (Reuters) -Indian lender Yes Bank is likely to approve the transfer of stressed assets worth 480 billion rupees ($6 billion) to private equity firm J.C. Flowers at its next board meeting, said a source with direct knowledge.

A rival consortium led by private equity firm Cerberus and Asset Reconstruction Company of India withdrew its bid after submitting an expression of interest earlier this year, two sources said.

“We evaluated the loan accounts carefully and realised that there were so many fraud-hit and other problematic accounts that recovery would have been a challenge,” said the second source.

J.C. Flowers had submitted an initial bid of 111.83 billion rupees for the entire stressed loan portfolio of 480 billion rupees. The Cerberus-ARCIL consortium was supposed to submit a competing bid by Sept. 7 but they withdrew, the sources said.

“Once the board approves the J.C. Flowers bid, it will take about a month for the paperwork to be completed and the assets to be transferred,” the first source said.

Yes Bank, Cerberus and ARCIL did not immediately respond to an email request seeking comment, while J.C. Flowers declined to comment.

Lender Yes Bank believes that its gross bad loans can come down to 2% from 13.4% in June quarter after transferring the bad loans to the new asset reconstruction company, it said earlier.

The bank had already provisioned for over 80% of the total loan value which will now be transferred to J.C. Flowers.

The transfer of stressed loans away from its book is a crucial step for Yes Bank and comes more than two years after the central bank had to step in to take control of the bank after a dramatic rise in toxic assets alarmed investors and depositors, posing a systemic risk to India’s banking sector.

The lender raised capital worth $1.1 billion by selling up to a 10% stake to Carlyle Group and Advent International in August. The confidence capital has also helped its stock rise up by nearly 40% since June 30. 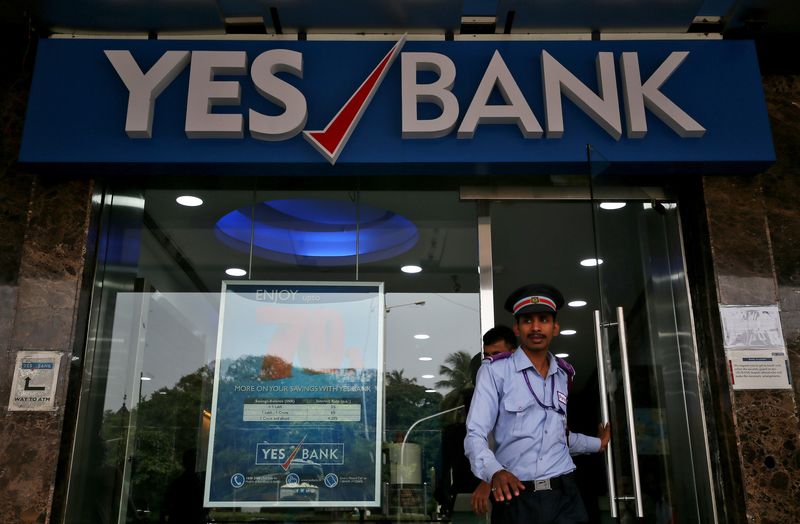