(Reuters) -A key measure of how many Americans lived in poverty in 2021 fell to a record low thanks in large part to federal government assistance measures aimed at supporting households through the COVID-19 pandemic, the Census Bureau said on Tuesday.

The supplemental poverty rate fell to 7.8% in 2021 from an upwardly revised 9.2% in 2020, according to a measure that takes into account government support offered through programs such as food assistance, tax credits and the stimulus checks. That was the lowest rate since the bureau began collecting that data in 2009.

The number of people living in poverty under that measure fell by nearly 4.5 million to 25.6 million, from more than 30 million in 2020, with a collection of tax credits such as the earned income tax credit and child tax credit driving a big part of the decline. Those credits alone lifted some 9.6 million out of poverty last year, bureau officials said.

The reduction was most pronounced among those under the age of 18, with the number of children living in poverty dropping to 3.8 million, a nearly 50% reduction from 7.2 million in 2020. The child poverty rate tumbled to 5.2% from 9.7%.

That drop was mostly attributable to the enhanced refundable child tax credit enacted under President Joe Biden’s American Rescue Plan in March 2021, said Liana Fox, the bureau’s assistant division chief for the Economic Characteristics, Social, Economic and Housing Statistics Division. In the absence of the child tax credit, the child poverty rate would have only fallen to 9.2%.

The decline in child poverty was not matched, however, by seniors. The number of those 65 years or older in poverty last year rose by nearly 900,000 to 6 million and the poverty rate for that group climbed to 10.7% from 9.5%.

With a larger share of that population living on fixed incomes, the increase was likely because those incomes did not keep up with accelerating inflation, Fox said. In the 12 months through December 2021, the Consumer Price Index had risen 7% and year-over-year increases had averaged 4.7% over the course of that year, the highest since 1991. 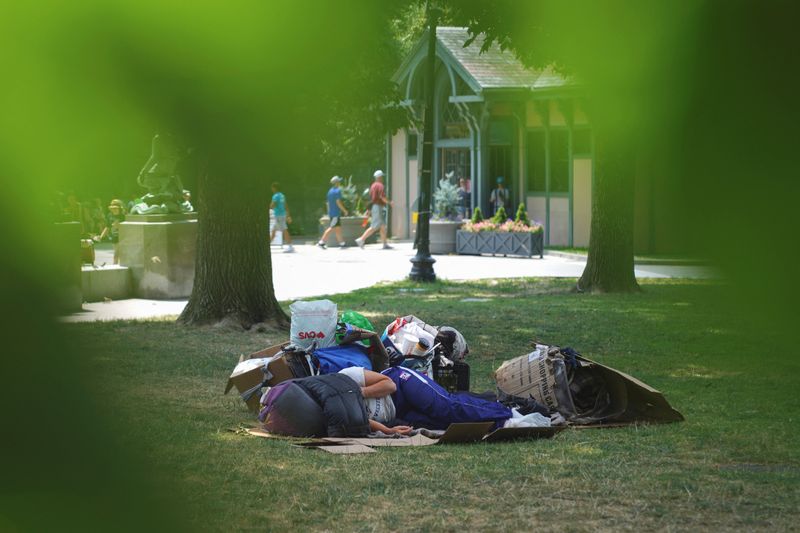