LONDON (Reuters) -Thousands of mourners took their places in a queue snaking around the centre of London on Thursday, recognising without complaint that they might have to wait for hours to see the late Queen Elizabeth lying in state.

Some even braved the rain and slept on the pavement overnight to secure their position in the queue, which could stretch for 10 miles to gain access to Westminster Hall, the oldest building on the estate that houses parliament where the late queen will lie in state https://www.reuters.com/world/uk/king-charles-be-joined-by-sons-other-royals-solemn-procession-2022-09-13/ until her funeral on Monday.

Government officials said they could not put a precise figure on how many would want to file past the queen’s coffin, but around 750,000 people were expected to pass through Westminster Hall from 5 p.m. (1600 GMT).

Archbishop of York, Stephen Cottrell, speaking to people in the line, said: “We are honouring two great British traditions, loving the queen and loving a queue.”

Among those gathered, some were there to represent elderly parents, others to witness history and many to thank a woman who, having ascended the throne in 1952, was still holding official government meetings just two days before she died.

Jacqui D’Arcy, 63, from Essex in southeastern England, arrived to take her place in the queue in the early evening of Tuesday.

“It’s important for me to pay my respects to the late queen,” she said. “Plus, my parents love the royal family. And they can’t make it up here. So it’s a two-way, I’m coming for my mum and dad, and for myself.”

“She’s given 70 years of her life to us. I’m sure I can give 24 hours of mine, just give that respect to her,” he said of the queen, who died last week, aged 96, at Balmoral Castle in Scotland.

The outpouring of sadness triggered by Elizabeth’s death has already drawn large crowds in Scotland, where she lay for 24 hours in St Giles’ Cathedral in Edinburgh. Around 33,000 people paid their respects during that period.

The London memorial, lasting almost five days and ending on the morning of her funeral, is a much larger occasion.

The hundreds of thousands predicted to join the line will be asked to queue along the southern bank of the River Thames, winding past landmarks including the giant London Eye ferris wheel and a reconstruction of Shakespeare’s Globe theatre.

Upon joining the queue, mourners will be given a coloured wristband which will be numbered and will allow them to briefly leave the queue to use a toilet or get food and drink.

More than 1,000 stewards, volunteers, marshals and police officers will line the route, with first aid provided to those who might find the waiting too much. The British Film institute will have an outdoor screen broadcasting footage of the queen and her reign. 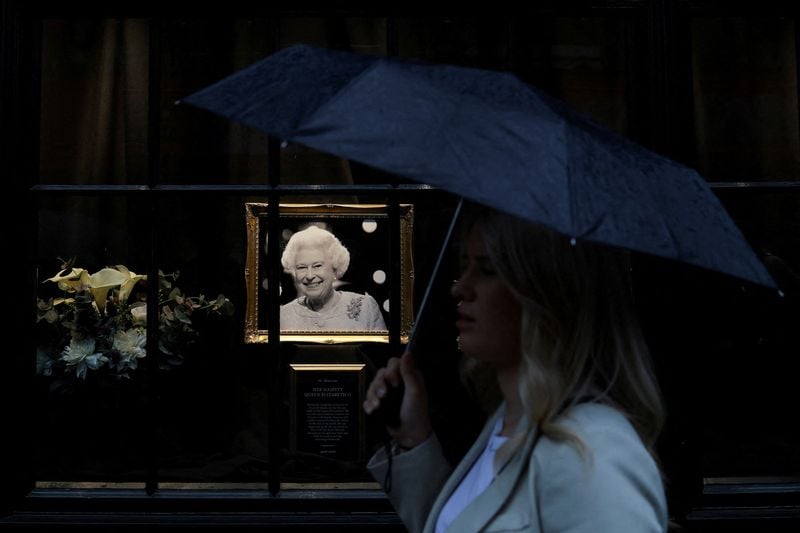 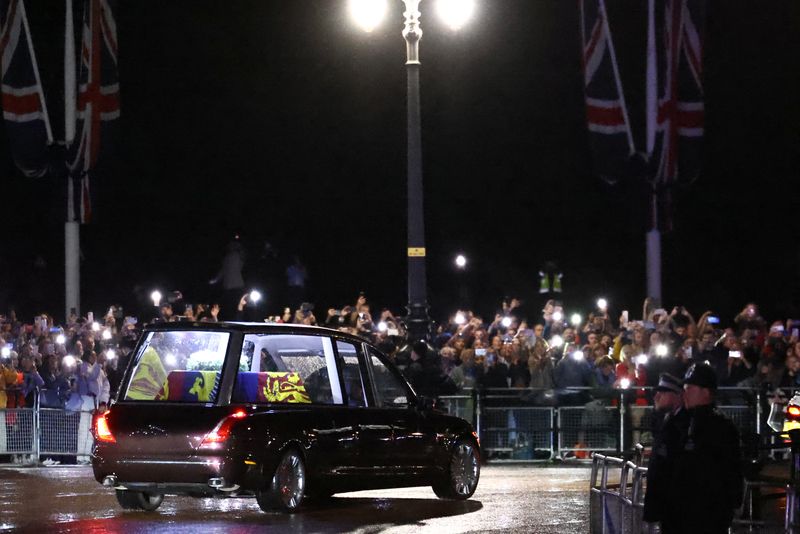 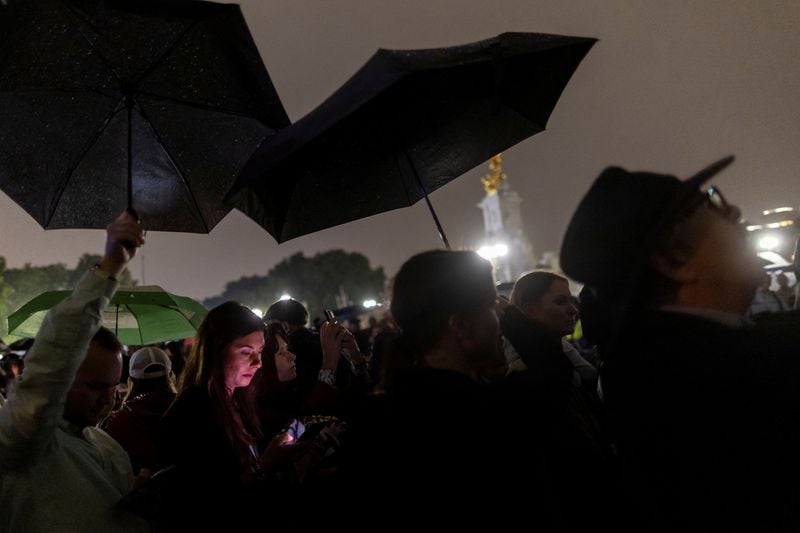