Retail sales volume fell 0.8% from the previous month, while economists polled by Reuters expected a 0.3% increase. From July last year, sales were down 5.2%. Economists had expected them to show a 3.5% decrease.

Of the eight activities surveyed by the agency, only fuels and lubricants posted growth in the month, mirroring a series of cuts in fuel prices by state-owned oil company Petrobras .

The poor sequence of results brings Brazil close to the levels seen before the pandemic, after having been significantly above them.

“This level has already been much higher. In July 2021, it was 5.3% above February 2020,” said the survey manager Cristiano Santos in a note.

Textiles, clothing and footwear were the main driver for the fall in July, posting a 17.1% drop.

Analysts at XP Inc said that the current monetary tightening cycle and the high level of household debt in Brazil have weighed on retail sales.

“Nevertheless, we continue to believe that the labor market recovery along with additional short-term fiscal stimulus will soften the slowdown in retail by providing support to demand for the more income-sensitive goods,” said XP’s economist Rodolfo Margato in a note to clients. 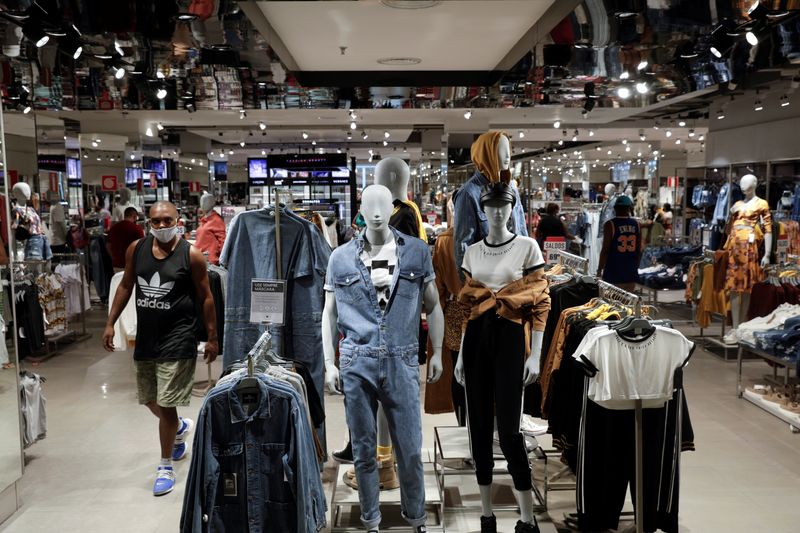