(Reuters) – California Governor Gavin Newsom said on Tuesday he had signed a bill into law requiring transparency of social media companies, a move that could draw criticism from tech firms and industry groups.

The law, AB-587, will require social media companies to publicly post their policies regarding hate speech, disinformation, harassment and extremism on their platforms, and report data on their enforcement of the policies.

Last year, the governor of Texas signed a bill prohibiting social media firms from restricting users or their posts based on their viewpoint. The Supreme Court in May blocked the law, after technology industry groups sued.

“California will not stand by as social media is weaponized to spread hate and disinformation that threaten our communities and foundational values as a country,” Newsom said in a statement.

The latest measure is expected to bring transparency and accountability to the policies that shape social media content, Newsom added.

(Reporting by Maria Ponnezhath in Bengaluru; editing by Jason Neely) 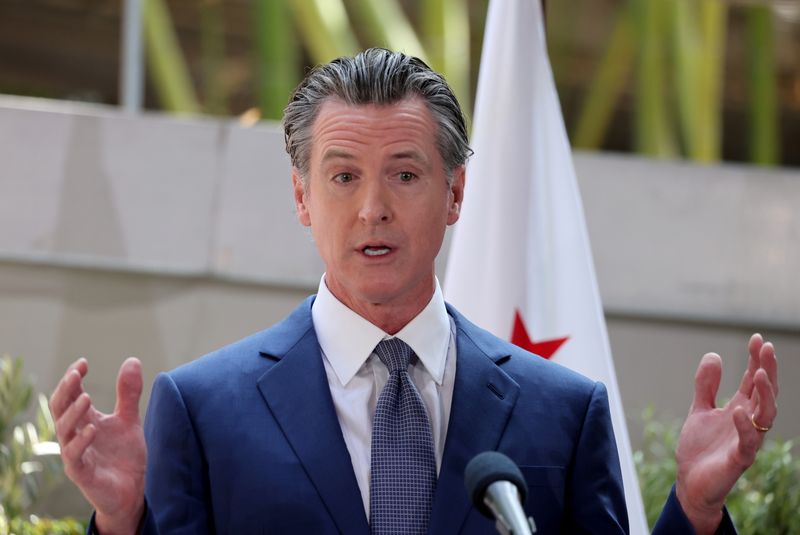