BRUSSELS (Reuters) -The European Union executive will recommend suspending billions of euros earmarked for Hungary over corruption woes, two officials told Reuters on Wednesday, in what would be the first such move against Prime Minister Viktor Orban.

The head of the executive, European Commission President Ursula von der Leyen said in her annual policy speech to the European Parliament on Wednesday she would freeze funding for members damaging democracy, and singled out corruption.

“We must fight for our democracies… I would like to focus on corruption,” she said, without naming Hungary specifically.

But her executive was expected to recommend on Sunday the suspension of up to 70% of 22.5 billion euros ($22.44 billion)worth of cohesion funds earmarked for Hungary from the EU’s 2021-27 budget, according to the EU officials. Neither specified the exact sum in question.

The Hungarian forint and bonds weakened on the news on Wednesday as European lawmakers denounced Orban for years of dismantling the rights of migrants, gays and women, as well as the freedom of media, academics and courts.

Hungary’s veteran premier Orban denies such criticism but is under pressure to secure funds for his ailing economy. Budapest promised to set up an anti-corruption agency and said repeatedly it was hoping for a deal with Brussels.

But the Commission has been cautious, with distrust running high after years of acrimonious feuds with Orban.

Any cuts would come on top of some 6 billion euros from the bloc’s separate COVID-19 economic stimulus earmarked for Hungary but blocked by the Commission over the same corruption concerns.

EU countries would have up to three months to decide on the Commission recommendation through a majority vote.

One of the officials said any final decision could still change if Hungary follows up with “more detail and implementation” of the anti-graft measures it proposed during that time.

Hungary had by far the highest share of irregularities in the whole bloc in spending EU funds in 2015-19, according to the EU anti-fraud agency. Brussels has long called for transparency, competition and accountability in Hungarian public procurement. 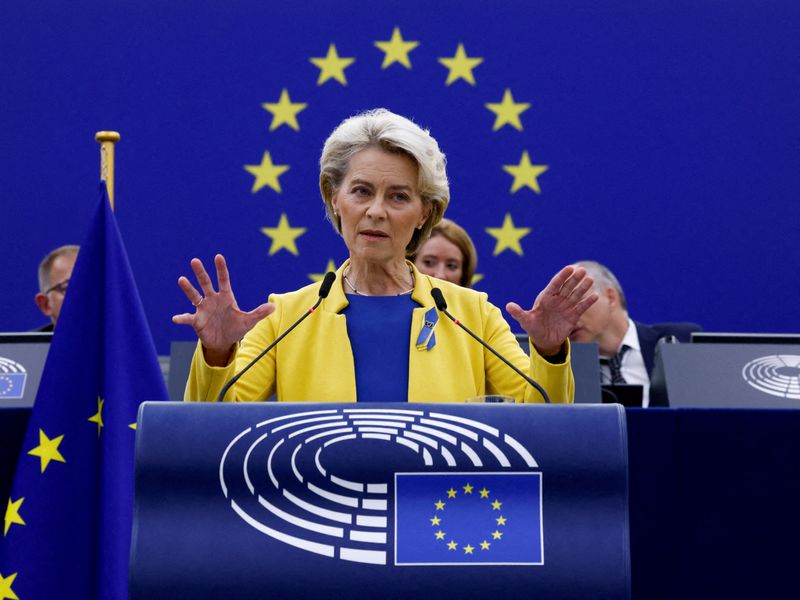