(Reuters) -European shares dipped on Wednesday after higher-than-expected U.S. inflation cemented views of a large interest rate hike by the Federal Reserve next week, but a rally in retailers led by Spain’s Inditex kept declines in check.

The reading sparked the steepest fall in two years on Wall overnight and also led to a broad sell-off in Asian markets earlier in the day.

The benchmark European index was headed for a month of gains despite snapping a three-session winning streak on Tuesday, supported by gains in lenders after the European Central Bank (ECB) delivered an unprecedented 75 bps interest rate hike last week.

ECB policymakers see a rising risk that they will have to raise the key interest rate to 2% or more to curb record-high inflation in the euro zone despite a likely recession, sources told Reuters.

Inflation hit 9.1% in August, well above the central bank’s 2% target.

“The interesting thing about European inflation is that it has become much more policy-dependent, so we kind of expect inflation to peak somewhere at the end of this year,” said Erik-Jan van Harn, global economics & markets macro strategist at Rabobank in Utrecht, Netherlands.

The Spanish fast-fashion retailer reported a 24.5% jump in six-month sales and a higher profit than a year ago, closing July on a strong footing just before fashion demand started weakening last month due to rampant inflation.

Spanish stocks were among the few gainers in Europe, up 0.5%.

Meanwhile, the European Commission unveiled a series of proposals to curb the energy price spike after Moscow slashed gas supplies in response to sanctions for its invasion of Ukraine.

“If the EU says we are going to have a price cap for power and electricity or gas prices then that could turn out really different because EU has less incentive to decrease demand, then the inflation is going to peak lower but it is going to continue for longer,” Rabobank’s van Harn said.

Among other stocks, American-Italian-French automaker Stellantis NV gained 1.1% after it said late on Tuesday that it would buy back shares worth about 923 million euros ($919.31 million) from General Motors Co. 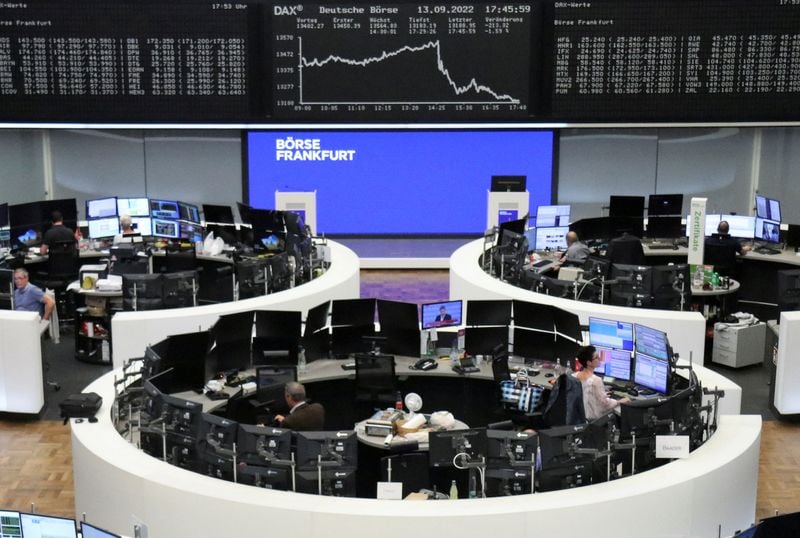