(Refiles to correct typographical error in “Zuckerberg” in headline)

A campus employee who handled the package after its arrival on Tuesday was injured when it detonated and was later taken to a hospital for treatment of his injured hands, Boston police said. A second suspicious package was found and rendered safe.

Police said they were investigating the incident together with the Boston Fire Department and Boston Emergency Medical Service. Some evening classes were canceled on Tuesday, but campus activities will resume as normal on Wednesday, Northeastern said on its website.

Authorities have not said who might have sent the package or why Northeastern might have been targeted.

The note was packed into a pressurized container that exploded when it was opened, WCVB added.

Meta did not immediately respond to a request for comment on the reports, nor did the Boston Police Department.

Police at other Boston-area campuses including Harvard University and the Massachusetts Institute of Technology have urged people to be cautious and report any suspicious packages.

The city was rocked by the Boston Marathon bombings of 2013, when three people were killed and more than 260 others wounded by a pair of homemade bombs at the annual race.

A jury in 2015 sentenced Dzhokhar Tsarnaev to death for carrying out the attacks with his older brother, who died several days after the bombing in a gunfight with police. 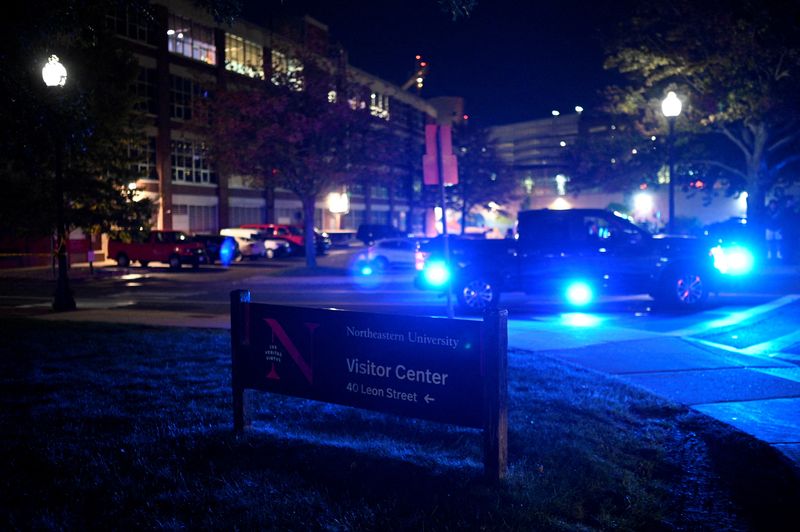