Riksbank Governor Stefan Ingves had already said that it must act forcefully, despite worries that the economy is heading into a sharp slowdown.

Consumer prices in August, measured with a fixed interest rate, rose 1.5% from the previous month and were up 9% from the same month last year, the statistics office (SCB) said.

Headline inflation was at its highest level since June 1991, above analysts’ expectations of 8.8% and the central bank’s June forecast of 7.5%.

The Riksbank delivered its biggest hike in more than 20 years in June, taking Sweden’s benchmark rate to 0.75% from 0.25%. It said it would need to do more over the coming months with rates likely to reach around 2% at the start of next year.

But inflation has proved more persistent and prices have topped the Riksbank’s forecasts.

Some analysts now expect inflation to hit 10% later this year, compelling the Riksbank do more and faster, even though increased mortgage costs will pile on the pain for households, already struggling with record energy and fuel prices.

“We maintain our call of two consecutive 75 basis point rate hikes in the autumn followed by a 25 basis point hike in February,” Swedbank said.

The European Central Bank and the Federal Reserve have both hiked rates by three quarters of a percentage point creating a comforting precedent for the Riksbank, which targets 2% CPIF inflation.

“There is no doubt that monetary policy will be tightened swiftly,” Nordea economist Torbjorn Isaksson said.

Nordea expects three quarter point hikes in September and November and a 25 basis point hike in February next year, taking the benchmark rate to 2.5%. 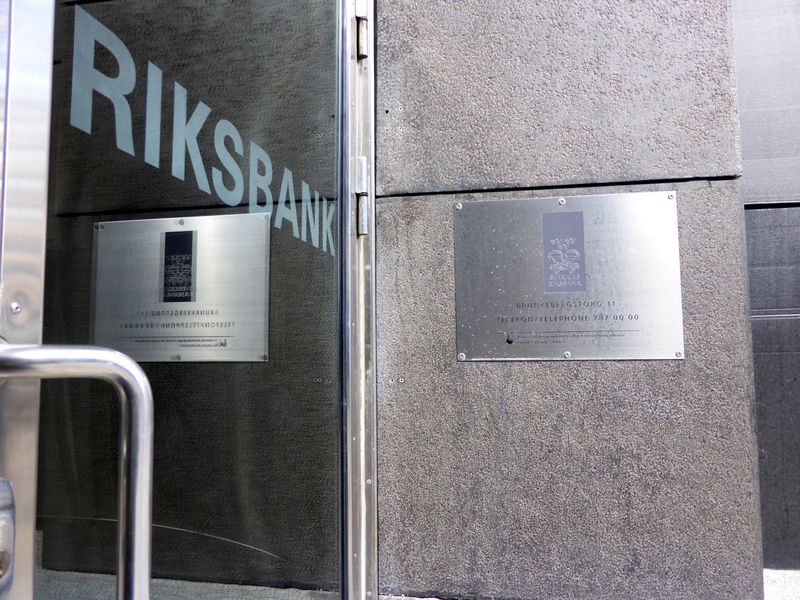