BOSTON (Reuters) -A federal judge on Thursday set aside the conviction of a former University of Southern California water polo coach charged with participating in a vast U.S. college admissions fraud and bribery scheme and ordered a new trial.

“The jury convicted Mr. Vavic on every single count, and we believe they got it right,” Rollins said.

Vavic was convicted in April in the second trial to result from the “Operation Varsity Blues” investigation, which exposed how some wealthy parents went to extreme lengths secure spots for their children at schools like Yale, Georgetown and USC.

They did so with the help of William “Rick” Singer, a California college admissions consultant who admitted in 2019 to facilitating college entrance exam cheating and bribing coaches to secure his clients’ children’s admission as phony athletes.

Fifty-three people have pleaded guilty, including actors Lori Loughlin and Felicity Huffman. Two parents were convicted in one trial, while another was acquitted in June.

While prosecutors said some money that Singer paid went toward Vavic’s children’s private school tuition, another $100,000 went to not the coach but to a USC account used to fund the water polo team.

Talwani said jurors were instructed that any payment had to harm USC’s interests, yet prosecutors wrongly suggested it was enough to prove a misrepresentation and gain to Vavic, who did not misuse the donations.

“And, however distasteful, there is nothing inherently illegal about a private institution accepting money in exchange for a student’s admission,” Talwani said.

(Reporting by Nate Raymond in Boston; Editing by Josie Kao and Christopher Cushing) 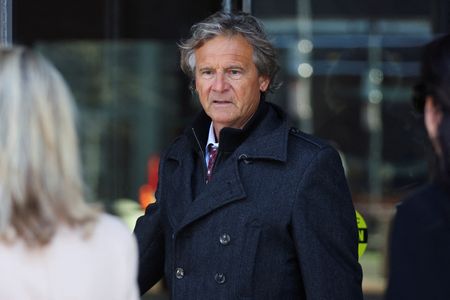