WASHINGTON (Reuters) -President Joe Biden’s administration secured a tentative deal on Thursday to avert a railway strike that could have wreaked havoc on the U.S. economy, but union members angered by tough work conditions have yet to ratify the agreement.

A deal between major U.S. railroads and unions representing tens of thousands of workers was reached after about 20 hours of talks brokered by Labor Secretary Marty Walsh. Workers agreed not to strike while votes are tallied over the next several weeks, avoiding a stoppage that could have started on Friday.

Walsh told Reuters it was a “very nice contract, good contract for workers” and for employers. It had provisions that “have never been in contracts before” for rail workers.

“I’m optimistic that we can do this in other fields as well,” Biden said. “Unions and management can work together for the benefit of everyone.”

If they accept the deal that was announced at about 5 a.m. (0900 GMT), workers whose pay had been frozen would win double-digit increases and would be allowed to seek certain types of medical care without fear of being punished, union leaders said. The agreement also includes an immediate 14.1% wage rise.

Workers have gone three years without a raise amid the contract dispute, with talks stalling over attendance, sick time and scheduling issues. Only two of 12 unions – representing less than 10% of the workforce – are known to have ratified new contracts with freight railways.

The unions, including two large groups representing around 60,000 workers, will need to persuade their members to vote for Thursday’s deal. That might be a tough sell, labor experts warned. Walsh said unions will get the deal over the next month or two and then hold votes.

“There’s a lot of anger among the members of these two unions because they feel, after being essential workers during the COVID pandemic, they were getting screwed on the attendance policy and getting punished for taking sick leave,” said Seth Harris, a professor of Northeastern University and former Biden administration official focused on labor and the economy.

Negotiations on an agreement had stretched for more than two years, leading Biden to appoint an emergency board in July to help break the impasse.

Biden’s Democrats, who regularly voice support for unions, face November elections that will determine whether they retain their narrow control of Congress. Republican control would likely block much of Biden’s legislative agenda for the next two years of his presidency.

Congressional leaders had threatened to pass legislation imposing a resolution on the railroads and unions if the negotiations were not successful.

“Thankfully this action may not be necessary,” Pelosi said in a statement.

A rail shutdown could have frozen almost 30% of U.S. cargo shipments by weight, stoked inflation, cost the American economy as much as $2 billion per day and unleashed a cascade of transport woes affecting U.S. energy, agriculture, manufacturing, healthcare and retail sectors.

General Motors Chief Executive Mary Barra said Thursday a rail shutdown would have forced the closure of some truck plants “within a day” and snarled new car deliveries to dealerships.

Oil futures fell over 3% to a one-week low on the deal amid expectations for weaker global demand.

The impact of a shutdown would have stretched beyond U.S. borders because trains link the United States to Canada and Mexico and provide vital connections to massive ships that ferry goods from around the globe.

Amtrak, which runs U.S. passenger rail, said it will resume normal service on Friday after canceling long-distance trains in anticipation of a strike.

The railroad industry slashed almost 30% of its workforce over the past six years, cutting pay and other costs as companies increased profits, stock buybacks and dividends for investors.

The number of U.S. railway workers has dropped from more than 600,000 in 1970 to about 150,000 in 2022, according to the Bureau of Labor Statistics, due to technology and cost-cutting. The result is that many industry workers are on call at all hours, waiting to respond at short notice to work for days at a time.

Thursday’s deal follows some earlier recommendations of the president’s emergency mediators. It includes a 24% percent wage increase over a five-year period from 2020 through 2024 as well$1,000 lump sum payments in each of the next five years.

Biden, who has criticized companies for raking in “excessive” profits, faces other supply-chain labor issues. Some 22,000 union workers at 29 West Coast ports that handle almost 40% of U.S. imports are also in high-stakes labor contract negotiations. 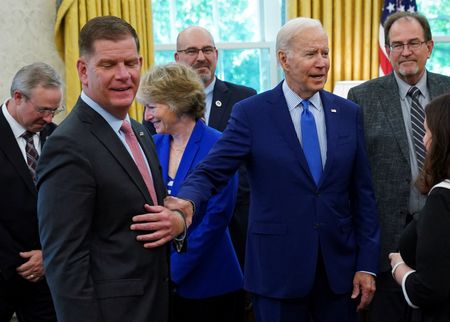 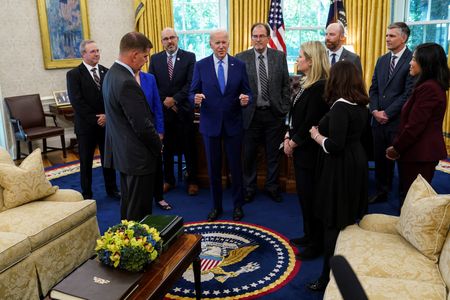 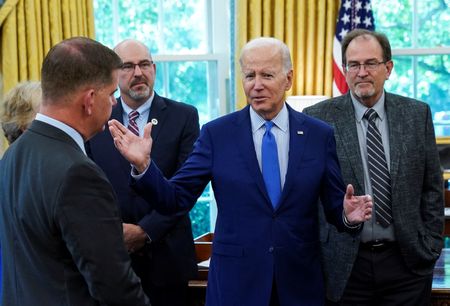 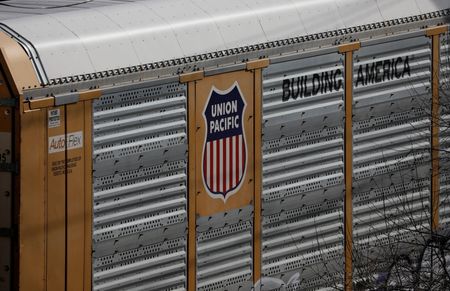 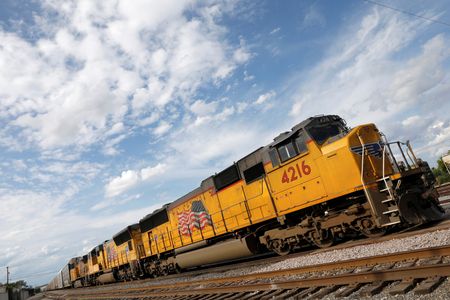