WASHINGTON (Reuters) -President Joe Biden met on Friday with families of two Americans being held by Russia, and personally reassured them he is working to gain freedom for the detainees.

Biden conducted the separate meetings to assure the families that the detainees “are at front of mind,” said White House press secretary Karine Jean-Pierre.

“We’re going to continue to do everything that we can, working tirelessly every day, to make sure that we get them , home,” she told reporters.

Biden “appreciated the opportunity to learn more about Brittney and Paul from those who love them most, and acknowledged that every minute they are being held is a minute too long,” Jean-Pierre said in a statement after the meetings.

Griner, a two-time Olympic gold medalist and Women’s National Basketball Association (WNBA) star, was sentenced to nine years in a Russian prison on drug charges on Aug. 4, a verdict that Biden called “unacceptable”.

The United States in late July said it has put forward a “substantial offer” to secure the release of the two Americans.

Last month, Russia’s foreign ministry said it was engaged in “quiet diplomacy” with the United States about a potential prisoner swap that could include Griner and Whelan.

But there have been few public developments on the issue over the past weeks.

Washington has offered to exchange Russian arms trafficker Viktor Bout for Griner and Whelan, sources familiar with the situation have told Reuters.

“A substantial offer is on the table and they should accept it,” said Jean-Pierre.

Whelan, who holds American, British, Canadian and Irish passports, was sentenced in 2020 to 16 years in jail after being convicted of spying. He denied the charge.

Griner, who had been prescribed medical cannabis in the United States to relieve pain from chronic injuries, was arrested at Moscow’s Sheremetyevo airport in February with vape cartridges containing hashish oil in her luggage.

Cannabis is illegal in Russia for both medicinal and recreational purposes. 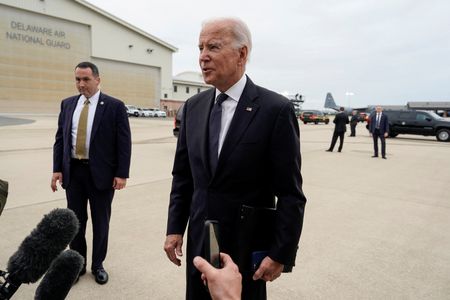 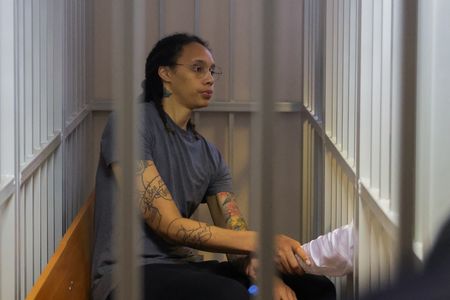