(Reuters) – Thailand’s central bank on Friday said it was closely monitoring the baht and was ready to manage any excessive moves in the currency which hit its weakest level in nearly 16 years.

The baht, one the of region’s worst-performing currencies, hit a level of 37 baht to the U.S. dollar on Friday, the weakest since December 2006. It has weakened about 10% against the greenback so far this year.

The baht is more volatile due mainly to external factors, including expectations of more aggressive U.S interest rises and deteriorating risk sentiment in emerging Asian markets after China’s yuan had fallen below 7 per dollar, the Bank of Thailand (BOT) said in a text message to reporters.

There was also a specific factor for Thailand due to falling gold prices, resulting in more dollar buying by gold companies, Assistant Governor Alisara Mahasandana said in the statement.

“The BOT is closely monitoring the movement of the baht and is ready to take action when the baht moves in an unusually volatile way in order not to affect the adjustment of the real economy,” she said.

The currency tended to become more volatile, particularly when it depreciated past the 37 baht to the dollar level, she noted.

The BOT also urged businesses to manage risks to mitigate the effects of high financial market volatility, she added. 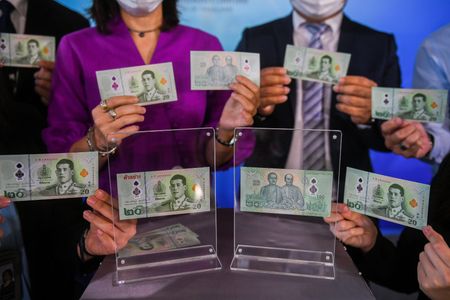