WASHINGTON (Reuters) – U.S. President Joe Biden said in an interview aired on Sunday that his predecessor Donald Trump’s handling of classified documents was “totally irresponsible” but that he is staying out of the investigation.

Seeing the classified documents turned up by an Aug. 8 FBI search of Trump’s Florida residence at Mar-a-Lago caused Biden to wonder “how anyone can be that irresponsible,” he said in an interview on CBS’ “60 Minutes” program.

“I thought, what data was in there that may compromise sources and methods? And by that, I mean, names of people who help etc., and it’s just totally irresponsible.”

The remarks broke with Biden’s pattern of avoiding commenting on the Justice Department’s criminal probe of his onetime political rival for possibly taking ultra-sensitive material to his residence after his term ended in January 2021.

Biden, a Democrat, defeated the Republican Trump in the 2020 presidential election. Trump, who has weighed another run for office, has described the court-approved search as politically motivated.

Biden said he had not received a classified briefing on the contents of those documents.

“I have not asked for the specifics of those documents because I don’t want to get myself in the middle of whether or not the Justice Department should move or not move on certain actions they can take,” Biden said. “I agreed I would not tell them what to do and not, in fact, engage in telling them how to prosecute or not.”

The Justice Department has said it was investigating Trump for removing White House records because it believed he illegally held documents including some involving intelligence-gathering and clandestine human sources – among America’s most closely held secrets.

Biden’s intelligence chief is also investigating whether the disclosure of information in those documents presented national security risks. 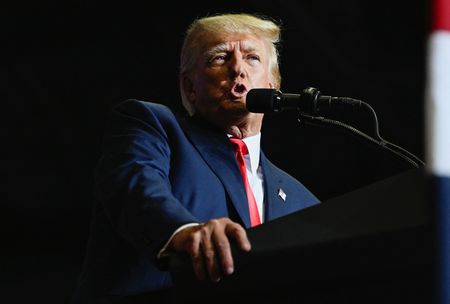