LONDON (Reuters) – The world’s central bank umbrella body, the Bank for International Settlements (BIS), has urged major economies to forge ahead with forceful interest rate hikes despite the growing threat of recessions and currency market volatility.

The Switzerland-based BIS’ quarterly report acknowledged that both recession and debt risks were rising, but said that bringing soaring global inflation back down remained paramount.

“It is important to act in a timely and forceful way,” the head of the BIS’ Monetary and Economic Department, Claudio Borio, said. “Front-loading (of rate hikes) tends to reduce the likelihood of a hard landing.”

This week is expected to see another super-sized rate hike from the U.S. Federal Reserve, whose sharp moves this year have, alongside Russia’s invasion of Ukraine, already triggered widespread financial market turbulence.

Asked if there was a point at which central banks might go too far, Borio said that is the “1 billion, 3 billion, whatever number of billions you want to say, dollar question”.

What makes it particularly complex, he added, is that this is the first time since at least World War II when policymakers are trying to tackle soaring inflation at a time when debt crises are already breaking out and when serious worries exist about overpriced property markets.

“We know that the path is quite narrow,” Borio said. “Clearly if there was a risk of a recession before, the risk has increased”.

This year’s rapid rise in inflation, interest rates and energy prices has triggered one of the biggest ever sell-offs on financial markets.

Global stocks indicies are down more than 16% since January. The yen, the euro and most emerging economy currencies have been hammered, and yields on U.S. Treasury bonds, the benchmark of world borrowing markets, have surged to the highest since 2011.

A special section of the BIS’ report also pointed to the potential for further trouble ahead.

It warned that replacing Russian oil would be difficult given the limited spare capacity of other major producers and subdued investment in new projects.

That could lead to persistent price rises in oil-related goods while the leap in natural gas prices could have a large and protracted impact on electricity prices and provide a major headwind to industrial production.

Outside the United States, the surge in the dollar is adding to inflation problems and also piling pressure on lesser developed countries who have borrowed heavily in dollars but now struggle to pay the money back as their own currencies crater.

“This could put some further pressure to tighten monetary policy to prevent a big depreciation and could also induce, as an additional tool, foreign currency intervention as it has already in a number of countries,” Borio said. 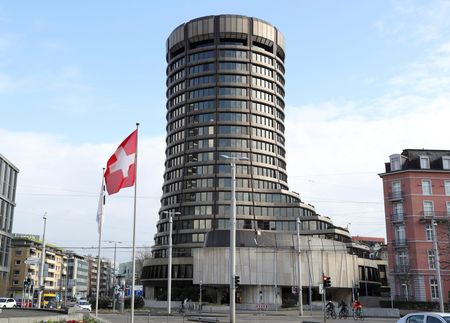