LONDON (Reuters) – Teenager Olivia Burch waited for hours in a queue with other mourners to pay a final tribute to Queen Elizabeth as her body lay in state. But despite that devotion, she thought Britain should no longer have a monarchy.

“I think it’s gone. It’s too traditional and old-fashioned, and I don’t think we can spend so much money on a family with no more right to be here than anyone else,” said the 19-year-old Londoner, one of hundreds of thousands who waited in line to file past Elizabeth’s coffin before Monday’s state funeral https://www.reuters.com/world/uk/britain-world-prepare-say-last-farewell-queen-elizabeth-2022-09-18.

“The queen was different, though.”

Her words, echoed by others who publicly mourned the queen, illustrated some of the challenges King Charles faces as he succeeds his mother after her 70 years on the throne.

The funeral, capping days of pageantry and ceremony since Elizabeth died on Sept. 8, drew hundreds of thousands of people onto the streets of London and millions of viewers on television. The events underlined the affection and respect a majority of Britons felt toward the queen.

Charles, 73, takes the throne at a time when opinion polls show that support in Britain for the monarchy has slipped to its lowest level, and that – despite a jump since he became king – he is much less personally popular than his mother.

He is the oldest person to become a British monarch, and there are still some who resent him and his wife Camilla, now Queen Consort, for the break-up of his first marriage to the late Princess Diana.

“The big question obviously is, when she (Elizabeth) has passed, was it all about her or was it about the institution of monarchy?” historian Anthony Seldon said. “And will King Charles III be able to maintain that prominence in this country … but also across the world?”

Seldon noted how a decade ago, polls showed 75% approved of and valued the monarchy. Now, that figure is 62%.

He said if it ever edged below 50% then the monarchy would be over: “There will be an elected head of state”.

For the time being, there has been a groundswell of goodwill towards Charles. A YouGov survey found backing for Charles had jumped since he became king, with 63% thinking he would be a good king, a rise of 24 percentage points since March.

There was a similar increase in backing for Camilla.

When Charles has met large crowds of well-wishers during a tour of the four capitals of Scotland, Northern Ireland, Wales and England, they have greeted him with cheers and cries of “God Save the King”.

“I think he’s going to be a brilliant king, and with Camilla by his side, he’s going to be absolutely fantastic,” said Rosie Beddows, 57, who was in Westminster Hall when Charles and his siblings held a vigil at his mother’s lying-in-state.

His heartfelt televised address to the nation the day after the queen died and the homage he has paid to his late mother have also been well received, even by some who expressed doubt about him.

“He has not missed a step,” one of his former senior aides, who asked not to be named, told Reuters.

As the heir who waited longer than any other in British history to become king, Charles forged a role for himself campaigning on issues from the environment and climate change to architecture and alternative medicine.

It led to accusations of meddling, a charge that riled him, and to concerns that as king he would abandon his mother’s staunchly neutral and apolitical approach to the role within a constitutional monarchy.

For the time being Charles has put those concerns to bed, stating in his first address to the nation that he would no longer give as much time and energy to the issues that he cared about.

That does not mean his reign will be the same as Elizabeth’s. While she was credited with modernising the monarchy, she was a child of a different era.

The king has already shown a more informal tone, greeting crowds, accepting a kiss from a supporter and publicly professing his love for his wife and children.

Robert Lacey, royal biographer and historical consultant on Netflix’s hit TV drama “The Crown”, said that what was once seen as a weakness may now be Charles’ strength.

“Charles always has been a more emotional person, worn his heart on his sleeve, much more than his mother, and he’s been criticised for it. Well now, heart on the sleeve, emotions of mourning and dedication, he’s conveyed those very well.”

Greater challenges lie ahead for Charles, however, including how to deal with his feuding sons: William, now his heir, and Harry.

He will also need to deliver on his long-held aim of slimming down the monarchy, to help assuage concerns about its cost – especially at a time when the country is at risk of falling into a lengthy recession and is struggling with rampant inflation.

Some media have noted that unlike other Britons, Charles pays no inheritance tax and that he will now have 10 homes and palaces across the country.

The former aide said Charles wanted to ensure that the monarchy produced “value for money”, although stripping it back too far would mean it lost some of its “magic”.

But “Charles has a hell of a job on his hands, a hell of a job,” said Howard Davis, 62, who travelled from his home in Dundee to see the queen’s coffin when it was taken to Edinburgh after her death.

“He has enormous shoes to fill.”

Health worker Elizabeth Shaw, 34, another of those who paid tribute at the queen’s coffin in Scotland, said the loss of such a popular queen was a logical time to take stock.

“As religion plays less of a role in society, people are questioning the role of the royal family,” she said. “People are not just willing to accept that God has chosen these people to be in charge, they want evidence and to have a say.” 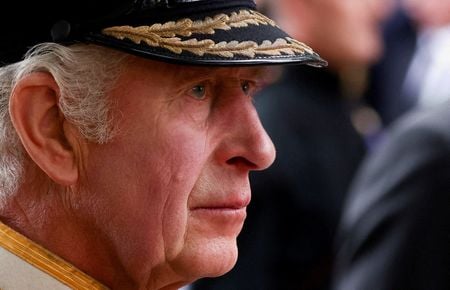 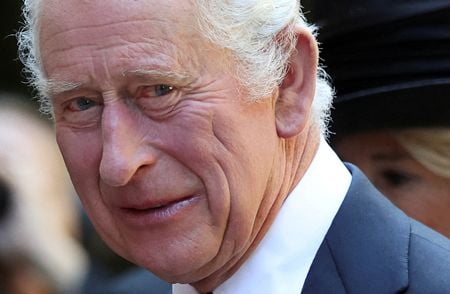 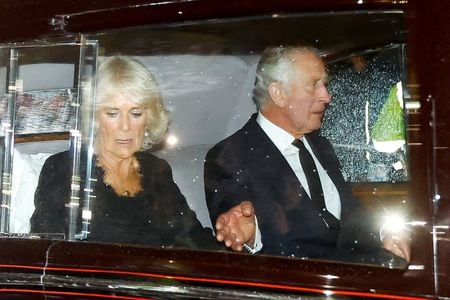