The country’s annual inflation rate slowed to 7.0% in August, below analyst forecasts of 7.3% and down from 7.6% in July. The deceleration was largely due to lower gasoline prices and slower gains in the shelter index, Statistics Canada said.

On the month, the consumer price index fell 0.3%, the largest decline since early in the COVID-19 pandemic. On the other hand, the price of food purchased from grocery stores gained 10.8% on the year, the most since August 1981.

All three core measures of inflation, which taken together are seen as a better indicator of underlying price pressures, eased slightly in August, with the average edging down to 5.2% from an upwardly revised 5.4% in July.

While inflation appears to be easing off peak levels, it remains far above the Bank of Canada’s 2% target. The central bank has hiked its policy rate by 300 basis points in just six months to tackle surging prices.

The data shows those rate increases are starting to work, but the central bank’s job is not yet done, said Michael Greenberg, SVP and portfolio manager at Franklin Templeton Investment Solutions.

“It has maybe taken down some of the risk of a supersized rate hike in Canada in October, but clearly there is still more wood to chop,” he added.

Money markets bets on a 50-bp hike to 3.75% at the October rate decision eased slightly following the data, though the larger move was still favored over a standard 25-bp increase.

Economist are split on how high rates will go this cycle and on when the bank will pause, though some said cooler inflation numbers suggest a lower peak rate for Canada than for the United States, where inflation remains stubbornly hot.

“Today’s numbers reinforce our view that the Bank of Canada might only have one 50-bp rate hike left, whereas the Fed could very well continue raising rates for longer and to higher levels,” said Royce Mendes, head of macro strategy at Desjardins Group, in a note.

Still, economists said much will come down to whether consumer and business expectations on price increases have become further unmoored, with that data due in two surveys to be released by the central bank next month.

Kelvin added that while the central bank could revert back to traditional 25-bp increases at this point, its hands may be tied if the market continues to demand at larger move.

The Bank of Canada hiked its policy rate by 75 bp to 3.25% this month and left the door open to another oversized increase, saying it continues to see front-loading as the best way to battle fast-rising prices.

(Reporting by Julie Gordon in Ottawa; Additional reporting by Dale Smith and Steve Scherer in Ottawa and Fergal Smith in Toronto; Editing by Chizu Nomiyama and Andrea Ricci) 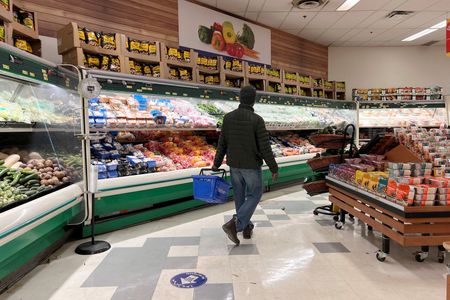 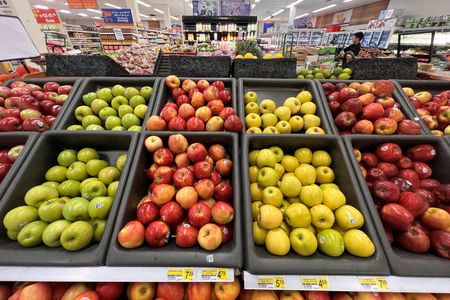